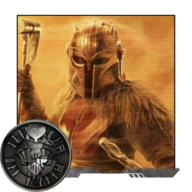 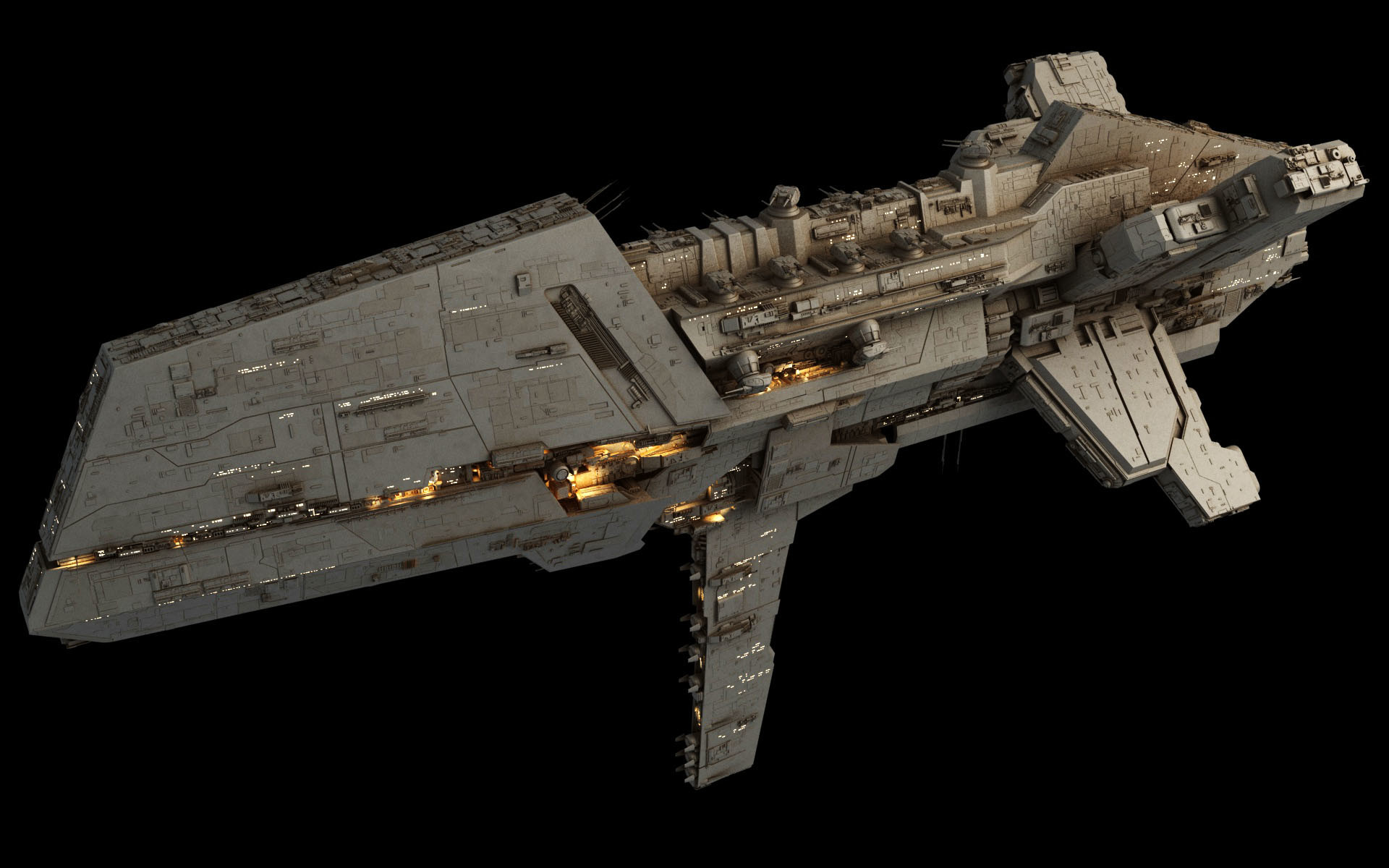 OUT OF CHARACTER INFORMATION
PRODUCTION INFORMATION
TECHNICAL SPECIFICATIONS
STANDARD FEATURES
ADVANCED SYSTEMS
STRENGTHS
WEAKNESSES
DESCRIPTION
Kad Ha’rangir was the chief deity of ancient Mandalorian religion, the god of destruction and the gospel of war. Primitive Mandalorians waged ritualistic war as a means of pleasing their god, and saw his destruction as a catalyst that brought change to the Galaxy in opposition to idleness and stagnation.

Since it’s inception a decade and a half ago, the Mandalorian Enclave has had yet to field a capital ship truly worthy of the Mando’ade, aside from the mighty Darasuum Kote Star Dreadnought, flagship of the Mandalorian fleet. But with the introduction of the fearsome Ha’rangir-class Star Destroyer, that dynamic has been irrevocably changed.

To call the Ha’rangir-class a ‘Star Destroyer’ is an understatement. The warship was designed to be a flagship of a fleet, overwhelming its enemy with superior firepower while augmenting the rest of a fleet that complements it. It features top-of-the-line offensive technology, including the modernized M19 and M20 assault concussion missiles as well as the RSTA-3 STASIS Entropic Field Webifiers. Its boarding pod launchers allow the Ha'rangir to engage other ships in an unconventional means of naval warfare -- but one that is elementary to Mandalorians -- infantry combat.

But its numerous fleet-augmenting systems are what truly set it apart from other Star Destroyers. Its sensor suite module extends the range and capabilities of communications and sensors for itself and other friendly ships within its sphere. Its communications suppression module acts as a spatial jammer, while its field defense module and stealth field module boost the defensive capabilities of itself and other friendly ships in nearby proximity.

The Ha'rangir-class, much like the Kandosii dreadnaughts of old, is a behemoth meant to ferry armys large enough to conquer entire Star Systems. A hundred thousand Mandalorian warriors can fit comfortably into a Ha'rangir's class's many hangar bays, holds, and spartan barracks should the need arise. The Star Destroyer can also comfortably carry the necessary equipment, munitions, and vehicles to support said army, with the industrial facilities to easily self-replenish for long voyages with no friendly port in site. 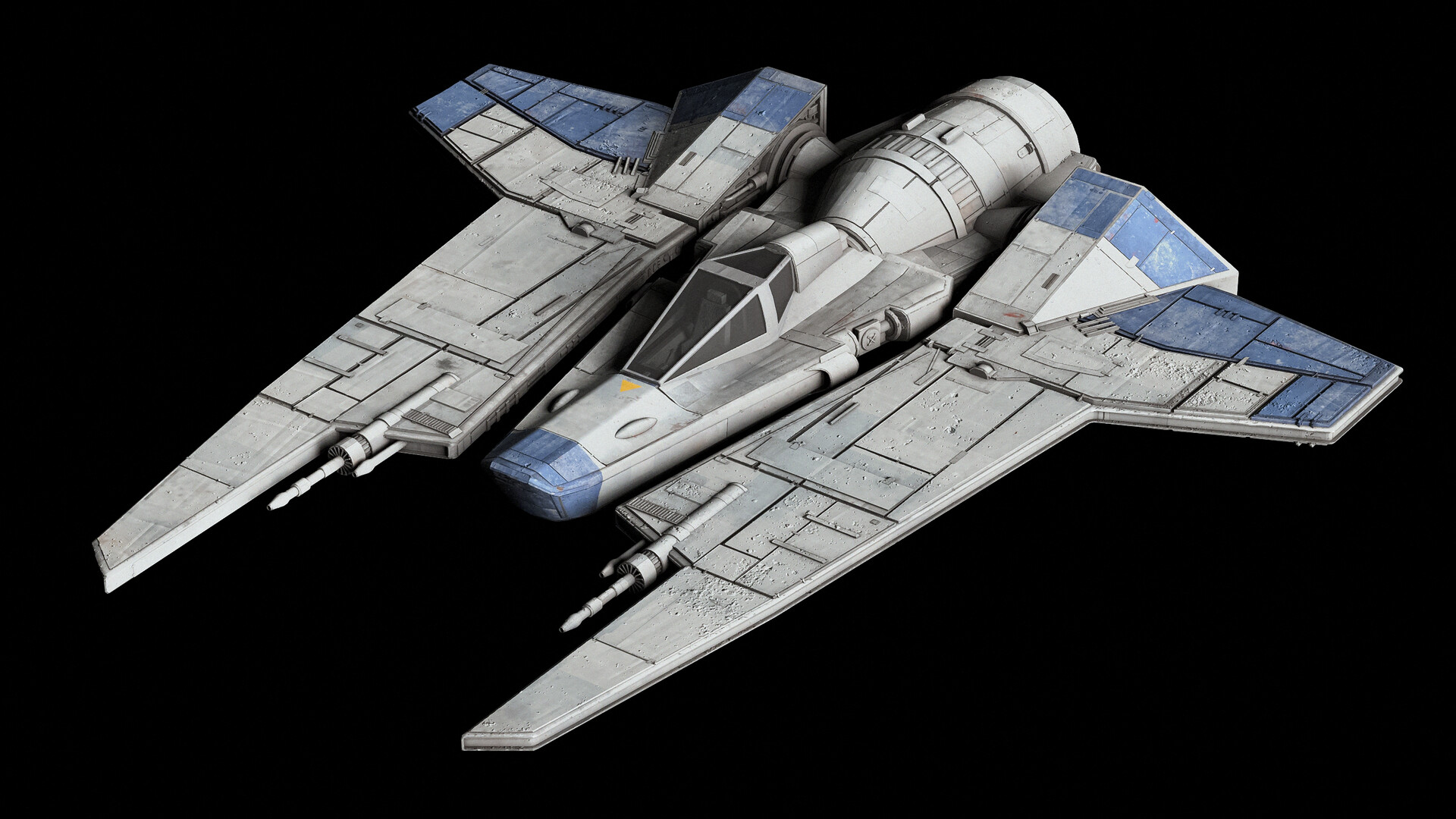 OUT OF CHARACTER INFORMATION
PRODUCTION INFORMATION
TECHNICAL SPECIFICATIONS
STANDARD FEATURES
ADVANCED SYSTEMS
STRENGTHS
WEAKNESSES
DESCRIPTION
It is a well-accepted fact among Military strategists that any battle is decided ultimately by space; for those who control a planet's atmosphere or orbit are the ultimate arbiters of a planet's access and travel to the outside galaxy. This was something known by Mandalorians of all ilks; Neo-Crusaders, Journeyman Protectors, Supercommandos, and lone warriors alike. Thus, the ability to competently pilot fighter craft and fly vessels of war is just as valued and respected in Mandalorian culture as are skills with a beskad and blaster.

For most of its existence, the Mandalorian Enclave did not need to rely on any coherent naval force to protect itself or its interest. With little access to large state of the art manufacturing facilities, ships produced by the Enclave were individual craft built for multi-role purposes, sold to hunters and travelers who called the Enclave home. But now as the Mandalorian Enclave began to reach out into the larger galaxy, fighting for the right to birth a Mandalorian Power once more, one thing became obvious: the need for a naval force to defend the Enclave's territory and extend their domain.

One of the first craft to be created in that program was the MNV-52 Beviin-class Space Superiority Starfighter; built along traditional Mandalorian design philosophy, the Beviin-class is designed to be fast, hard-hitting, and ultimately independent. With deployable s-foils, the Beviin can either be fast or maneuverable as a situation demands, adding to the flexibility that the starfighter has to offer. Ultimately, the Beviin is a next-generation fightercraft that will no doubt serve as a backbone component of the Mandalorian Enclave's influence in the galaxy. 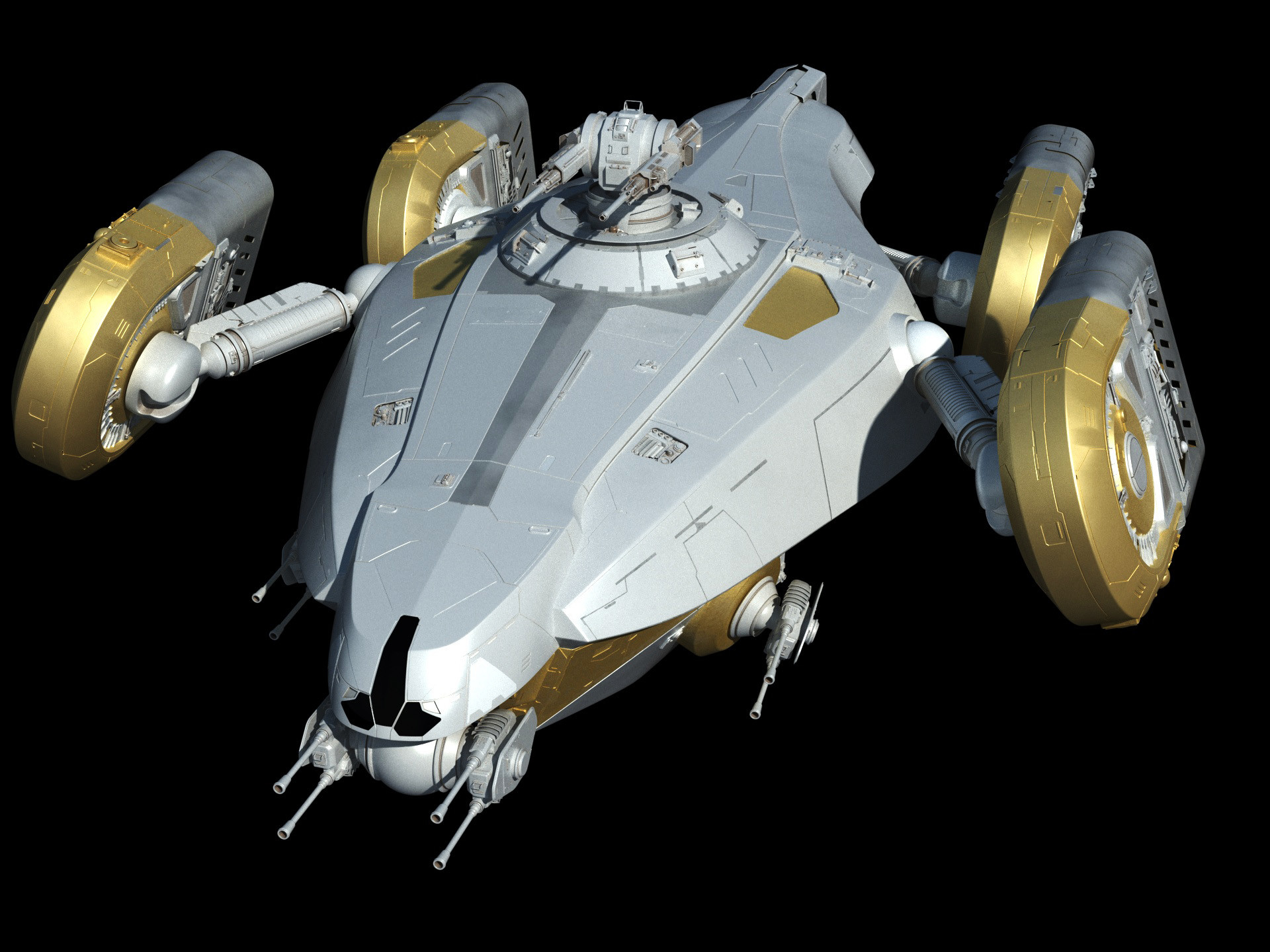 M N V - 5 6
K E L D A B​
"Those Tihaar-sloppers act like they have the hard job. We're the ones that have to fly them in and out."
- Anonymous Keldab-class Assault Dropship pilot

OUT OF CHARACTER INFORMATION
PRODUCTION INFORMATION
TECHNICAL SPECIFICATIONS
STANDARD FEATURES
ADVANCED SYSTEMS
STRENGTHS
WEAKNESSES
DESCRIPTION
To wage war as a Mandalorian is perhaps one of the most dangerous occupations in the galaxy. But something even riskier is the feat of ferrying in and out blood-soaked, war-crazed fighters while point defenses pound at you, starfighters strafe at you, and you can do nothing but hope that your ship holds through until the next combat mission.

That is why the Enclave designed the MNV-56 Keldab Assault Dropship, a traditional Mandalorian design with a conventional twist to make it a true citadel of a transport. With extremely tough armor, shields, and point-defenses, casualty rates of transports mid-battle are estimated to be extremely low, an impressive feat given the high focus that dropships and their crews experience in combat from enemy weapon systems. This can also be owed to the non-conventional thruster systems of the Keldab, designed to be able to move directionally to provide better maneuverability and directional control for the Keldab while in combat.

The Keldab is designed to ferry Mandalorians in and out of battle, and thus most of the ship's interior is allocated towards that purpose. Four entrances into the main hold give flexibility for deployment, and all blast doors are double-reinforced to provide extra durability. At its maximum, the Keldab can ferry eighteen Mandalorian soldiers into combat, or around twice as many Cernr-type droids. It is a extremely durable ship with high maneuverability, and will no doubt save many lives and prove vital in combat functions as the Mandalorian Enclave expands into the galaxy and brings its influence to bear.