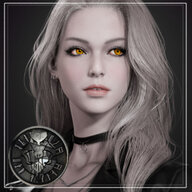 The archetypical Erakhian light freighter, the Mercury-class' predecessor was originally commissioned as a covert data courier by the Federal Intelligence Bureau and used to shuttle sensitive information between various blacksites in the Unknown Regions. In time, the design was reenvisioned as a more run-of-the-mill courier-cum-freighter, with the only remnants of the original design's stealth functions being a basic ECM suite, hardly enough to trick anything but the most basic of active scans.

Officially, of course, the Mercury-class was designed from the ground up, and no record of FIB's stealth courier has ever reached the public - if it still operates beyond the purview of Arctrus, then the presence of near-identical light freighters can surely only add to its secrecy.

Whatever the case, the Mercury-class remains a capable vessel in either its original capacity as a data courier or in the more commonplace role of a light freighter, though its sleek design and carefully honed systems does make it somewhat more expensive than many others on the market.
Upgrades and Add Ons:

Gwyneira Craft aquired the freighter variant of the Mercury Class Star Courier when fleeing her homeworld during a war. Since then, she has been spray painting and aesthetically improving her ship. Even more importantly, she has been tinkering and upgrading the ship to make it her own.

The original shield system was completely scrapped and replaced with the NZ-SS-1 Primera Shield System. Furthermore, she added a Skynet Holocontrol System to the ship, so she could control her ship from everywhere, not just the cockpit.

The most ambitious upgrade to the ship, however, was the complete inclusion of a medical wing where the data vault/ secondary cargo bay was. The medical wing includes a med unit, a portable bacta tank, oxygen masks, medical fluids, diagnostic equipment, and bacta sprays and applicators. With the inclusion of the medical bay, she would be capable of treating the wounds of herself and her allies within her own ship.
Last edited: Oct 13, 2021

All of these are items that need permission linked to them in the permissions tab. The last one, you bought it and did not actually put the right link into. Please get these permissions or remove them, and please fix the last one.

Let me know when you do these.

Working on the links. Broken link is fixed.

The Mind Machine is a part of the original Mercury Class Star Courier submission, and it doesn't have it listed under it's permissions.

Character Bio
All links fixed and added except for the Mind Machine. As it was a part of the original ship and it listed no permissions, I am wondering if I still have to add it. Thank you!