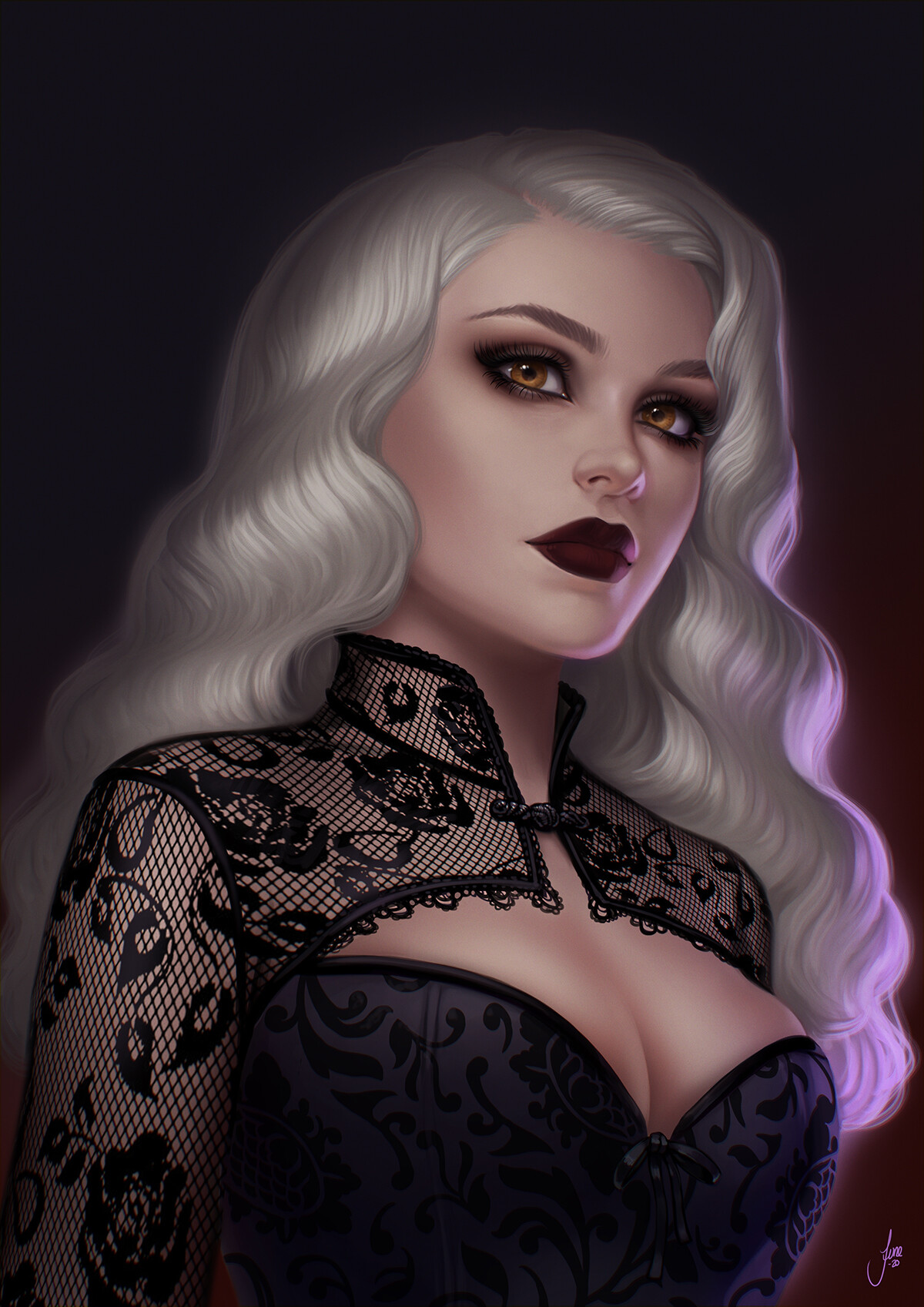 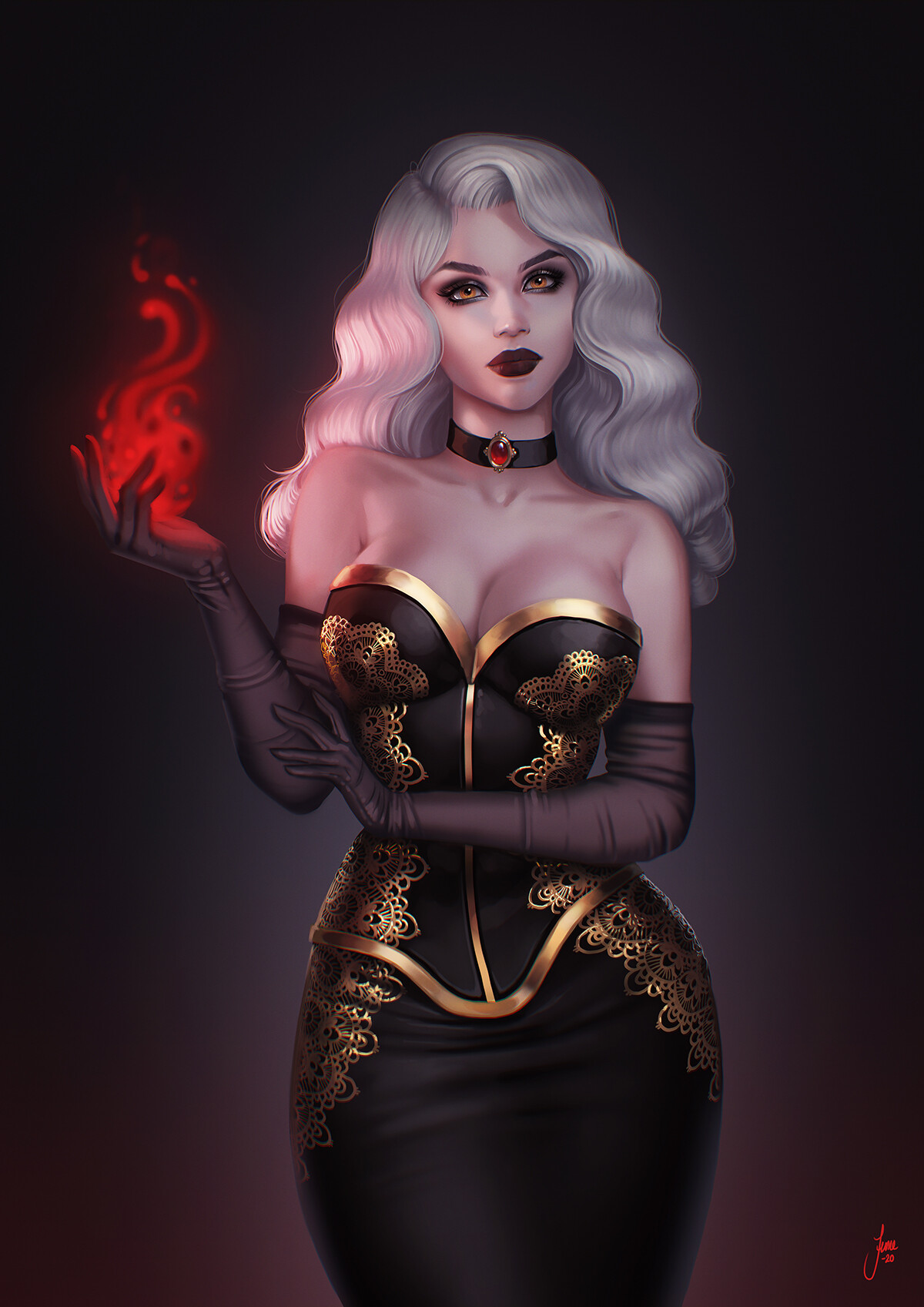 ​
OUT OF CHARACTER INFORMATION
PHYSICAL INFORMATION
SOCIAL INFORMATION
COMBAT INFORMATION
Strengths:
Weaknesses:
HISTORICAL INFORMATION
Inanna Hoole was born in Goshen, Lao-mon, to Tammuz Hoole, a Jedi Master, and his wife Lilith, a schoolteacher. She was the seventh of eight children and the couple's only daughter. Her great-grandfather was Mammon Hoole, a famous and well-respected anthropologist whose work The Essential Guide to Alien Species is still widely read and referenced by scholars today.

Inanna grew up at the family's mansion and had a relatively happy childhood. She befriended her father's young protégé Arimanes Bosch, and the two became close friends, then childhood sweethearts. Arimanes' failure to live up to Tammuz's expectations led to friction between them, as he grew jealous of Inanna. Upon coming of age, a frustrated and disillusioned Arimanes left the planet in search of new purpose. He and Inanna lost contact and would not see each other again for over half a century.

Inanna, who had resisted her father's attempts to train her in the Force, was encouraged by her family to attend the Jedi Academy on Coruscant. She reluctantly enrolled, and was quickly overwhelmed. A tendency in her personality to slack off in favor of partying and pleasure-seeking led to her quietly dropping out. Severing contact with her family out of shame, she began working as a prostitute at various brothels around the galaxy, banking on her ability to shapeshift into whatever a client desired. This was her job for the next five decades; she lived in obscurity, often using pseudonyms to hide her identity.

Then came the fateful day when a man named Nimdok came to see her. At the time she was working at the Harem Club, a brothel and gambling den in Coruscant's Urscu Entertainment District, under the name "Maetel". She took Nimdok to a private room, where he revealed his true identity: he was Arimanes Bosch, and he needed her help. After a run-in with agents of the Sith who were after Nimdok and his daughter Miri, Inanna agreed to help them escape into hiding. But the situation the two were in, being hunted by a Sith Lord named Messala who had at one point kidnapped and experimented on young Miri, haunted Inanna. After hiring a mercenary named Red to assist her, she launched her own investigation into Messala and his activities.

Her investigation would take her to Dromund Kaas, where she masqueraded as a propagandist working for the Sith Empire. It was there that she met Adrian Vandiir, a Sith alchemist with connections to Messala. In order to obtain valuable information from him, she was required to erase a mistake; sending a Sithspawn whom Adrian had created back to her family on Lao-mon to hide. Unbeknownst to her, the Sithspawn had stolen valuable data from Adrian, and he wanted it destroyed. Doing so resulted in Inanna being disowned by her father, and she fell into a downward spiral, becoming an alcoholic. This cost her her job as a propagandist, so she resorted to briefly working as a manager at Euphoria, a nightclub on Zeltros.

A Sith Lord named Vanessa Vantai picked Inanna out from among a lineup of potential apprentices. Inanna was brought to Vanessa's space station in orbit around Nathema, where she was tortured and "broken" by her new master in hopes of turning her into a powerful Sith. Inanna plotted to escape with the help of her trusty HRD companion Ayreon and her assistant Hal Yomin, who in turn made arrangements with Nimdok and a few of her other friends to rescue her. The result was a harebrained plan that involved Nimdok impersonating Adrian Vandiir, coming to the station, and offering to take Inanna on as an apprentice. This enraged Vanessa, who discovered the ruse. In the ensuing fight, the group actually was defeated - but they caused enough trouble when captured that Vanessa basically begged them to just leave.

She continued to search for Messala (even coming face to face with him during a coronation ball), but her time under the cruel Sith Master had left its scars. Inanna suffered from recurring nightmares and a bad case of Sith poisoning, for which there appeared to be no cure. Nimdok approached Alyosha Drutin, an acquaintance of his, for assistance. Alyosha suggested a purifying ritual which had been previously employed by his master, Darth Themis, using a gemstone known as the Star of Atrisia. Inanna traveled to Atrisia for the ritual, which cleansed the poison from her body, but also altered her form, turning her into a "Force Spawn". Her strengths in the Force were doubled, but so were her weaknesses.

After the ritual, Inanna married Hal and retired to Erakhis. The couple adopted two children, Ophelia and Galahad, and Inanna seemed content to focus on her family and her writing. She left the quest to hunt down Messala to others, only emerging from retirement when a disturbance in some nearby ruins led Inanna to discover her old master Vanessa, now calling herself "Onrai", was the culprit. The ensuing chase and battle saw Inanna briefly trapped in the Netherworld, while "Onrai" got away. She was saved by Ingrid L'lerim-Vandiir, the widow of Adrian, and returned to her own reality only to discover that Lao-mon had been invaded by the Brotherhood of the Maw...
Last edited: Apr 21, 2021

I notice that this is both a codex NPC submission and a character. Before I comment further is this NPC actually an NPC?

The plan is to retire this PC but still use them as an NPC. Once the sub is approved, I will either change this account into a new character, or delete it.

Looks good to me then!