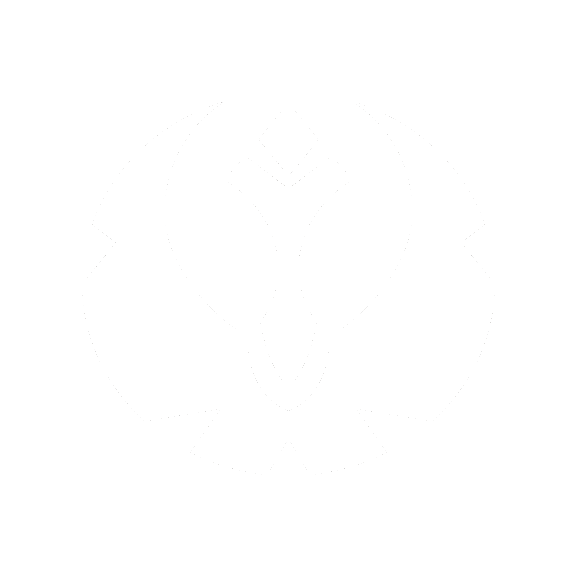 [Last Updated: 2020-05-12]​
Notes:
1. Dates are based on the following Alliance Standard Calendar.
2. Dates are listed in a [MM:YYY] format.
3. Any timeline conflicts with other factions are to be disregarded. Time is fluid on Chaos and this timeline is only meant to serve as a source of continuity for our own faction.
4. This timeline includes only threads/articles that are important to the overall story of the faction.

Following the news of a sudden Netherworld Rift opening on Caamas, the Galactic Alliance and New Jedi Order learn that the plane it connects to -- the Field of Blades -- may be the current resting place of a fragment from the Dagger of Mortis. Determined to recover the relic to use against the rallying forces of Chaos, a task force is dispatched to cross over into the Mist-Beyond and recover it.​
[05:860ABY] [GA] Starbird

After months of hard work and cooperation, the Core Alliance and High Republic official unite to reconstitute the Galactic Alliance and bring their worlds together. From all across the Core Worlds and Galaxy at large, people flock to Galactic City to witness the signing of the new Common Charter and to celebrate "Unity Day" amidst the bustling crowds of the ancient ecumenopolis. A new era of democracy begins under a star-spangled starbird banner.​
[04:860ABY] [CA&TR] Trouble on Tython

While the Core Alliance and Republic ramp up their cooperative effort to stabilize the Core Worlds, an old threat reemerges on Vulpter. During a meeting in Hpaq, High Admiral Cassius Callaesar and Corellian Senator Kaito Kiyoshi are taken captive by the resurgent Nationalist Vulptereen Front. A joint task force is dispatched to Viper Tower to rescue them and eliminate the terrorist threat before they can regain a footing on their homeworld.​
[03:860ABY] [CA&TR] The First Steps

Chief Emmen Tagge invites diplomats and citizens from the Republic and Silver Jedi Order to join him for a meeting on Coruscant. Where others had failed, the ambitious Chief of State hopes to finally build a platform for cooperation between the democratic powers of the Galaxy. With only minor turbulence brought by old feuds, the three nations agree to stand together in the face of tyranny and the oppression of the Dark Side.​
[02:860ABY] [CA] Declaration of Incapacity & the Common Charter

With the news of the Lord-Imperator's defeat at the Battle of Vuultin, the High Lords of the Imperium issue a Declaration of Incapacity, officially reforming the Grayson Imperium into the Core Federation of Free Alliances. After agreeing upon and signing a Common Charter, the High Lord of Tepasi - Emmen Maxim Tagge - is elected as the new Chief of State.​
​
[02:860ABY] [GI&TR] Licking Our Wounds [CHAOS RISING Pt 1.5]

After being forced to retreat from the devastating battle in the Brentaal system, the Imperium's forces regroup at Anaxes Station. Survivors of the event gather to cope with the terrors they'd witnessed and grieve the loss of their friends. Meanwhile, the Republic unexpectedly answers the call for aid. Representatives from both the Imperium and Republic convene with other officials and experts to discuss what can possibly be done to combat such an overwhelming enemy.​
​
[02:860ABY] [GI] Abaddon’s Gate [CHAOS RISING Pt 1]

A massive dimensional rift opens at the heart of the Brentaal system, revealing the source of the strange happenings on Brentaal IV; corruption from the depths of Chaos, a wretched realm of the Mist-Beyond. Horrors from beyond invade from the vortex, engaging the meager forces present on the planet. Desperate, the Alliance held off the emergence of a massive Leviathan and delayed the ground invasion at Vuultin City long enough to evacuation a large portion of the population.​
​
[02:860ABY] [GI] Overture

Following the navlogs recovered from the Kantius, the Imperium’s team arrives at Brentaal IV to find it in a state of peril. Swarmed by hordes of the dead and stricken by a spatial anomaly restricting communications, the planet struggles to survive as the population succumbs to the unknown affliction. With few options, members of the Imperium go planetside to the city of Vuultin in an attempt to aid the desperate population.​
​
[02:860ABY] [TR] Heart of Darkness [FROZEN HAND Finale]

The Grand Imperial Navy Sacheen II frigate Kantius is found adrift and unresponsive on the edge of the Tepasi system. Local defense forces attempt to board it, but are not heard from again. A covert team is dispatched aboard the Nox-class Raider Corvette Ashaton to extract the frigate’s navlogs and investigate what is initially believed to be an outbreak of the Blackwing virus - but it turns out to be the prelude to something far, far worse. ​
​
[01:860ABY] [TR] Fortress of Fear [FROZEN HAND Pt 3]

The Imperium and the Republic find themselves at odds in orbit of Kuat, with both nations holding a legal claim to the sector. As diplomatic negotiations take place on the nearby planet of Alderaan, a rogue Kuati frigate opens fire on the Republic - prompting a confusing mess. With the situation over Kuat devolving, a terrorist organization calling themselves the Agents of Chaos reveal themselves on Alderaan, throwing the capital city into a frenzy. Despite their best efforts to maintain peace, both nations are forced to withdraw from the sector - establishing what would become unofficially known as the Neutral Zone.​
​
[09:859ABY] [GI] The Shadow Over Kuat

The Lord-Imperator and other members of the Imperium’s aristocracy meet with Lady Elane Kuat, the Kuat of Kuat, to discuss the possibility of her allegiance. The Imperium’s security forces are on high alert with the growing threat of the Nationalist Vulptereen Front, but the unexpected arrival of the Red Titan and a pack of his Bryn'adûl brutes throws the entire meeting into pandemonium. The nobles and officials desperately flee from the violence and bloodshed as the Lord-Imperator and other Jedi Masters engage the Titan in combat. After a ruthless battle the Red Titan withdraws, leaving those still alive to lick their wounds in confusion. The decision is made to leave a small military presence on Kuat to protect them should the unknown marauders return.​
​
[09:859ABY] [TR] The Ring and the Prince

Pilots and representatives of the Imperium meet with the Vulptereen President in Charbi to finalize their fealty with a ceremonial swoop race. Unfortunately, intelligence reports prove to be accurate when a band of Vulptereen nationalists violently interrupt the spectacle in an attempt to assassinate both the President and Lord-Imperator. Their plan is thwarted through quick action, and the Vulptereen agree to join the growing list of planets loyal to the Imperium.​
​
[05:859ABY] [CC] For the Republic

With the armies of the Imperium back on Coruscant, members of the rag-tag forces take a much needed leave in the Entertainment District of Galactic City. The celebration christens the Imperium’s first national holiday, referred to simply as Celebration Day.​
​
[03:859ABY] [GI] Debacle on Teta

Although still young and poorly organized, the Imperium’s military is dispatched to Empress Teta to deal with a rising Geonosian warlord and his cult of Rakatan God worshipers. The Lord-Imperator’s transport is shot down, forcing him and his team into a desperate battle in the streets of the ecumenopolis. Fortunately, they’re able to hold on long enough for the Imperium’s forces to breach the capital and kill the warlord in his attempt to flee.​
​
[02:859ABY] [GI] A New Era

A day after the Liberation of Coruscant, Cedric Grayson and his allies lead a procession through the streets of Galactic City to the Senate Building, where he proclaims the founding of the Grayson Imperium and crowns himself it’s Lord-Imperator. From there, he formally abolishes the xenophobic laws of the previous administration and outlines the nation’s new system of governance.​
​
[02:859ABY] [GI] Subjugating the Warlords

Under the leadership of the Jedi Lord Cedric Grayson, the Sons of Ession mercenaries battle against the last of the Imperial Remnant’s forces on Coruscant. After an arduous battle, the Essonians breach the Imperial Palace and the High Chancellor of the Imperial Remnant accepts terms for surrender, officially liberating the planet from the oppressive and lingering rule of the Core Imperial Confederation. ​
-[ 859ABY ]-​
[07:858ABY] [CC] Corellian Promises

More from Spirit of Unity