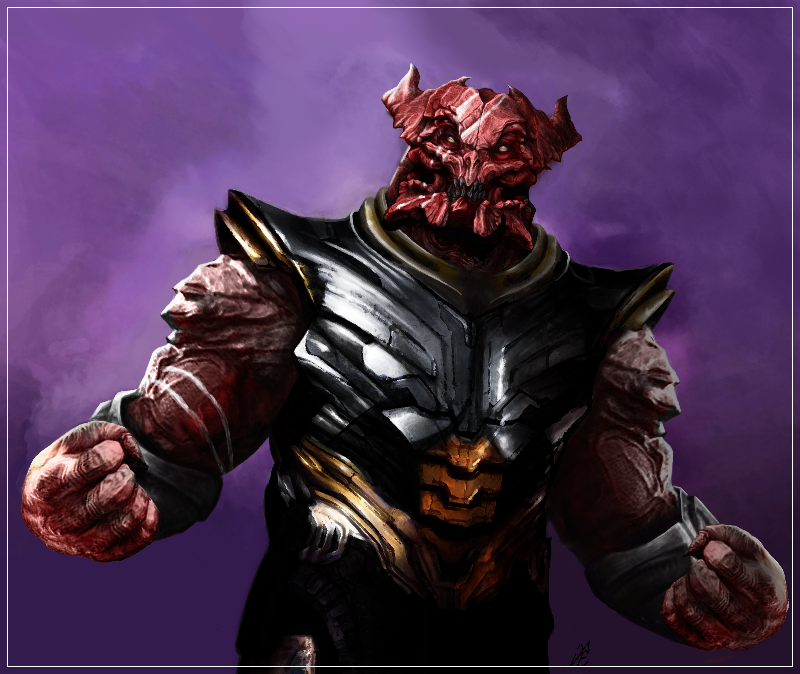 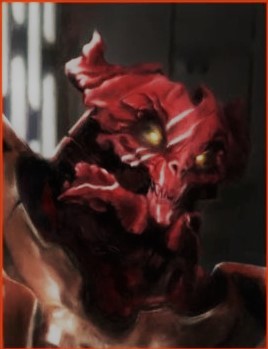 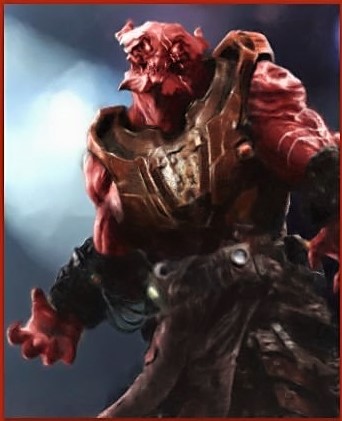 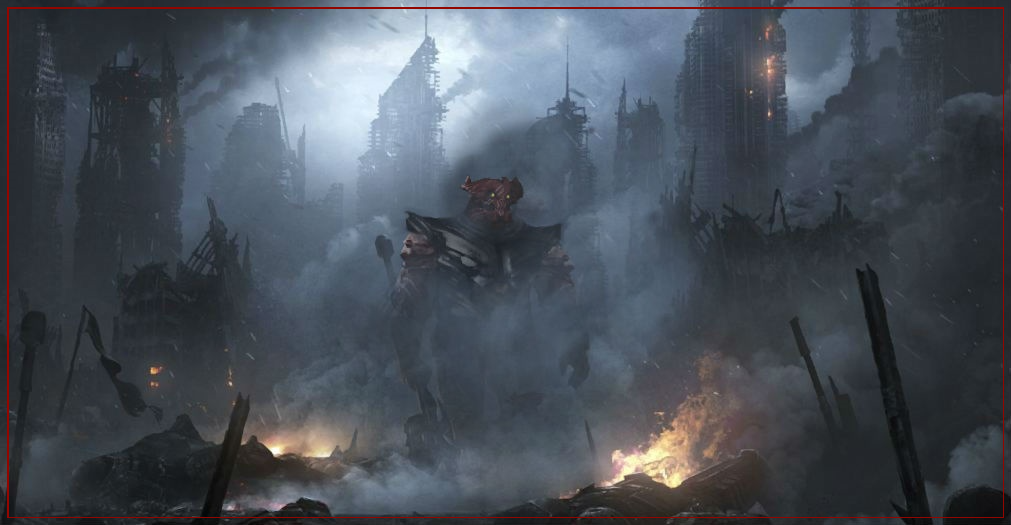 CHIEFTAIN'S DISPOSITION
Tathra Khaeus is at his core, a Warrior with the temperament of Patriot with a violently driven sense of ethnocentrism. He provides a strong willed leadership for the Bryn'adûl as essentially a seditious raider, seeking to unseat the powerhouses of the intergalactic stage on the basis of his own judgement. A conceited and excessively arrogant creature with a sense of righteousness in judgement of other species. His hubris and faith onto himself is likely only matched by those who would deem themselves divine prophets or a messiah. For in some strange fashion, the Chieftain of the Bryn'adûl see's himself as an emissary of nature - restoring the galaxy to the truth of brutality one planet at a time.

The species at play in the galaxy have overcomplicated things, their view of morality is eschew. Tathra's arrogance and narcissistic tendencies demands constant validation, eager to seek out worthy foes and to dominate them publically for all to see. Each member of the Bryn'adûl could be described as chauvinistic, but as the progenitor of the Drael and by extension the Bryn'adûl; Tathra's patriotism exceeds extremes, his hatred for the world of the near-humans runs deep.

Some of these qualities in turn feed into a strong will, that has forged an even stronger warrior. Tathra's rule rarely goes unchallenged, proving oneself is a constant struggle. This keeps the best on top, and the weak underfoot. Tathra admires strength in all of its capacities, and is obsessed with self-improvement. He leads from the front, serving as the vanguard for his own kind. He appreciates the comradery he has forged between himself and his warriors, and enjoys the life he lives.

Tathra is a formidable warrior, with an extensive history of sheer brutality and hard-fought victories. His people's malformed adoration is a driving force in the strong will that defines this titan.

The Beginning of the Bryn -

When Tathra travelled to Draemidus Prime, he found remnants of his kind and followed ancient trails to find the last remnants of his own kind among the Stars. It took Tathra thirty years to find them, searching in the dead places of the Universe until he found them - the last remnants of a powerful race turned to pacifism by the undue wrath brought upon their homeworld so long ago. Tathra grew enraged, demanding answers where there were none. The only resolution was the slaughter of all of his kin. Tathra saw then the true horrors of complacency, of weakness. Tathra pledged to eradicate these things in all walks of life, and to restore the strength of the Draelvasier.

Tathra returned to the known Galaxy at the age of seventy, and begun the grand work of the beginnings of the Draelvasier species.

Making Pawns of All -

When Tathra attacked Commenor with a band of Brutes, the Chieftain of the Draelvasier encountered Kaine Australis, who in the process of attacking the Titan himself helped shatter the Commenori palace, branding the Mandalorian leader as a brash and reactionary combatant to the Titan. Thusly laying the beginnings of the groundworks for his plans. Tathra knew that the Mandalorians way of warfare presented the most evident threat to his Bryn'adûl and thusly, he thought on a way to eliminate them.

When the time came for such an opportunity to use the brashness of the Australis against the Mandalorians, Tathra Khaeus arrived on Eshan ahead of the Mandalorians - using Chameleon husks, Tathra set a small group of Fake Echani Assassins upon Australis, and at the same time sent similar Husks wearing Mandalorian gear into government buildings of the Echani capital, rigged to blow. The Australis killed the assassins and the Mandalorian Husks blew up inside the buildings. This brought hostility on both sides and appearance of the Ecahni Militia.

As predicted, the Mandalorian responded brashly and violently - bombarding the Capital of Eshan. This act of violence was more than the Chieftain of the Bryn'adûl could have hoped for, so easily goading the attention of the Echani leadership within the Confederacy of Independent Systems. As anticipated, this act brought down the Mandalorians in the Battle of Eshan where Tathra hijacked a Star Destroyer singlehandedly and crashed it into the Capital, killing thousands on both sides and shattering the Mandalorian defences with the Bryn'adûl Servitors.

Following this, the Mandalorian Empire crumbled, Mandalore was taken by the Sith Empire - seeing to the end of the potential threat.

Without lifting so much as a finger, the weak galactic powers of the Galaxy brought the Bryn'adûl one step closer to the total Genocide of the Galaxy.

Lead by Tathra, the Bryn'adûl have in less than year, killed Trillions. The wrath of his armies eclipsing those of the One Sith and Sith Empire combined. Tathra's grip tightens around the Galaxy - the Core is crippled, caught in constant warfare with the Sith.

Darth Tacitus | Battle of Eshan | Dropped a Star Destroyer on.

Javrin Kuat | Shadow Over Kuat | Cut in half by Tathra's Axe.