Lose your lightsaber to your nemesis? Get your hand cut off by your sibling or parent? Just can't seem to find the right lightsaber that matches your new alignment for the seventeenth time this year? Don't worry! Siverra Lightsabers has your back! Just put your hand here and we'll get a new lightsaber just for you. We promise any data we receive from your hand will not be shared with any bounty hunter, mercenary or vengeful order who may want you for dead. Now just slide your credit stick right into the slot below and enjoy your new lightsaber!


Disclaimer: We are not liable should you be found by any bounty hunter, mercenary or vengeful order who may want you for dead. All orders are final, there are no refunds and if you die we'll dispatch a courier to loot your body and sell your wares for coin! ​ 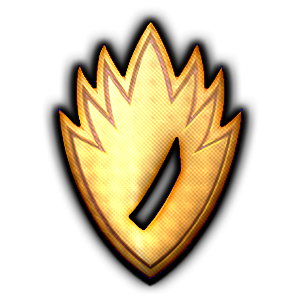 And remember when you need to catch a saber, think Siverra Lightsabers!

Alessandra Malvern , for when Mishel is unavailable to approve orders. ​
Last edited: Jan 26, 2020

Been called worse by better

I would like to purchase a srabus ('Blood of the Ancestors') crystal as a gift for a friend. She is an elder of a remote culture, a master of the Force who invokes her predecessors and ancestors. I believe your crystal would fascinate her and I would like to thank her for recent interactions. If you'd be willing to sell the crystal in a standalone form, I'd be happy to pay a premium.

Character Bio
Of course, but rather - keep your earnings, I shall instead consider this a favor. If there are any concerns with the crystal please let myself or my sibling

Been called worse by better

Mishel Kryze said:
Of course, but rather - keep your earnings, I shall instead consider this a favor. If there are any concerns with the crystal please let myself or my sibling

My sincere thanks. Your crystal will be a perfect gift for a Cor elder named Starfalling on Gargolyn IV. I would like to request a 'custom' lightsaber for the honorable Viceroy of Eriadu, preferably something made with the most expensive and efficient materials you can find. One can't be content with anything less than a masterpiece after all. A fencing hilt and either a black, burgundy or deep purple blade color are a must. Should you accept this request and deliver a suitable design, House Nargath will keep you in mind for further purchases in regards to Lightsabers and other melee weaponry.
Avatar by @Darth Metus Character Bio
Generally I do not request a lightsaber to be built but sadly, my skills lack in this extreme area. Lately I been having to fend off larger oppodents in duels and due to this, my lightsabers have been constantly breaking due to the stress of their hits. I know regardless that it will break under the right circumstances yet I need a particular varient to defend myself better in those cases of battle as well as cripple them.

What I am requesting is a Tonfa Lightsaber. It is one of the few I can think for the job. Activator pressure switch on the grip, extremely sturdy frame to withstand extremely hard blows, lightsaber resistant hilt to slide their lightsabers alongside it. It will be used with my prosestic arm so weight is not much of an issue.

Color is no issue, handprint given. Please let me know if you can do the job.

Siverra Lightsabers finds the request feasible, however; they refuse to serve patrons of the Grayson Imperium. Request Denied.

May I ask on what grounds this refusal comes from in general? If not, so be it but I would like to know considering it rather strange and my lack of knowledge of current political situations.

Grounds: Open Letters
Siverra Lightsabers does not support the Grayson Imperium or its patrons, and thus must regrettably deny the request. We wish you the best of luck in your endeavors!

Character Bio
Would stare the rolling robot as he blinked at it a few times, looking up the document in question and reading it out loud. Swiping through the electronics, he would mutter a few things to himself and gently scratch at his chin. After a few minutes of reading, he would move his datapad to angle to where the camera can record him and the Droid, thinking to himself as he stared up at the storefront sign. Tapping his foot, he would lean his head down and touch at his own chest.

"Peace is a Lie, there is only Passion. Through Passion I gain Strength. Through Strength, I gain Power. Through Power, I gain Victory. Through Victory, I break my Chains. The Force shall free me. Probably did not see that one coming huh? A person whose government denies the thought of the Dark Side of the Force. A Facist Government thats mission is to eradicate the Dark Side...to burn it out. Well let me say this...it is so wrong on multiple levels, it is no longer funny."

Getting up slowly, he would look over at the Droid from a distance, kneeling over slowly so it could record every bit of his conversation. His dull green eyes staring into the receptor of the Droid as he spoke his mind, wanting it off his chest at last.

"Let me start this by saying that the entire Imperium made me forgo that code. For a very long time, that was all I believed in...peace being a lie. Every Jedi I met, attempted to either kill me or was one that refused to see anything but themselves, an absolute or those of a Grey Jedi which are not a Jedi...just someone undecided."

"Yet in all my years living, I never met a Jedi like the Imperiums until a month ago. Not only that, one who would sit and listen to what I have to say. At any point, they could have drawn their blade, at any moment, they could have used the Being a Jedi card to justify any action. Instead, I did not see that occur, not did they strike me down when they had even the best chances on their side. Me laying, burnt half to a crisp and telling what I have done."

"Yet...they did not. They took the time to understand what I myself have been through. Loss, suffering, broken thoughts that all Jedi were the ones that was wrong in this Galaxy. They refused to let my judgement upon myself stand, to be thought as unredeemable. Instead, they showed me the Light and spoke that all men and women have a chance to be something more. Instead of granting me Death I so wished...they gave me hope in my own Life."

"My own experience with them is different from where I used to hail from I had to carry a citizenship card, was a Class C citizen alien where I had almost no rights with Humans having the most of their privledges. It is not that way within the Imperium, I am equal. Where I hailed, parades of their Emperor would go all along the streets with public executions to keep people in line! Not in the Imperium, no parade for one man, an entire nation's banner is hailed, given the right treatment with everyone that can voice if they like their government or not, without repurcussions!"

"I used to hide what I believed in, the worship of my ancestors. Having it kept in a small box, pictures of my loved ones long gone and those caught, would have theirs burned and whipped in public. Not in the Imperium, their religion while what they believe is their model, still holds right to all those who wish to practice what they believe in, save for the Dark Side. I can worship those I lost in peace, no longer in fear."

"Is it led my one leader? Yes, the man who gave my life a second chance,

Imperator Grayson , a man I deeply respect. I do not see him as a dictator, abusing his power but of a man who must do what is right. Many Jedi Masters in the past had to do things most others would find unpleasant...sometimes an entire order goes extinct and one must become their own Master. Perhaps the government becomes so corrupt, those of the Jedi must step in to restore order till the people are ready to hold it again. Or the worst case...there is no choice but to rise up among the Galaxies most terrifying for to date."

"All the Jedi I seen rushes into Danger, ready to fight. That is not a Jedi, for the moment they take out their lightsaber, they forgo all notions for peace after that moment. They failed themselves as a Jedi when a peaceful solution is present and why I see most of them as not a Jedi. Grayson is a Jedi...and the other Jedi follow that to a certain point, but no one like Grayson. Is he perfect? No one is and I am far from perfect myself."

"He leads because the Galaxy faces a threat unlike any we seen in thousands of years...and I know when a war is starting to form. If not him, would you rather have warlords fight and kill more people? I kept myself out of conflict for a long time and I see now that some day, we may no longer have that option. It is time to prepare for the worst case scenario, much as no one wants to see it. So to

Mishel Kryze from a very old man...start opening your eyes to the events around you and learn what is buried to find the truth. Thank you for your time, I will look elsewhere or buy my materials from someone else."

As he walked away, he would pick his datapad to stop recording and pocket it. Looking back at the hand scanner then at the Droid, he would stretch his left hand and wrinkle it strangely towards the receptor, letting the metal be heard from it as there was no real print used for it, it was synthetic. Opening the door, he would exit onto the many streets and blend in, knowing he has a lot of thinking to do over what he discussed...some days, talking to yourself is the best way to think, even if he just rambled towards a ball droid.