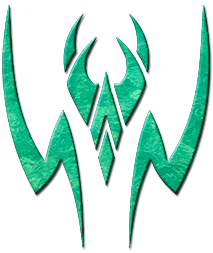 Various NPCs and PCs.
Player characters associated with the Mandragora include, but are not limited to:

As a denomination or off-shoot from the main Dathomirian religion, the Mandragora has its roots in the Clone Wars. During the last days of the Old Republic, the planet Dathomir was subject to a number of assaults committed by the Confederacy of Independent Systems. The increasing acts of aggression and hostility triggered several departures from among the Nightbrothers and Nightsisters, who struggled to maintain their simple and ritualistic lifestyle among the wider galaxy. When the Nightsister Clan was nearly eradicated by the Confederates, the news prompted many of the wandering ex-patriots to seek shadowports in which to maintain a low profile for themselves.

One such coven established itself on Ryloth, maintaining the traditions of Dathomir. Between 19 BBY and 424 ABY, this coven established customs and traditions that were unique to it, with the first formal writing on this separate dogmatic tradition being the recording of the Book of Power, though the exact date of authorship is unknown. By the time of the Gulag Plague, there were several Mandragora spiritual texts that were based on the Book of Power rather than the preceding Dathomirian religious body, such as the Book of Briar. Additionally, by 428 ABY, the Witches of Ryloth had spread beyond that singular world and established off-shoot covens on worlds such as Talay, where the Mistwalker Clan was established at Shaol'mara.

Many of these covens of Mandragora were decimated as a result of the Gulag Plague and the resulting Four Hundred Years of Darkness caused the Witches of Ryloth to seemingly become extinct and forgotten by the galaxy at large, maintained only by small pockets of faithful -- such as Shaol'mara on Talay -- that were cut off from the galaxy writ large.

By 835 ABY, the return of extragalactic politics to the planet Ryloth prompted a religious renaissance for the Witches of Ryloth, when slaves uncovered a copy of the Book of Power. No longer was the Mandragora practiced by Dathomirians, but knowledge of the faith passed now into a new congregation that was majority off-worlder. As the worlds of the Southern Galactic Systems were reconnected, this fledgling Mandragora renaissance was able to connect with the coven at Talay to discover more of its roots, as well as establish new covens at planets such as Geonosis.

By 850 ABY, the Mandragora had become closely aligned with the Confederacy of Independent Systems. Originally operating alongside the Knights Obsidian, by 858 ABY the two groups had been merged into a single, secular agency of the government -- with the Witches of Ryloth serving as the spiritual wardens for the Grey Force Order that served the Vicelord. Because of this, while the spiritual home for the Mandragora was the planet Ryloth, many Mandragora operated from Knights Obsidian bases on Geonosis and other Confederate worlds.
Last edited: Jan 30, 2020

Jorah zos Darnus said:
Rule of the Daughters of Allya. Beware the promises of men. Mankind cannot be trusted with power. Teach your daughters, train your sons. Each has their usefulness. Both daughters and sons are the warriors who embody the will of the Mandragora, but it is the Daughters of Allya who lead it.
Click to expand...

Siobhan, Elpsis and elves approve. Hmm and the Eldorai and their subraces also treat the Force as the power of spirits.

This is a nice sub with good world-building. As someone whose main chars aren't part of the Jedi-Sith dichotomy, it's always nice to see groups outside of that mould fleshed out and expanded on.

Character Bio
Submission moved to pre-codex as per writer request.

Please remember to include a list of changes when you tag a member of codex staff to move the submission back to live judgement.

This is ready to be moved to live judging, if one of you would be so kind as to move it.

Changes made as requested.

Approved Lore The Book of the Briar

Approved Lore The Reliquary of Galidraan