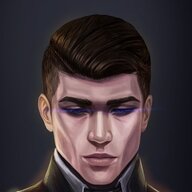 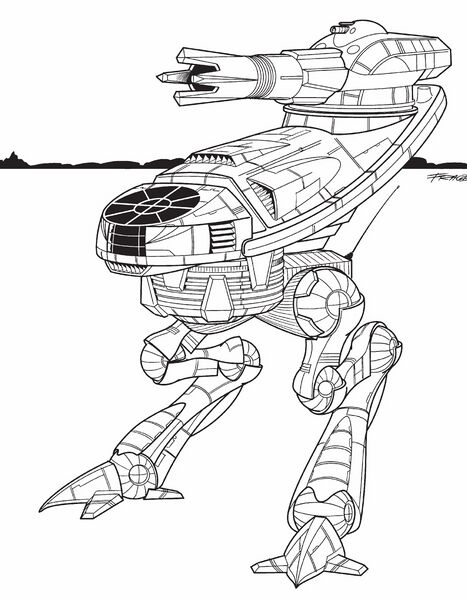 DESCRIPTION
When it came time to design their first armored bipedal walker design, the first to come to mind was the need to have a mobile turbolaser that can effectively reach areas of the battlefield in a hurry. The result was a fast, maneuverable and very annoying to get away from, turbolaser walker. With assistance from First United Astral Engineering, contracting out from

Mellifluous Magenta herself, the Court of Blades was able to center the entire weapon on three hundred and sixty degree swivel with a special hookup to an Ultra-Power Blast Mode, making it to the equivalence of a standard turbolaser when fired. Naturally the kickback is severe and the wrong turn while doing so can knock over the armored walker in a hurry.

The naming convention was more difficult this time around, as this was the first to come off the line from the Court of Blades Company. The name was chosen as the standard Locke and Key Mechanics parts were put on, deciding to honor the strange group of people known as the Agents of Chaos, by simply naming it Chaos itself. It already spread fear through the use of Magenta turbolaser fire and at times, more than is required so why not name it Chaos? With its name put into the records, it would now await testing and to see how it performs with the buyers along with the pilots in the Court of Blades.

Oh I agree with the "That Cannon is Evil" part! I hope I'll not meet with this walker. No problem was found, enjoy your new evil submission!