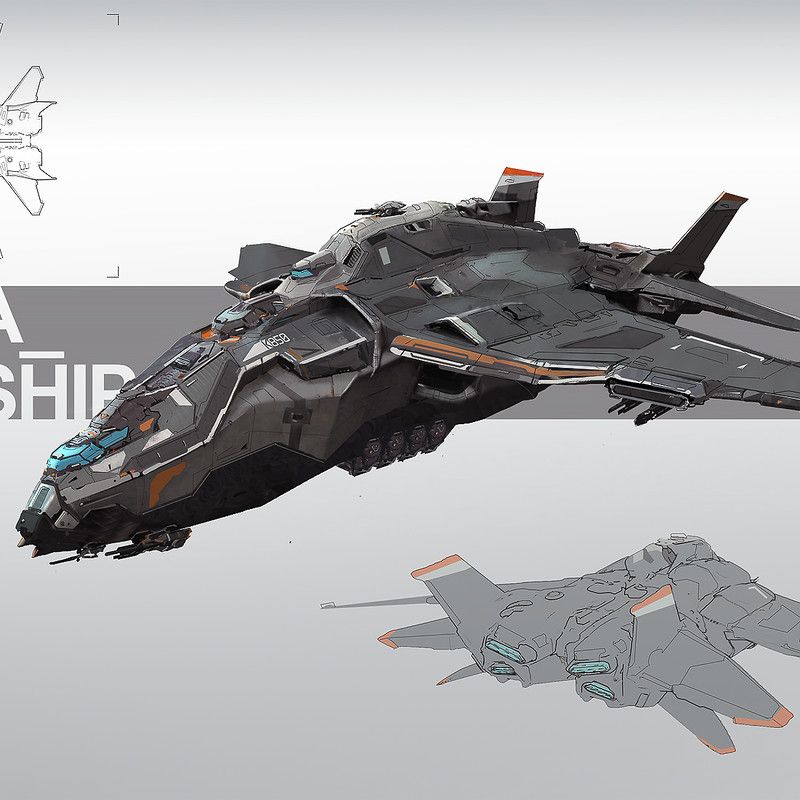 The next ship for Aurora Industries' Phase III modernization program, the engineers in the company were tasked with creating a brand new assault transport to replace the decidedly aging AIr-D30, a ship the company had created back during the days of the Galactic Republic. The design team moved away from the old Imperial style, going more in line with the company's IX series of starfighters for the overall aesthetic, but several key design features from the older design would see some carryover into the new craft.

The new dropship, named the Aerieel-class Assault Transport, continues the current design philosophies of the company of enhanced firepower and versatility, making use of the latest weaponry designed by the company such as the Leamonde Laser Cannon and Undin Ion Cannon. Slugthrower rotary cannons were added along with warhead launchers to compliment the ship's arsenal while deployable blaster cannons in the troop hold and a gas launcher were brought over from the old design. In addition to its offensive capabilities, the ship was equipped with the Xandret Shield System and a triple-layered armor hull like the Scurrg H-9 to give it impressive defenses to allow its passengers the ability to reach their drop zone safely and with heavy air support present.

Two Tidal Ion Engines were added to the design, giving the ship rather impressive speed for a transport although its maneuverability still suffered some because of the armored hull. The design also decided to limit some of the space for passengers, bringing it down from fifty to the current twenty-four while adding magclamps for the Aerieel to carry speeder bikes or a light vehicle into the combat zone. All in all, the company and its engineers were pleased with their new ship as they felt it could compete against other ships on the market and full production was ordered to finally replace the old.