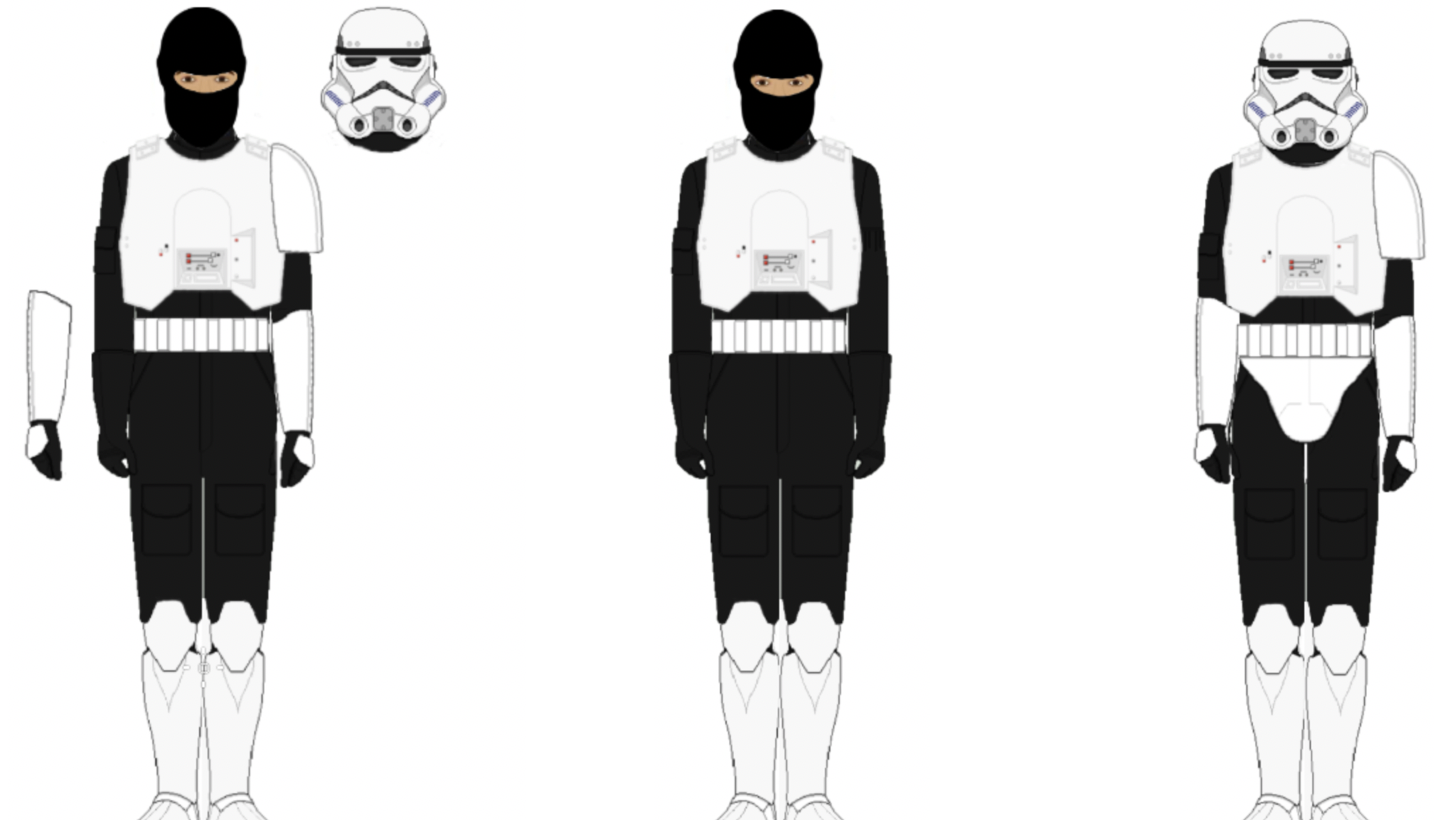 OUT OF CHARACTER INFORMATION
GENERAL INFORMATION
COMBAT INFORMATION
Strengths
Weaknesses
HISTORICAL INFORMATION
As the Adjudicators and Mern Squadron were formed Kenth immediately recognised the need for a combat arm. Modelling the security forces after the stormtrooper corps of the bygone Galactic Empire, he put an emphasis on adaptability and versatility. While the Empire's stormtroopers were versatile Kenth took this to the next level. This was because the small size of the organisation and the fact the entire force was stationed and deployed from small frigates and corvettes during it's foundation. After the concept of the troops had been made Kenth began forming the initial platoons. Forming just under 2 companies, the forces were split between a single deployment company and a contingent tasked with fleet security, many troopers finding themselves rotating between the two groups. The force was made up out of many veterans and a few fresh recruits who some connection to the Empire. The veterans were quickly organised based on their experience and are easily distinguished by their use of their old stormtrooper armour. The recruits on the other hand were simply given basic equipment and assigned almost exclusively to infantry or security positions in order to build experience.
Last edited: Jun 1, 2020

Character Bio
This link does not work, so please fix.

Also please remove the spoiler tab for composition. Per this rule, only images can be placed in spoilers, but text should not be hidden.