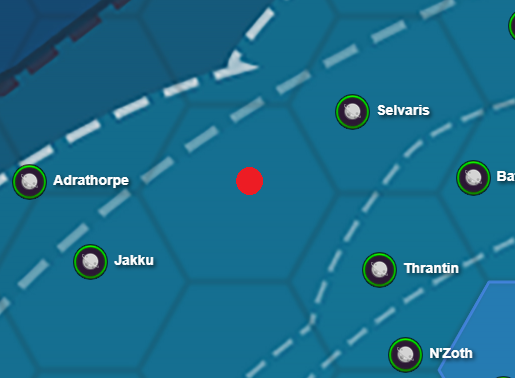 Despite its various ecosystems and diverse wildlife, Chaldea has no naturally occurring sentient species. The first colonists who arrived were members of an ancient dissident Jedi sect seeking religious freedom. They first established an academy, which would become the heart of Nezamiyeh. The focus of this academy was on space exploration; like the Galactic Research Academy on Koaan, they sought to gather data and research on recently discovered and/or unexplored worlds. Their efforts were slowed to a crawl by the rise of the Galactic Empire, then during the Rebellion troops were planted at the academy as part of the Imperial initiative to control all scientific centers in the galaxy. After the Empire fell, Chaldea went back to being a focal point of research and learning, but took a major hit during the Gulag Plague.

Remember that these custom planets may be submitted the map for the community to enjoy. The more background you set down, the more clearly others will be able to understand your view of your creation. ]
Last edited: Today at 12:26 AM