Ukraine:Civil War or Just a Flash in the Pan?

Character Bio
Well,this is a topic that's been bugging me for the past few weeks. I've actually been following the developments and have come to the conclusion that there is a 90% chance that there is a civil war brewing. But,I want to hear what you guys think.

Character Bio
Anyway, I think there is a war brewing >.> The last few elections all seem to be rigged from what my point of view, at least from what little I've read. Character Bio
Perhaps I will generate some ire for this comment, but here is how I think all the puzzle pieces fit together.

I have been trying to figure out what exactly is going on in the Ukraine for some time now as well. It is indeed a very multifaceted situation. What is basically now happening is that this is yet another attempt by the United States and Israel to geopolitically isolate Russia. You may recall the Syrian conflict from last year, which was basically the exact same thing - I believe that the current situation in Ukraine is merely a continuation of that policy. The Syrian adventure was a failure on the part of the U.S. and Israel, simply because the American people were vehemently against another war, and rightfully so. This time around however, things are being handled differently. The U.S.-Israeli coalition probably realized that it overplayed its hand far too much, and now they are being much craftier about the situation, instead staging a false flag operation rather than advocating direct military intervention.

It's no secret that the U.S. is funding the revolt in Ukraine. Meanwhile, American media is generally in support of the revolt, calling the deposition of a democratically elected government -and possibly replacing it with another corrupt one - a "reform" (democracy is great - until you vote for someone we don't like) and calls the violent revolutionaries "protesters" (protesters with guns?) and claims that they are some kind of right-wing nationalists. They are definitely NOT nationalists. Why would Euroskeptic nationalists want to JOIN the EU? Thatt makes no sense. What began as probably a legitimate protest by irate western Ukrainians is now basically being fought by mercenaries financed by Uncle Sam's loyal taxpayers.

And of course, this whole thing couldn't have come at a better time. The Sochi Olympics provided a perfect opportunity for America to drum up some popular support against Russia, by attempting to spin Russia's laws as "anti-gay" and further wag the finger at Putin while the world spotlight is on him and his country. In this case the United States is using the current social justice flavor of the week, which just happens to be homosexual rights, to do so.

Israel, this time, is nowhere to be found at least on the surface, but I am including them here despite the fact that we don't yet know Israel's true involvement in the situation for two reasons. First, the Semitic role in the revolution should not be ignored. The major players in the revolt - Victoria Nuland (nee Nudelman), Robert Kagan, Vitali Klitschko, Yulia Tymoshenko - are all Jews. I'm not sure what this means yet, but, just something to keep in mind. Secondly, and more importantly, it is useful to remember that not only is Israel one of America's greatest allies (or perhaps it would be more accurate to say that American foreign policy is beholden to Israel), but the geopolitical isolation of Russia would be something that Israel would indeed benefit from, and thus it would make sense for them to be involved.

Character Bio
That sounds about right.

I heard somewhere that there were Neo-Nazis involved in the Ukraine Revolution.

Is this true or not?

Character Bio
No. The media are saying that Spilna Sprava/Pravy Sektor/whatever the hell else they call themselves are nationalists, national socialists, or "neo-Nazis". But whatever their beef with Russia, why any nationalist would want to side with the EU is baffling and makes no sense at all. The EU stands for everything nationalists hate.

I believe it is a false flag operation and that these so-called nationalists are merely just paid mercenaries.

Count Aretine said:
I believe it is a false flag operation and that these so-called nationalists are merely just paid mercenaries.
Click to expand...

Wouldn't be the first time.

Character Bio
Surprise surprise. I just don't understand how people can't see this conflict for what it is. I fully support the Russian cause in this escalating war and I wish God's grace to them.

The more I learn about this conflict, the more obvious it becomes. The obvious goal of the opposition was always to attach Ukraine to the bloodsucking European Union, but also to make the entire country indebted to the IMF. Here come the loans.

Just think for a moment about who benefits from that.

Character Bio
In my opinion, Russia should've never made their move. I can not tell you the reason, but some people might already know it... I really hope Russia isn't going to do something crazy.

Character Bio
They had no choice. Ukraine is vitally important to Russia for a number of reasons, hence why it is the playground of choice for the Western shills' latest scheme. Also, they need to protect the millions of ethnic Russians living in the eastern half of the country. SNAP CRACKLE AND POP THE ENEMIES OF FREEDOM AND AMERICA 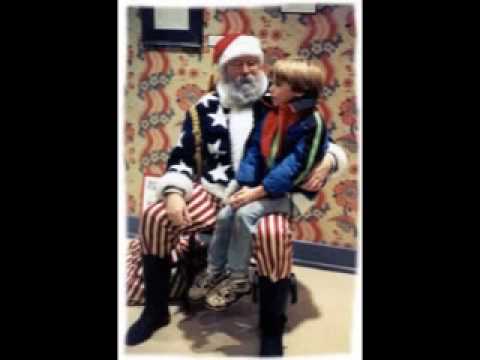 WHAT'S THAT LITTLE IVAN
YOU WANT FREEDOM FROM RUSSIAN OPPRESSION?

YOU FRIGGIN GOT IT

Character Bio
On a more serious note, the fact that RUSSIA JUST THREATENED AN ATTACK MEANS THAT poodoo IS GOING TO GO DOWN Character Bio
If it comes down to it, which it shouldn't, nor is it likely, America can put down a much bigger boot than Russia. I honestly can't see us going to war over this, though. I can see tensions, bad ones, to be sure. I'm just not certain of any direct military action by American or Allied forces.

Noah Corek said:
Well,this is a topic that's been bugging me for the past few weeks. I've actually been following the developments and have come to the conclusion that there is a 90% chance that there is a civil war brewing. But,I want to hear what you guys think.
Click to expand...

It's a Political war, yeah. With vast ties to Global Economics. Until Russia began sending troops, I had largely considered this to be a case of slow transition. Out with the old, in with the new. But with the Russian's defending President Yanukovych and isolating the peninsula? It most certainly now resembles two states, rather than one. Making a Civil War easier to see on a map anyway.

It's a mess and it is going to take the International Community a long time to sort this out. And when the dust settles, it won't be what it used to be. Until then the Economics won't get better, the people won't be happy, and the media will have plenty to write about.

As an American. I don't have a care in the world about Ukraine or it's little Coup. I'm still watching Afghanistan, Terrorism, and Obamacare. Our job as America is to encourage Ukraine to settle their internal affairs peacefully, publicly, and with respect to the Global Community of which their Finances and future belong. That's it. Then we can go back to worrying about stuff that matters to us. Like Healthcare, Immigration, and Economics.

Is the US not doing the exact same thing? The only reason America has meddled is solely for its own interests, the interests of Israel, and the interests of globalist bankers. Other than that, the US has zero historical connection to Ukraine, unlike Russia which has a vast connection to the land and the people. At least Russia's claims to Ukraine are somewhat legitimate. And even if Russia is trying to protect their interests, so what? Does not every nation have the right? The United States gets to go around the world and play cowboy, and then act all indignant when they inevitably step on some toes and meet resistance? Is the entire world supposed to bend over and pledge themselves as Uncle Sam's obedient playthings to be used and abused at will?

The U.S. has zero moral high ground here. I continue to be baffled as to how the government thinks it is going to win over the support of its citizens for this war. We are supposed to believe that it is okay for a few thousand radical terrorists to overthrow a democratically elected government and storm the capital with arms and burn and pillage, and if they don't succeed, the U.S. has a moral obligation to ensure that they do? Would it be okay to do the same thing here? When is democracy who you voted for, and when is it burning down the city?