The gun in his hand suddenly snapped back and snapped back hard. The recoil of is own shot seemingly disproportionate at first. Of course, that illusion was quickly dispelled when his fething third and fourth finger hit the floor a few seconds later. The revolver already going slack in his now mangled cybernetic hand from the sudden break in his grip.

He tugged the cigarra free with his organic, less mashed up looking free hand, letting out an appreciative whistle. That was a hell of a feat - maybe there was something to that force hoodoo voodoo schmoodoo his sister an her bratpack brought into after all.

The fingers sputtered and sparked in the dust.

"But I will likely bill you for those all the same." He was about to leave, considering his shot to be too out of practice to advance. But apparently according to one of the folks clapping him on his back and calling him "lizard dude," he somehow managed to anyway. Rolling his eyes, he let himself turn right back round to the event, realizing that the participants were now squaring off in duels. He'd heard of the custom, but he'd come woefully unprepared for this impromptu contest...if he had a blaster he could set to stun it'd be a little less worrisome for him. He was a hunter, not a killer after all.

But backing out of a contest of skill when he made it this far? No chance in hell.

He turned to the fellow that brought him back, the barest trace of excitement passing the Jedi's face as he spoke, pointing to the pistol he carried as he pressed a handful of credits into the man's hand.

"Mind if I borrow that?"


It was eventually the Trandoshan's turn to go. He eyed his opponent

Beltran Rarr carefully as he held his hand over the blaster he'd strapped to his belt. His fingers were far too large to actually use the woefully miniscule trigger. But after emptying the blaster of its power cell, he felt he had an idea of what he'd do.

The signal was given. He doubted the other being would be giving the Jedi the same non-lethal courtesy he gave him, so he moved quick.

Minimizing his profile the best he could just after the starting gun, he would eyeball a path of trajectory and, with all of his considerable strength, chuck the blaster he'd been lent straight at his opponent.

A tumbleweed hopped along lazily as Akari waited with bated breath for a signal to fire. She had trained the crosshair of the Helius rifle on her opponent, but her hands trembled. She was used to firing on threats, but for all she knew this man was a civilian, with a family, with friends, perhaps a pet tooka. A single drop of sweat ran down the side of her face as the man's silhouette danced between the three holographic lines.

Every uneventful second that passed only intensified the trepidation she felt. She could practically see the tooka cat over its owner's motionless body, looking up at his murderer with its sad eyes. The way it nudged its owner's arm to no avail. It was too much for the Thyrsian to bear.

A sudden explosion of noise, the gunshots of the other duelists, startled the Auxilia, violently breaking her out of her thoughts. Unwilling to fire a shot, she acted impulsively.

One fully functional Helius battle rifle would suddenly find itself flying through the air, directly towards the man across from the Thyrsian Auxilia, who stood there with one arm outstretched and eyes firmly closed. 
He hadn't been allowed to shoot at the hanging helmet because of the size of his gun, but when some random cloaked girl decided it would be a great idea to shoot at Taru instead, he turned from where he was standing and took the blast as if it was nothing.

It was only one shot after all.

However, that one shot was enough to get him annoyed. He had been already annoyed, but sarcastically annoyed, that he ironically wasn't allowed by the group to shoot at the target with his Ash'amur. But this was enough.

Taru, not even looking in her direction, but instead letting his armor's sensors do their work for him, shouldered his gun into place on the magnetic lock on his back and while bringing his hand down onto the table beside him, let loose a single shot from his wrist blaster towards her. Shooting for the LOSER'S CUP

A most concerned gonk droid deposited power packs at the feet of Wynter Rackham and Renn Garrick, just in case their guns had run dry. Character Bio
FINAL ROUND
Same rules as the second round, but you get TWO SHOTS - one at each of your partners. It's an honor system: you might be tempted to say roll X was for opponent B instead of opponent A, but please don't.

Three-way for the Winner's Cup:

Three-way for the Loser's Cup:

Erm. Right in Zef and Kale's direction too! GAH! WATCH OUT BOYS! Character Bio
Some lady had lost her mind and anyway she'd started blastin'.

Zef tap danced 'round the blasts and started firing at the woman. To no avail. He was outta ammo. Grumbling like the grumpy old man he was, the scoundrel hurled the blaster itself at the lady and then took a few of the leftover power packs CLEM had tossed to a few other participants and kept on hurling them like a pitcher.

A few of the power packs accidentally were headed towards a young Jedi boy. What the hell was this lady doing? Firing in all directions. Blasting every which way at first, then at myself, and someone else. I took a quick shot at her first before having to dance my way out of her shots. I tried to look over to the other guy Only to see the powerpacks that droid was trying to be helpful with.

Trying desperately, I caught one of them that came at my direction. Shrugging my shoulders, I returned "fire" by Doing some over the top action like some kind of action star. Rearing up my stance as though I was in a ball game from holoflics. Hurling one directly at the older man.

"You people are crazy!" 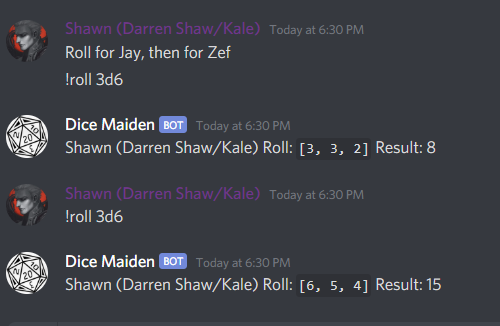 Character Bio
One person down. It didn't matter who they were or what they stood for. Scherezade laughed and jumped off the little brick fence, weapons ready to shoot again. Two lucky shots, aimed straight into the faces of the next two.

Character Bio
The Loser's Cup was the one to watch, apparently. Jerec was at the edge of his seat.

Kale Seleare had tied with a perfectly matched set of terrible shots and had to go again. Meanwhile, Seleare and

Zef Halo had each won a draw. If Seleare took down Holliway, he'd win the cup. If she took him down, that made the Loser's Cup a three-way wash...and Jerec didn't have a clue what the organizers would do in that situation.

Megan was so dizzy from all her dancing and shooting and dodging, even Kale's wide shot, that she didn't even see Zef's chucked blaster a'coming.

She took a thrown blaster right to the head.

And subsequently toppled over to pass the fark out.

Character Bio
Still rattled from her previous encounter, Akari immediately went for the already successful approach. Without much hesitation, this time on purpose, she threw the rifle at the scaled giant (

Niklasz Tassik ) to her one side, only to face her other foe with empty hands. Fortunately, a quite "Gonk" announced her saviour, a lone GNK-droid bearing a name tag deposited a power pack right beneath her feet. With a curt "Thank you, Clem." Akari picked it up to throw at her other opponent (

Scherezade deWinter ), but just as she threw her arm back to prepare the throw a searing pain caught her right in the side. The blaster bolt, usually a lethal affair, was reduced in its effectiveness thanks to both the Auxilia armour and the thick leather spacer's coat she wore, hiding the protective gear beneath. Thanks to each garments' blaster hampering effects, her death would only come several long minutes after the initial impact, instead of instantly. Enough time to drown yourself in bacta, she thought, as she began painfully crawling off the combat area. Rolls in order of tags in the initial post for this round: Scherezade then Niklasz

Apologies for the delay, exams had me completely forgetting about this thread.
Last edited: Feb 14, 2020

WINNER of the LOSER'S CUP
NAME:

A beautiful and awe-inspiring legacy, truly. A disreputable Rodian handed over the prize, a bizarre revolver.

Niklasz Tassik took his final shot, something similar would happen for the big prize, the Winner's Cup.
Last edited: Feb 14, 2020

Character Bio
The tournament runners made their call. The excessively pouty yet somewhat hot face of

Scherezade deWinter appeared on a holodisplay under the heading WINNER'S CUP. The display showed a repeating clip of her laughing as she jumped off a low brick wall and fired a shot at each of her opponents.

A Rodian whistled appreciatively. Jerec nodded. "You said it, buddy. She can shoot me in the face anytime."

And no sun can hold us and keep us for long
For infinity's ours and infinity's free​
You must log in or register to reply here.

We are The Primeval [Post-Invasion]
2 3

After the Ashes (Post-Taanab reaction thread)