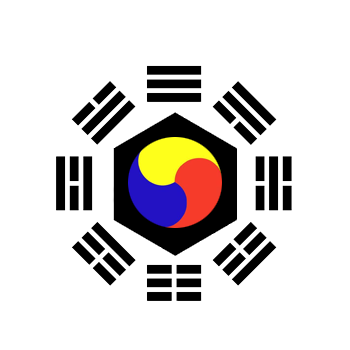 High - Crime is relatively low this is partly due to how Seoularians conduct themselves and attributed to their local law enforcement. The Royal Seoularian Military coupled with the heavy presence of the First Order Armed Forces here and that has added to the stability and feeling of security here in Noryang.

The reconstruction of the city allowed the Seoularian Kingdom to include more green parks and wider accommodations for housing and transportation. The city’s chief investor, Valessia Creed returned to aid Noryang and returned it to its prime. Leaving of course a place for herself and her family to go to, the Creed Summer Home sits along the Mayang River secluded off a dirt trail.

Noryang was initially a crowded town that had been elevated by the First Order to a metropolis in the late 840s. It served as the First Order administrative headquarters until the Sacking of Dosuun in the mid 850s. The Ssi-Ruu invasion changed Noryang’s geography no longer did it hug the Cheongwadae Mountain. The Mountain had been reduced to mere hills, and the access to the Goryeosa Sea opened up.

As the First Order returned, so too did Seoul rejoin the Order and Noryang made use of the sea. Noryang redesigned itself as a culinary destination. Welcoming members of the First Order’s Armed Forces and the families that followed. Noryang opened up the beautiful Ryseong Residential Square that is nestled in the hillside. The square sits beside the Ahn Naval Academy and doubles for student housing. It is just one of the many signs that Noryang has come back stronger than ever.

Perhaps one of the biggest changes to Noryang was the increase in military presence, from both the Royal Seoularian Military and the First Order Armed Forces. The largest installation is Fort Kim which is spread out over 4200 acres outside of Noryang proper several kilometers down the Mayang River just before it splits.

The city’s economic district or Hana District has grown in size as of late, rivaling that of Prosperia on Dosuun when it comes to matters of trade, and currency. The expanded district is also home to some of the best street food vendors in the city center of Noryang.

Noryang has become one of Seoul’s faster-growing cities as it now sprawls across the Goryeosa Sea and operates on both sides of the Mayang River. A hub of administrative, economic, and military activity, Noryang’s tragedy at the loss of the Cheongwadae Mountains has turned to triumph with a celebration of the sea.

Avatar and Sig by @Runi Verin ​

This is lovely as always! Ever a fan of details and all of the lovely fluff! I just have a couple of things I'd like to be linked and clarified before I stamp this one:


Great Galactic War Memorial | Please link Aurodium here.​
​
History | In mentioning Valessia Creed, do you mean the character linked here? If so, please link that character's bio at the first mention of her in the Historical Information section.​
Of course, feel free to ask questions or give me a tag once edits are completed!

Avatar and Sig by @Runi Verin ​

Looks amazing! Thank you for those edits!