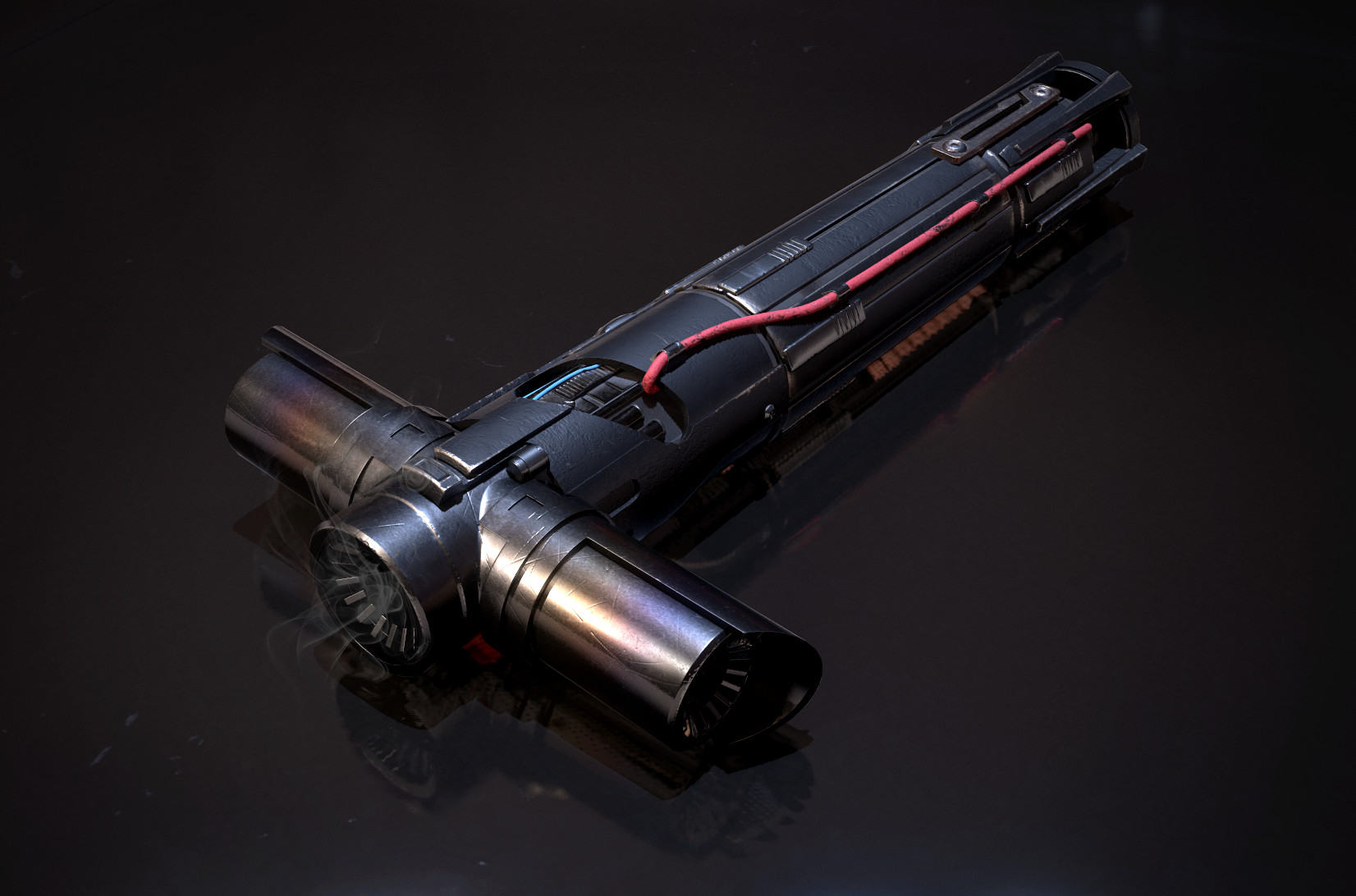 DESCRIPTION
The Lord of None, an individual who seeks power, strength, and the ability to personify the code of the Sith. Namely, "Through Passion I gain Strength." In this passion, many interpretations have been given. Be it Passion of love, Hatred, anger, pain, happiness. For Kaar, it is pain. The pain of many things. Physical, emotional, spiritual pain even. Upon being gifted the Vader's Demise lightsaber crystal via Alessandra Malvern. The heir of the company for Siverra Lightsabers. While payment would come later in the form of a Favor to be performed, Kaar cared not. Gathering the required materials.

A couple lenses here, some other easy to find components, Another crystal to aid the Vader's Demise, even a trapped grip so that should another individual attempt to wield it, they would find themselves with a super sized thermal detonator like explosion in the palm of their hand. More over, the weapon was created specifically so that Vora could intercept and fight opponents with an endless rage and hatred storm upon which the likes would be of a mythical status. Should they happen to escape, the lightsaber aids the wielder in following after them, seeking them down relentlessly with no end. For the rage, hatred, and the seeking of an injured foe would empower Kaar to show them the true meaning of strength.

Producing this Rage, only further generates a hatred, not just for the enemy, but also against themselves. Making the wielder, Vora Kaar, seem angry at themselves, doubt their own actions, even others around them. Further sending them down a spiral of the Dark Side. Making it more difficult to ever have any chance of recovery from the Dark Side. Corrupting them on such a scale, it pains the wielder.

Speaking of such, activating the blade alone can cause physical pain to the user. While at first it may be a simple headache, it will rapidly advance per usage, and length of possession of the weapon. Making them become further pained physically to debilitating injuries, or even self-destructive tendencies of near suicide like missions. Throwing themselves into scenarios any other individual would clearly not want to be in.

However, what is not in question of this weapon, is the amount of power, and ferocity it provides the wielder in such a fashion, it is unsure how deep, and how far Vora will go to reach their goal of becoming the Strength of the Sith.