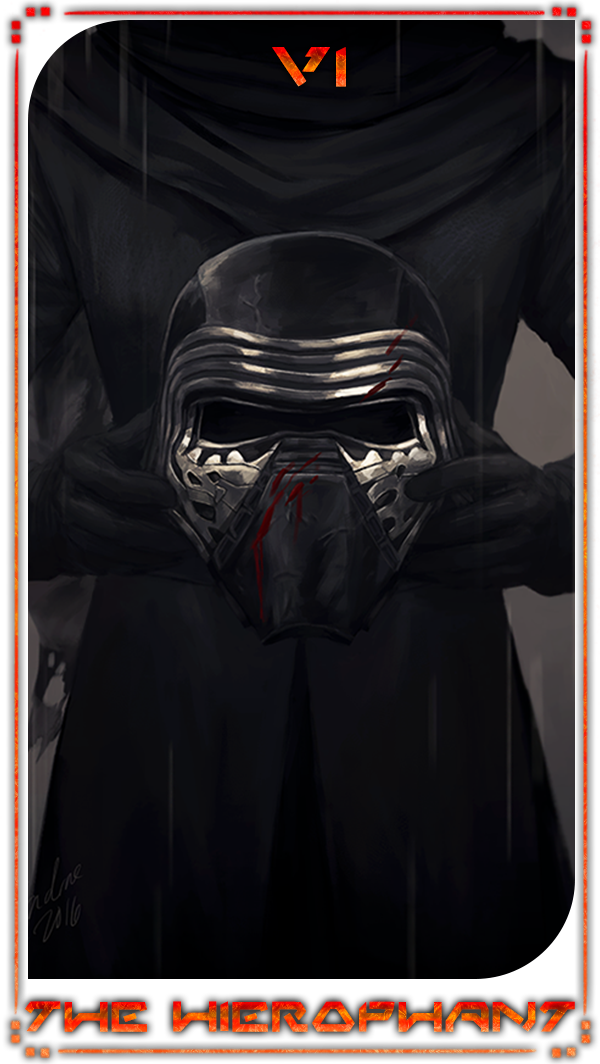 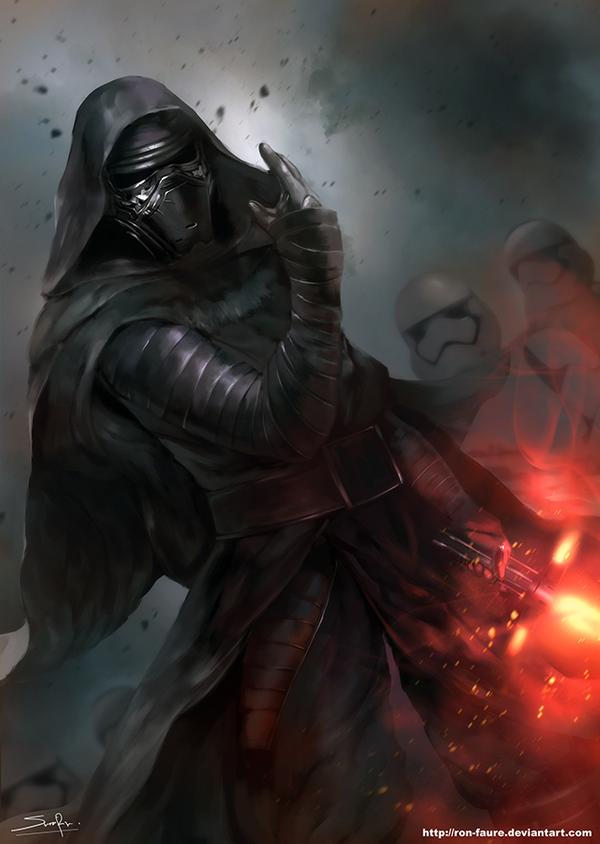 || ATTRIBUTES ||
Vora Kaar, is a well versed foe in the usage of Lightsabers. Namely the Crossguard Lightsaber. A weapon that utilizes a longer over all blade length with "Vents" that protrude from the side to act as a defensive, as well as an offensive measure in combat. While Kaar has shown capable of using blasters, or like minded firearms, it is not sure how advanced they are in this skill. More over, Kaar's real prowess comes with the utilization of the Force. Well versed in many aspects of the force, Sith Magic, Alchemy, and more "General" skills such as Telekinesis and its applications. Using the force in the simplistic of applications. The force is not a Flashy power to be used. It is a tool that should be used correctly, and controlled or harnessed in all forms possible.

Kaar is an individual who enjoys their anonymity. Using multiple cultural appropriation from the Sith, Mandalorians, Umbese, and more. Namely, hiding their face and keeping their armor on at all times. Keeping their true identity mostly hidden. While some things slip through the cracks, such as rumors of their past life, as well with Kaar, outright stating what their past is, and happened to them, Any mention of a proof of previous name before taking the mantle of "Vora Kaar" is seemed lost. An aspect in their life they take full advantage of. Using it to keep people guessing not just who they are, but also their rational, or reason for their "Madness."

Falling short of this, Kaar is known to be obsessive in the teaching of Sith Values. Seeking that the Sith are fortified through the power of one's self to become stronger. Some considering Kaar to be an "Elitist," or is an individual who gatekeeps who can and cannot be a Sith. More over, Kaar is not completely stable mentally. Rampant Anger issues that verge on being "Temper tantrums," An intolerance of failure from subordinates where many would consider to be Impossible feats to accomplish, The almost constant need of stimulation via Drugs, Combat, Action, or otherwise to have a "Rush," and finally, the Perceived notion that Kaar is a direct descendant of many great Sith Lords and Ladies of Lore and Myth. Namely being Exar Khun, Darth Talon, Sith'ari Adas, Naga Sadow, and the like. A delusion of power that is borne of learning much of the Sith Traditions from an exiled Sith Lord, Following the teachings of Darth Momin, Holocrons, and artifacts which provided the wielder with strength.

Finally, Is this obsession with finding one particular individual among the reaches of the galaxy.

|| FORCE PHILOSOPHY ||
Utilizing the universal power known as, "The Force" as a tool, and application in which Kaar has trained and studied for years upon. Kaar has a potent connection to the force, and leans well into it. Knowing that this singular application of the Galaxy at large is a universal tool which many use to their leisure. Following the teachings of Sith Religious aspects. Using the Code of the Sith, Namely the tenants of such being modified or interpreted in their own way. Kaar is one who sees the Past Sith Codes, Rule of One, Rule of Two, and Rule of Order, as learning opportunities. The Rule of two always ended with one becoming strong over the other. Rather than the two working together to become stronger not just individually, but as a cohesive unit. The Rule of One, where upon there is only one True Sith lord and all are beneath them, leaned too heavily into one individual who would be sought after. Having many apprentices, or followers who wish to take that which is not earned. While the Code of the Sith is open to such interpretations that can produce many individuals who work actively against one another.

Where the Jedi have continuously sought to unify under the Galactic Alliances, Jedi Orders, Wardens, Judges, and the like. While they are all separate, they are all cohesive. Working together to take over and destroy Empire, after Empire. The Old Sith Empire directly after the plague stayed by virtue of the Code, yet was replaced by the rising of the One Sith. Fallen and once more brought up by a Dynasty of Families. Using a new "Code of Order" in which the Sith are held behind the values of an Empire.

Kaar is an individual who sees the decline of the Sith. Relying upon Empires, Imperial Might, and armies of individuals who only seek to put an idea, religion, or belief system, before themselves. This relaxing of strength that the Sith once had, This slowly declining health of the Sith to become reliant upon others, and not power within themselves, has brought Kaar, to study, train, and mentor others relentlessly within the force. Becoming the entity that personifies "Through Passion, I gain Strength." Kaar's strife, tribulations, and failings, are all tools to be used to strengthen one'self within the Force, Physically, Mentally, and by teaching these same values to others, Aims to bring the Sith to a heightened status within the galaxy as not just a force to fear, but one to respect out of the sheer ability they possess.

There is much more to be added to Kaar and their feelings upon the force, or their application of it. As an ever evolving form of philosophy. 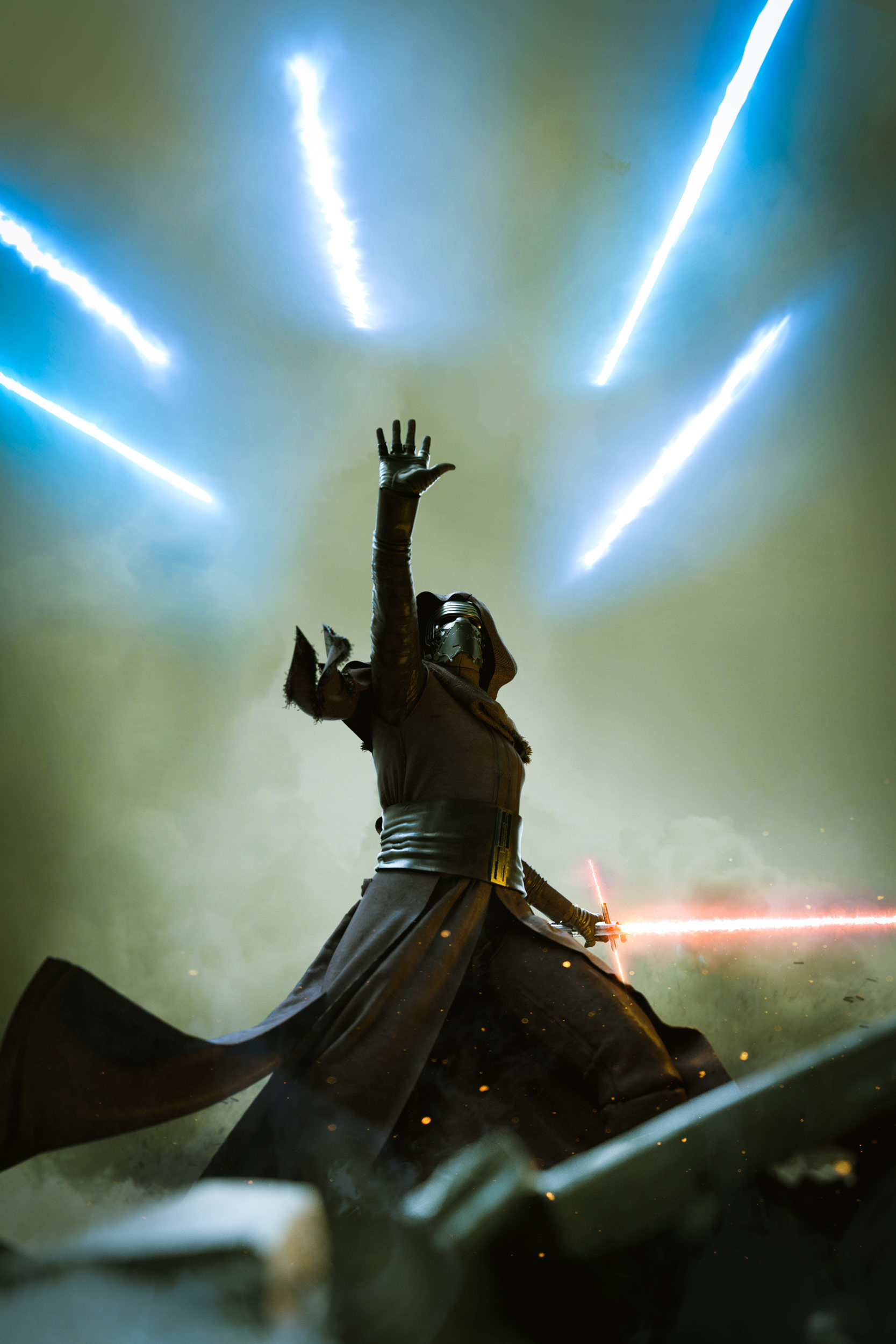 || BIOGRAPHY ||
The History of Vora Kaar is rather shrouded and hidden. However, much is gleamed from reports that match up with retelling of past instances from the individual themselves, as well as others. Namely, early life, what lead up to becoming a Sith, and some other sightings through the years.

Kaar grew up as a street urchin on Kol Atorn. A well known Mandalorian inhabited area of the Galaxy in the past. With more recent accounts being of a scrapheap of a place to be. Mandalorian immigrants that have become "Dar'Manda," or others who are not of the culture in which have found home here to a planet away from most of the galactic map, and limelight. Growing up abandoned, alone and without much in the way of food, or even clothes upon their back, Kaar was one of the few children living on the streets to make it past the younger years without ending up as a Slave, Street Rat, or dead.

Living in many situations where life in the outer rim would be most difficult. Being the furthest away from the Core Worlds "Civilization" was for all intents and purposes, dangerous. Theft, Violence, and a host of other charges could easily be brought against much of the folk who live and operate on Kol Atorn. A meat grinder in which can make or break an individual. Those that are made stronger of such, are found to be extremely well adaptable. Being employed by Smuggler gangs, Hutts, Adopted by Mandalorians on the very rare occasion, is a majority of what is to offer.

For Kaar, it was a little different. Like any child living in the lowest of forms of "life," one wished to be the galactic protectors of the universe. The Jedi. A task force of individuals who worked together for the greater good. Yet, it was not in the cards for Vora. Surviving off of their own merit, and making acquaintances along the way, Kaar had almost thrived in the living situation. While it is unsure what caused the sudden change in tone for Kaar, An incident they have personally proclaimed to be "Their Calling," led to the adoption of a Sith Lady. One that took Kaar in. Teaching them the ways of the force and how a Sith, one ripe and prepared to be molded into the perfect life for which one could not just survive, but thrive within the galactic conquest of the various governments, and entities of the galaxy.

This "Lady Lunaris" as have been aptly named from her descriptions, taught her much of the Sith Code. Showing how the Jedi sought to only exist within a shell. To be subservient to the galactic powers that were host to the universe as a whole. Forgetting the past, moving on from what they had once been, Lady Lunaris had sought time away from the would be Sith Knight. Seeking the council of another individual in which would bring her "Great strength within the force." Months passed by with no word. No statement. Nothing.

Searching after this mentor, only to discover she had been slaughtered. Shown to be weak with even all of the teachings presented. And so, she sought to a proposed self exile of almost three standard years. Reforming the code, the interpretation, and its values from all that had been left behind of the former mentor. Coming forth, were the ranks of the Keepers of the Sith. A splinter group of Sith Lords, Ladies, and Apprentices that sought to better, and reform the Sith philosophy into a greater power. Not held to the conventions of an Empire, or a government regime.

Proclaiming themselves the "Lord of Strength" as well as "The Lord of None." Becoming one of the most influential and powerful members within this splinter group of the Sith Code.
Last edited: Monday at 12:24 PM