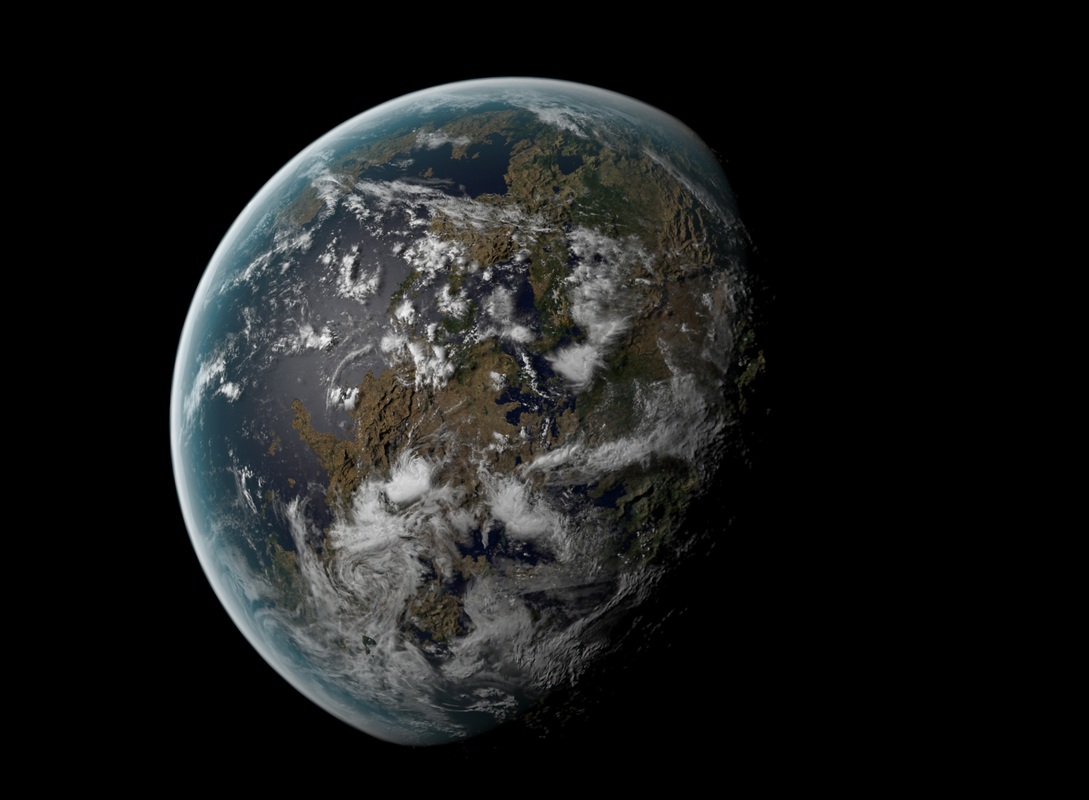 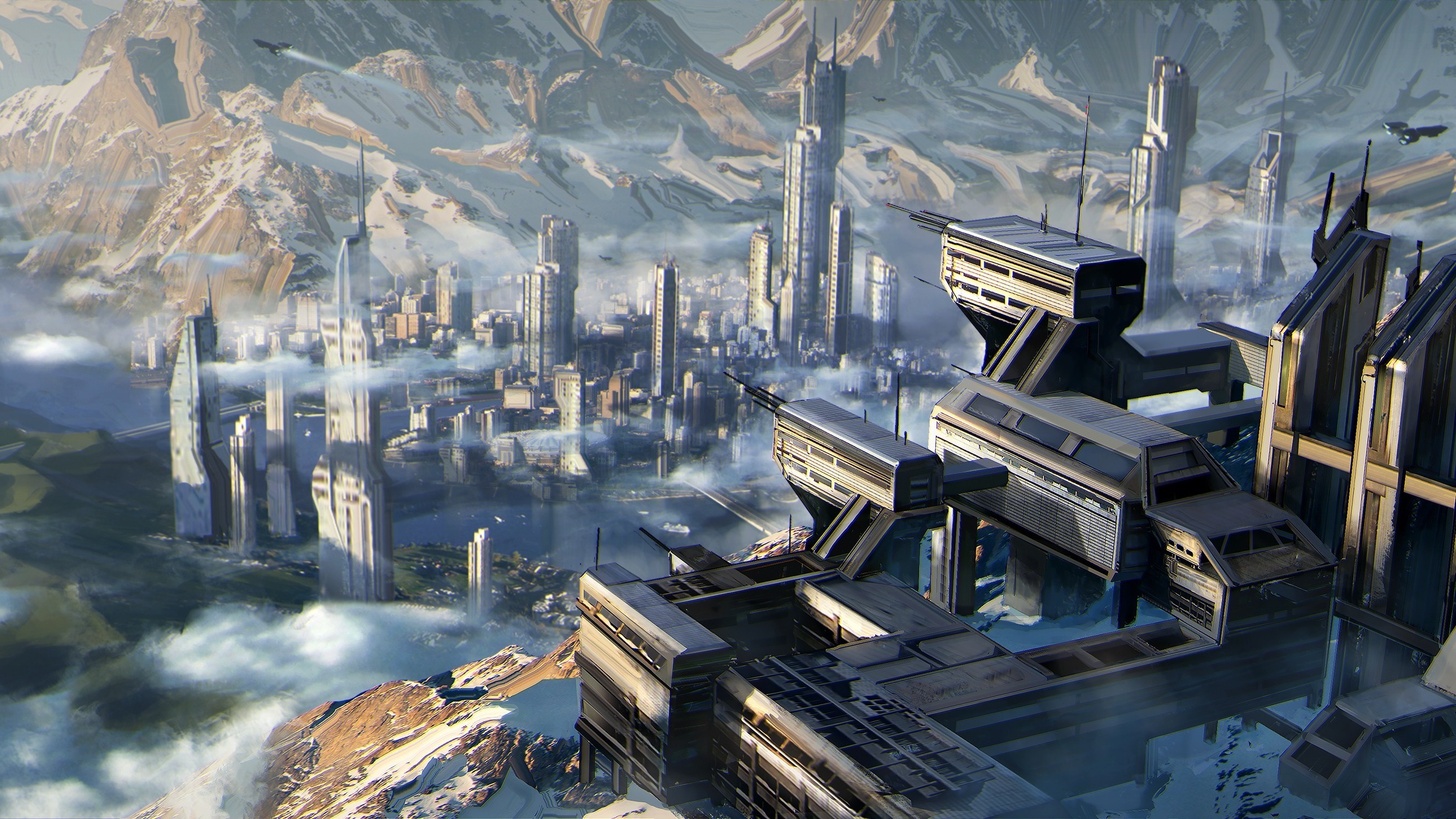 Naporo, located in the mountains of far northern hemisphere of the planet, was the first settlement on the planet and remains one of the few that can be called a true city. Most "cities" on Naporar are gargantuan military bases. While they house civilians and civilian industry, both are subject to the laws of the military, and what they produce is almost always taken by the armed forces. Naporo is one of the only cities on the planet where free enterprise exists, with civilian industries free from the oversight and quotas of the CEDF. Because of its relative freedom, it serves as the major civilian and commercial spaceport on the planet.

The city was founded shortly after the beginning of the Chiss Space Age as one of the first off world settlements. It was selected for the many things that it had which Csilla did not, chief among them being arable land. However, the city was built away from these lands, primarily in the snow-capped mountains to simulate the environment of the Chiss homeworld for the colonists. Despite this, the glacial valley fjords below the mountains proved to be good enough land to support the burgeoning colony.

Although the dates of their reigns are either unknown or deemed inaccurate by today's scholars, in its early days the city was ruled by councils of elder syndics. They were replaced gradually over a few centuries by the descendants of Nuruodo, an original colonist, who went on to found the aristocratic house Nuruodo. When Naporar became a large and significant enough colony, and the Chiss began using the Aristocra system of government, the Nuruodo family, already the most powerful on the planet, was chosen to oversee the Chiss Expansionary Defense force. The CEDF which until then had been administered directly from Csilla as it was developing, would be directed from Naporo for millennia to come.
Naporar, being the main military world of the Chiss, is dominated by military bases. The Chiss army, navy, and starfighter corps are all administrated from their own bases, with joint bases being common as well. Research and Development labs also make a large section of the planet's surface, where the Chiss create their technology, once considered the cutting edge of the galaxy.

-CEDF Headquarters: The administrative center of the Chiss military.
-House Nuruodo Palace: The ancestral home of the once-great aristocratic family.
-CEDF Military R&D labs: Not a single location, but a network of interconnected scientific and industrial infrastructure.
-Naporar Shipyards: The largest surface shipyards in the Chiss Ascendancy.


POPULATION
GOVERNMENT & ECONOMY
MILITARY & TECHNOLOGY
HISTORICAL INFORMATION
Naporar was one of the first planets settled by the Chiss after their capital world of Csilla. While the frozen, barren Csilla was perfect for the Chiss to build an impregnable world to house their bureaucracy and residential areas, Naporar was better poised to house the Chiss' factories. Naporar is abundant with ores and minerals, with an abundance of land to be developed. It was because of this that legendary Chiss Syndic Jer'Jo Cam'Co led his people there and founded the Chiss Expansionary Defense Force.

When the House of Nuruodo was established on the planet in ancient times, they built up the military-industrial complex and eventually came to be the overseers of the CEDF's operations, alongside House Mitth, for millennia. The planet held against both the Yuuzhan Vong and the Killik invasions 8 centuries ago. Naporar was one of the Chiss planets hit hardest by the Gulag Plague. CEDF vessels at the time accounted for the majority of interplanetary travel in Chiss Space, and Naporar became a hub for the disease to spread further through the galaxy.

In the 400 Year Darkness, extreme pressure was put on Naporar and the Defense Force to serve as the primary relief effort as they had been in past catastrophes. They eventually collapsed under the pressure. While house Nuruodo's sovereignty over the planet remained unquestioned, there was little the family could do to stop the rise of regional warlords who held the actual power. The Naporar System was mired in small-scale territory wars for centuries between admirals and generals who saw their personal retinues as the successors to a united Chiss military. In the mid-700s, the stagnant Ascendancy began to lift itself up, and the unification of Naporar finally came. With a new, unified military claiming its responsibilities, the CEDF was reformed.

Since the military's reformation, Naporar has once again served as its headquarters. The Chiss rebellion of 859 ABY, however, saw the planet undergo a slight change. The Aristocra of house Nuruodo chose to side with the old regime whereas the CEDF, still largely independent of the the house after the 400 Year Darkness, sided with the new. Although they remain a large and powerful house, the Nuruodo were stripped of their Aristocra status and Naporar since has been administrated directly by the Chiss Military.
Last edited: Jun 16, 2020

Character Bio
Archived Due to Inactivity

Srina Talon ready to be judged Maiven Taking this over as Scherezade is no longer a codex judge - please allow me 24 hours to acclimate myself to the submission and give a review. Thanks!

| Armor | Shotgun | Sunglasses | Lightsaber | ​
You must log in or register to reply here.
Menu
Log in
Register
Top