OUT OF CHARACTER INFORMATION
GENERAL INFORMATION
PHYSICAL INFORMATION
Strengths:
Weaknesses:
CULTURE
HISTORICAL INFORMATION
Discovered in the world by the Rakata and taken away from their homes because of the unique traits. In the early days of the plague, the Kerra were experimented on to try and find a way to use their genetic materials to make an anti-virus to the Rakata decimating plague.

With no real progress on their front to try and cure the plague eventually the slaves were left in the world while it worked to rebel. Their people and others finding a place on it as they took residence compared to most in the polar regions of the world. Being able to work with crystals and keeping themselves cool on the mostly hot jungle world.

The centuries went on and the local populations that were around slowly started to war and decline seeking solace in their larger cities with thick walls and only venturing out. More of the strange species from the world started to find dominance and the Kerra retreated to places they didn't like near the artic circle of the planet. Es

establishing temples carved into the sides of mountains and vast ones carved into glaciers as they worked on making their technology more hospitable to venture across the world to trade. Meeting the other species on the planet gave them a few ideas but it wasn't until they developed ice suits that could keep them cold in the hot jungles they had progressed.

With some trade established and seeing the ruins they left behind on the world outside their massive city the Kerra mostly established themselves on the fringes of the polar region. Not showing or saying where they were and only visiting to trade with the others. They could work their own mines while offering crystals harvested for some of the most exotic foods.

For many more centuries trade was a beneficial agreement between the two and while they might disagree invading their city would mean long months likely of being in the heat and marching through a desert. While vice versa they would be trying to invade a region of the world usually always in the grips of a blizzard and likely on foot.

Their encounters with the other local species of the world were stranger still as they managed to not be prey to some of the scarier ones but developed ways to combat them to penetrate the exoskeletons the species had. Their harder work in making locations of worship they could train and live in.

When more people came to the world to liberate it they were careful not to waste the opportunity to learn about them but stayed away until they came to the polar regions hunting crystals. They met with them and showed them around but remained mostly neutral as the beings disliked the cold weather around them. They retreated and headed home to observe the world from the main city leaving them alone.

With constant attacks on Sekalus the Keraa Kesh were one fo the few species who called for aid for themselves and some of the others on the world. Getting evacuation for some of their numbers and through relocation programs created by the jedi to help attacked groups. Bringing many of their own technologies for cooling and temperature regulation to aid in terraforming other worlds and making them ideal to live on. THey had a means to repupulate and expand to a few other worlds being able to work with the Commonwealth as mercenaries and guards in their colder regions.
Last edited: Aug 8, 2022 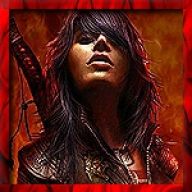 Character Bio
[member="Matsu Ike"]
Alright, before we get to anything else, I would like to address the article you linked me.
You cite it as how the Kerra Kesh are immune to toxins, but the article states that this particular substance is found in mammals. And due to the molting, chrysalis, and egg laying, I don't think they could be classified as mammals.
Not to mention, I really don't like the word 'immune'. I'm fine with them being highly resistant, but the source you linked would not explain an immunity.

Character Bio
[member="The Black Hat"]
I had that linked because for some of the more questionable things it has been experience it helps to provide a real world proof. I changed it to a high resistance as asked.

Character Bio
[member="Matsu Ike"] as Nyx (The Black Hat) is on a LOA I will be supervising this submission. Prepare for a review post in the next few hours.

Be helpful to link this.

Mainly on what planets? It's good to put the population on their homeworld with the approx. amount on other planets.

Since they are talent with cyrogenicts please expand this to 1-2 (3 if you're feeling crazy) paragraphs. Concentrate on how the made this technology and it's current uses.

Also, this submission has many grammatical errors. I suggest you review it and correct them.

I don't really see any other problems with this submission

About the size of as coconut but maybe a little more long. They would look like normal human's when pregnant but eggs.. which added an image for an idea.

Character Bio
[member="Matsu Ike"] how would a woman be able to hold 8 coconuts at the same time?

Big belly
but
They aren't holding or carrying them with their hands. Their bodies would be used to it and these while looking human are not mammals they are more reptile like humanoidswhich like Falleen have adapted mammal like charaistics.

Reptile eggs are generally soft and leathery shelled or parchment shelled egg. With a fiberous construction and thin layer of overlaying calcium crystals that can harden within minutes or hours generally of being deposited. A general cluth being 10+ with some being able to lay up to 60 at a time generally larger. The shells allowing for the eggs to be squished together more as they are not hard and going to crack from facing resistance while being in the body. As they are eggs and now attached with an umbilical cord the strain on the body is not as much. THe eggs once fertilized would need incubation and to be layed over straining the mothers body.

Character Bio
[member="Matsu Ike"] I suppose I can approve this.

John Locke this is ready to be judged