SHIP:
The Liberator, a corvette he and the Freespace Rangers use as a mobile command base.

BIOGRAPHY:
Valiens Nantaris was born on the remote mining world of Korus to a mother who had been a worker who had been seduced and impregnated by one of the foremen. It was an unhappy and difficult time for his mother, and she was forced to give up her son to the father or risk being dismissed. His father was indifferent to the boy, and even at an early age Nantaris grew up secretive and self-reliant. When Nantaris was three however, a natural disaster threatened to engulf Korus. A meteor of vast size was travelling towards the planet. Children and important officials were evacuated as a precaution, though the rest remained, including Nantaris’ parents. The owners were not unduly worried, and deployed seismic charges on the asteroid, but only succeeded in breaking it into several pieces. Further efforts could not stop the largest piece slamming into the planet. In the chaos Nantaris’ parents along with most of the workers were killed.

Nantaris, now an orphan, was dumped on Sullust, and it was his fortune that a Jedi Knight by the name of Regina Tal was passing through and detected the boy’s strength in the Force. Nantaris was taken to the Jedi Temple on Tython and grew up there.

Through his Jedi training Nantaris demonstrated that he was a very talented user of the lightsabre, though limited in other areas and stubborn. He made friends quite easily, though could be quite impassioned when discussing matters. He also developed a strong accent which he carries still.

Nantaris was made a Jedi Knight at age twenty-two, his promotion delayed by his disciplinary problems. Her zealous attention to fighting evil could mean that he was disobedient when he thought an order was stupid. His Master, though not encouraging him, did not take too many steps to stop him, and he came to rely heavily on her even when he was a Knight.

During the Republic’s first campaigns Nantaris was always in the forefront of any action, and always critical of the Jedi’s tawdry pace, as he saw it. Most importantly the Jedi were concerned about his aggression, not seeing that it was the product of a determination to do right.

When twenty-six Nantaris undertook a dangerous mission against a Sith base with his former Master. In the struggle with a Sith Lord named Darth Shadow, Regina was killed. Nantaris was angered by the lack of support he had received. After further Jedi actions which he deemed irresponsible he quit, taking with him a ship he had acquired.

Isolated, with just his wits and his ship, Valiens did not waver in his determination. Rather, it only fuelled his desire to follow his own path, as fruitless as it probably was. He had no illusions about where his end might be, but that did not stop him.

In the years after his departure from the Jedi Order, Nantaris participated in numerous campaigns and battles, first with the Republic, then the Levantine Sanctum and then the SSC. Each time he was sure that he did not commit himself to one cause or another permanently.

Along the way he acquired an ancient ship, the Liberator, found as wreckage in an otherwise empty star system. To crew it he recruited to himself a small group of mercenaries and soldiers dissatisfied with the ‘forces of light’. He also acquired a command crew made up of those whom he had personally recruited.

However, Nantaris is certainly no warlord and leader of vast forces. He has barely 200 people under his command at any one time, and many of these are in it for the pay. Said payment comes from mercenary contracts, rewards for bounties, and the loot acquired from enemies. All of this is a means to an end which is fighting the Sith, the Hutts, slavers, criminals and Imperialists. Anyone who oppresses or crushes the weak will find him as their enemy.

That said, Nantaris is realistic about his chances of tipping the balance. However, it is better to be doing something to make the change than to let the challenge overwhelm all desire for action. Although he finds most Jedi to be as useful as an ice cube on Tatooine he works with some who are of more use, as well as other groups with the same ends. One such group is Firemane whose control over the planet Arkas provides him a safe haven for freed slaves to relocate to.

In all things Nantaris is quite pragmatic is how to achieve his aims. So long as it does not involve working or siding with Sith, slavers, Imperials or the like he will work with whoever necessary if needed.

In battle Nantaris is a strong combatant, especially against those without the Force, or duellists. His lack of advanced Force abilities limit him somewhat, but with a lightsabre he is extremely proficient at fighting a single or multiple targets.
Last edited: Aug 23, 2020

Character Bio
Have to correct you. Friends don't call you Nani, I do, my favorite Jedi annoyance <3
~ Monster ~​

Since when do you update your bios? 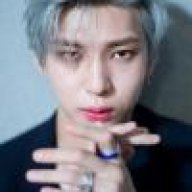 Update it!!!! ;p
No growth without assistance. No action without reaction. No desire without restraint. Now give yourself up and find yourself again.​
Windu's Lightsaber | Offhand Lightsaber | LightDiscs | LineShooters

- sad face with a quivering bottom lip.-
No growth without assistance. No action without reaction. No desire without restraint. Now give yourself up and find yourself again.​
Windu's Lightsaber | Offhand Lightsaber | LightDiscs | LineShooters

I did it!
No growth without assistance. No action without reaction. No desire without restraint. Now give yourself up and find yourself again.​
Windu's Lightsaber | Offhand Lightsaber | LightDiscs | LineShooters
You must log in or register to reply here.