'Kostaltyn' - the name seems like a combination of Rasputin and Koschei the Deathless.

They're going all in on the Russia theme, which makes sense. You already have an HRE and a France stereotype. And there will be a Chinese one with Cathay, so may as well lean into it.

Valiens Nantaris said:
So he's essentially Rasputin if he got in charge of the church.
Click to expand...

Well, he looks like Rasputin, is a scheming cleric some regard as a 'holy man' and terribly difficult to kill.

But for a full-on Rasputin copy, the empress would have to be enamoured with him (and married to a bumbling half-wit, but I digress). Also so far there are no stories of scandalous liaisons with noblewomen. And he still needs to give the monarch's sickly son a 'miracle cure'.

So...at the moment the similarities seem to be surface level. The political set-up seems to have more in common with those rare occasions when the Patriarch of Moscow and all Rus was able to assert himself and become a competing figure to the Tsar instead of being a stooge (so pre-Peter the Great, since he abolished the office). Like Patriarch Nikon of Moscow. Or ironically the competition between Pope and Holy Roman Emperor.
Last edited: May 29, 2021

Siobhan Kerrigan
Or the Byzantine Emperor and Patriarch often crossing paths on matters.

Or yes, the Emperor and the Pope.

It'll be interesting to see how effective he is, especially since Katarin is the more flashy option. 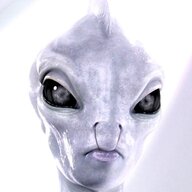 Teaser for the final game 2 lord pack! Oxyotl vs Taurox.

Taa Nul
Should be renamed Khorne-dogs....

(Not my bad joke)

Character Bio
There was a Q&A today on the CA Discord. Some interesting things, but pretty much limited to just Kislev and Khorne. 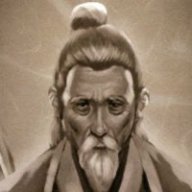 Never enough bears. Also I suspect they're saving hag witches and other ungol stuff for the lord packs.

Welcome back to the roster reveals for Total War: Warhammer III. The Blood God thirsts, the Skull Throne hungers, and the forces of Khorne venture to the battlefield for harvest. They are single-minded, bloody, and potent, defined by a distinct hatred of and resistance to magic. The cowardice of...

Khorne roster reveal! Surprised at the lack of mortal units, though I imagine they're saving the mortal stuff for the lord packs. Launch is very much daemon heavy!
You must log in or register to reply here.