Well I keep hearing this whole "criminal" nonsense get thrown around. I'm totally down for having Selena on trial. As I think it could turn out rather... interesting.

I have a requirement upfront though.

If we're going to do it, let's do this right. Any kind of questioning needs to be done properly. One person at a time. I'm not going to have like eight individual rants of questions in between my posts. Let's be serious, conversations don't look like that, and if I'm going to do this I want it to be rational. I refuse to have to address multiple lines of question in a single post because then things get jumbled and absurd sounding as dialogue becomes completely unrealistic.

Do as the Disney Princess requests.

Also, it'd be preferable if this somewhat resembled an actual court case. As in there is an accusation. People try and prove it with facts. Etc. Not just some list of nonsense, speculation, straw men, etc. Furthermore, it should be centered on the actual actions at the event. Not potential. People aren't found guilty because of potential outcomes, with the exception really being if those outcomes are planned or intended. EDIT: Then you'd be accusing Sel of conspiracy to start a war, which... I'm gonna tell you upfront is not the case and as such you're gonna have a hard time proving such in a thread.

Furthermore, that means that ya'll need to figure out very clearly what Selena is supposedly guilty of.

A judge needs to be declared. A clear prosecutor will definitely make my request far easier to fulfill because then others won't be speaking. Obviously, the prosecution can have a team if they want I suppose, but I'm honestly not sure how much that would really matter.

A predetermined jury seems appropriate. Not sure how that'd be assembled. Having it be senators seems absurd. EDIT: RPJs could be viable. Might actually even be the smartest way to do it.

I'm still debating if Sel would even want legal counsel. I expect she would for the sake of normality but I'm not sure.

Character Bio
I like this idea and look forward to it 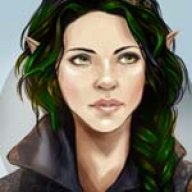 Character Bio
Can I start calling you jailbait?

Character Bio
She's over 18...Wait whats the age of consent on Coruscant? I'm asking for a friend.

Character Bio
Age of consent is... No idea. different species, cultures and way to many factors.

Please, I'd prefer it if this staid on topic. 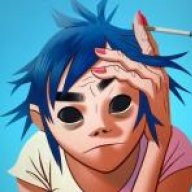 I would prosecute but for some reason i doubt they would let their resident sith lord in that kind of position.

Character Bio
In her apprehension thread Nato took the more sympathetic route, so it means IC you can plot out the whole returning the saber to the friend plot when you like, or you can have Nato do it as the memory in the saber could let her know where to go - if you wanted it that way. Drop me a buzz if you'd like that to play out.

Lot of fun this whole story arc, imho. Any of my characters are available for it.

Character Bio
Sounds fun! Would this be taking place in the Republic court systems or an internal Jedi Order one?

Drop me a buzz either way how you want to rp that.

Jedi "justice" labeled me an exile.

This would be the republic charging me for crimes that they've yet to actually declare.

Character Bio
So does any Republic characters want to start the trial for her. Got my best Jack Makoy lines ready

Character Bio
I can always play the part of jury if needed.

Natol'ine said:
Drop me a buzz either way how you want to rp that.
Click to expand...