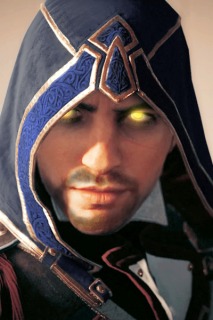 Besides the traits of his species, Vulpesen has also gathered a few distinguishing marks from his career of fighting, the longest lived of which is a streak of white in his otherwise dark brown hair. Vulpesen also has a scar on his neck, caused by a torturing session with two sith ladies, though the wound was healed enough to not affect him later in life. The rest of Vulpesen's body is covered in a web of scars of all different types from burns, to slashes, to shots from both slugs and blasters alike. Even one of Vulpesen's ears shows a very slight discoloration from where it was grafted on, having been shot off by Triam Akovin on Geonosis.


Strengths:
It's good to be king: After liberating Veradune, Vulpesen was granted the title of Valde, making him what is essentially, the leader of the planet.
Mercantile beginnings: Having been raised by a merchant on Amar, Vulpesen is fluent in many languages that might come in handy later in life, including the language of business.

I have passed through fire: Since the second he stepped foot in the jedi temple on Coruscant, Vulpesen was flung into war after war. He lived it, breathed it, and most of all, he survived it. He is a seasoned combat veteran capable of making strategies, then acting upon them
Beyond Human: Despite being raised as a human, Vulpesen has come to learn he is in fact, a Zorren, a warrior race of canine humanoids bred to defend the galaxy as its guard dogs. Upon awakening this bloodline, Vulpesen has gained several advantages that he lacked in his more mundane past including natural weaponry, and a stronger, more agile body.
The Force is Strong in this one: Trained by the jedi, the sith, and the wilders of Veradune, Vulpesen gained his experience in the force through combat, allowing him a mastery through necessity over many of the abilities he has learned through his career.


Weaknesses:
Who can I trust?: Between the masters that failed and left him, the perceived betrayal of the woman he went to hell for, and many other breaches of trust, Vulpesen harbors severe abandonment issues, though he does his best to hide such things from the galaxy.
The Galactic Guard Dog: Zorren physiology goes beyond the muscle and bone. Vulpesen has an instinctual need to defend others which could get him into trouble.
Canine Misfortunes: Due to the awakening of his Zorren heritage, some of Vulpesen's strengths can be turned against him, such as a susceptibility to sensory overload, or a weakness to certain foods which could make him ill.
I should be more than I am!: Having been turned away from many of the teachings he wanted to learn from the jedi, Vulpesen grew up with a chip on his shoulder, and feels often that there is a need to prove his strength, or that he's not nearly as powerful as he should be.

Lightsaber styles:
Niman: Master
Makashi: Master
Ataru: Master
Shii-Cho: Adept
Soresu: Adept
Shien: Adept
Juyo: No training
Vulpesen's lightsaber combat tends to revolve around adaptability. Though he refuses to use the first form due to its simplicity, Vulpesen finds himself at home in the elegance of Makashi and the well rounded usage of Niman. However, no matter what form he uses, Vulpesen puts heavy emphasis on his use of the force and other tactical advantages.


Year 1: Child of the force

The child of two zorrens on opposite sides of the eternal war, Vulpesen's destiny was sealed the moment he was born. His father, a knight of the jedi order wanted him to grow up to defend others and serve a righteous cause. His mother, wanted him to grow up strong and take everything he desired in life. Of course, knowing that the competition would rip apart any chance of a family, the pair decided that it would be best to offer their son to friend that could teach him both sides of coin. Zarro never discussed how he knew Garren or Carliah Torrevaso, only that they has left their son with him to learn the ways of the force, and that someday, Vulpesen would need to make a choice. He cared for the young zorren as if he were his own child, though he hid his zorren heritage from him, likely as a means of safety due to the zorren's hunted nature in the galaxy. Teaching Vulpesen of various force philosophies and saber forms, Zarro did his best to foster a neutral environment for his charge. He taught Vulpesen to help him track and bring poachers to justice as his father would have wanted, but also how to squeeze every last credit out of a negotiation as his mother would demand. Given the basics of combat and access to Zarro's personal library of histories and philosophies, Vulpesen figured that he would be well prepared for anything life could throw at him. Of course, he would later learn that he had barely even seen the potential that the force held.
Years 15-17: The Journey After his training, Vulpesen was allowed to explore the forests near Zarro's home. Having become a beast tamer of an acceptable level, the boy was safe as he traversed the woodlands on many of his training days. However, Vulpesen eventually came upon a cave where he found the shallow grave of a nameless jedi. After a bit of searching, the young force user found a single meditation crystal. Taking this as a sign as to the path he should follow, Vulpesen told Zarro of the event and left Amar with the old Amaran's blessing. Over the next two years, Vulpesen wandered the galaxy, learning what he could from any force traditions he could find. After one and a half years of constant learning, Vulpesen finally headed out the the world of Nar Shadaa for one last life experience. Six months of fighting crime rings eventually ended and Vulpesen left for the Jedi temple. After becoming a member of the Jedi order, Vulpesen blended in with the crowd, seeming to disappear from the eyes of his masters and most of the other students. Namelessly, Vulpesen simply threw himself into tournaments and eventually, the field of battle. Some time after the start of his military career, he would catch the eye of Daella Apparine who then took him in as her apprentice. After a few months, Vulpesen was declared ready to journey on, and thus he was promoted to knight. Despite arriving with the jedi with a more serious demeanor, time in the order finally relaxed the street rat and Vulpesen started to enjoy his time adventuring. Upon his promotion to knight, Vulpesen immediately joined the order of Shadows and thus he worked dutifully to help retrieve holocrons and beat back the sith. Through a large number of campaigns and battles, Vulpesen was finally starting to get a name for himself. Becoming well known as a loyal but somewhat strange jedi, Vulpesen had even gone so far as to make himself the mark of assassins sent by those who wished to make a statement. However, this was not to say that he was a paragon of the order. Near the beginning of his time as a knight, Vulpesen was given an Ashlan Wolf by the name of Ace. Forming a strong bond, Vulpesen and Ace became an item of unrest among several masters as their connection went against the old code. Despite this unrest however, his loyalty to the jedi, and his relentless devotion to fighting the sith was something that couldn't be ignored. Marked as a reliable warrior for the Republic, Vulpesen was risen to the rank of Master. 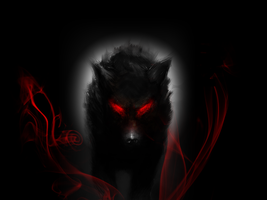 During the battle of the Empress Teta, Vulpesen was encouraged and convinced by the sith Darth Praelior that he would do more good among the sith than he could the jedi. His time with this new allegiance has slowly drained away his faith in the jedi until he has reached the point of seeing them as weak and incapable of defending others.
At least, that's what he had told the sith. The truth was, that he had joined the sith to betray their secrets to the Republic, something that would earn him the respect he had craved for so long from his superiors... Though admittedly, things didn't go quite as planned as his time with the sith did indeed show him the corruption of his once beloved Republic, showing him that even when he left the sith, there would be no home for him among the jedi.


Year 25 Part 1: The Tenevi
After almost two years among the sith, Vulpesen found that it was time to leave, showing his true colors. Having never had any love for the sith, and every desire to betray them, he left without remorse, with his only regret being that his exit did not take down any of the villains. Retreating to his ancestral planet of Veradune, Vulpesen remade the ancient Tenevi Order and through some diplomatic playing with Dux Kotass, and his lover, Alexandra Lianne Feanor, formed the Vitae Alliance.


Year 25 Part 2: The Alliance
Having helped found the Vitae Alliance, Vulpesen quickly set to work on creating a galactic power. However, while the alliance seemed to initially find a promising start, his success turned to ash as his fellow founders betrayed him, and his people grew idle and apathetic. Seeing no other choice than to give in, Vulpesen disbanded the alliance and retreated to his home on Veradune where he would wait and plan for his next move.


Year 27: Return
After swearing off the galaxy Vulpesen spent two years in hiding on his planet, rebuilding his people and learning of their culture and history. In that time, he has learned how the Veran and Zorren people eat, speak, fight, and believe. Once his home was finally established and rebuilt, Vulpesen was once again hit with the wanderlust of his earlier years. Now affiliated with noone but the people of his own planet, Vulpesen has taken to the stars to see what the greater galaxy has in store, as well as what he might have missed.

After dipping his head into the galaxy, Vulpesen started to travel, eventually finding himself in the company of old friends such as master [member="Matsu Ike"], as well as a new companion by the name of Ra'a'mah. Encouraged by his new connections to become more active in the Galaxy, Vulpesen looked to what little remained of the old Vitae Alliance and turned it into something new, thus was born the Vitae Security Forces. Now hoping to create a new business out of defending others, Vulpesen has set his sights on making this new and wild galaxy a better place.