The Difference Between IC, OOC, and doing away with crying "Meta". 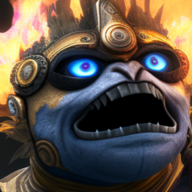 Character Bio
A very clear, well-written post clarifies how one member feels about "metagaming" and the separation between IC & OOC. I fully support this post and the writer's views on the topic. I also found it to be a diamond in the rough, therefore I'm posting it here for keepsake.


Ayden Cater said:
I offer something of an alternative view.

There is no separation of IC and OOC.

Now, before you go off grabbing your pitchforks and looking to see what pairs well with rack of goat, hear me out.

We are, at the core of our being on this site, writers for a story. By that nature, we must assert some measure of control over our character's lives. Stop for a moment and consider the honest likelihood that so many of the same faces consistently appear in threads where their faction is being attacked. It's one thing for a group of people to be on a planet to help with its defenses at just the right time. It's something altogether different when those same faces repeat the stunt four, five, or six times. When you hear that your faction is being attacked, you are breaking the barrier between IC and OOC to put your character on that planet. The only possible way you could create a true barrier between IC and OOC would be literally write out everything your character does, of every minute, of every day.

And that would be boring.

We don't roleplay to read about people reading newspapers on toilets in space (though that is both hilarious and should be done at least once). We roleplay together for the excitement, for the adventure. We do these things that we do because they're fun and they create experiences we can talk about for years to come. I'm gonna share a story to touch on my point.

Back on another roleplaying site, there was a big deal about a year-long roleplay. Some Jedi decided that they were done sitting on their hands and went off to do something about the Sith, Council be damned. So, they got up and started bombing some things. In the course of all of this, one of the moons around Taris was pushed out of orbit and began to fall to the planet. The who and the why aren't relevant anymore. What's relevant was that the moon was falling and there was nothing anyone could do to stop it. So, I decided that this was a good time for me to jump in. In truth, I had exactly zero reason to be on Taris at -this- particular time, but like we all do, I handwaved it. 'Just finished a job. About to start a job. Looking for a space dog.' I gave myself a hundred reasons why it totally wasn't weird that I was there and I ran off to play hero like I'm wont to do.

In the course of this, a Jedi crashed in front of my character. Not just any Jedi, but one of -the- Jedi responsible for all of this. I knew it, she knew it, and I was positively giddy with excitement. My character had a bit of a history with not liking Force Users, and Jedi in particular, for some time. Now, I had the chance to put it all out there. I was going to rant at this Jedi and take her down a dozen pegs. Every crime, every sin, every situation failed to be resolved by the Jedi; I was gonna crucify her for and make her feel terrible for everything. I even told the writer this and she -loved- the rant.

And then her character cried.

Before I could drop so much as a scathing word, her Jedi cried. And in that moment, everything that I had prepared went out the window. I couldn't rant at a crying Jedi. Instead, I got to to hug and comfort a weeping Jedi while Taris was obliterated by a falling moon behind us.

And I'm okay with that.

The things that I've done with characters over the years have been varied, but the one thing I've come to appreciate is that when you stop caring so much about winning or willfully screwing someone over, when you just let yourself be part of the story, you find that the barrier between IC and OOC was never really there to begin with. We put two characters together and call it "chance". Someone shows up to a wedding to crash it and we call it "metagaming". It's only a problem with we deign it to inconvenience us, when it negatively affects us. To hell with perfect plans and perfect stories. Bring me chaos, bring me the unexpected. I relish it.
Click to expand...

All hail the Grumpy Goat!
Creator of things.

Character Bio
I agree with Ayden in some respect, and I like his story.

However, you are still writing a character. My characters are not like me. Some of them are so totally unlike me that IC is very different from OOC. To take an example, I like or can tolerate pretty much everyone on this board OOC. My characters can't. So while Tegaea might feel bitter and resentful towards someone, I don't, and I can talk to that other writer without any bias. It works the other way too. Back at another site I had a dislike for certain people OOC for their personality and beliefs. However my characters could still interact with their characters because they are different.

We do write here to get to the adventure (and in my case, spiritual cross dressing it seems most of the time) but we write characters, not ourselves in the Star Wars universe. Well, except Sarge, ahem.

Character Bio
* nods * What @[member="Tegaea Alcori"] said. Admittedly I have a strong tendency to get invested and short-tempered (ironically enough a flaw IC Siobhan shares), but we're not our characters. As Tegaea can attest due to my often reduntant ranting about it, I don't particularly like Siobhan as a character, which might contribute to her getting maimed a lot. She is intentionally designed to be as far removed from me in character as possible (well, I guess we're both moody and have a temper, fortunately this writer cannot tear roofs down) and oftentimes her judgements are ones I don't share.

As for Moira...she's an HRD with Blue and Orange morality!

Character Bio
Doing away with meta would be wonderful. But you're still going to have examples of say "wouldn't it be cool if Akio assassinated the sith emperor" being said on Skype. Followed shortly after by a retaliatory attack by the sith and IC the reason is "we learned Akio was trying to execute the sith emperor." There wasn't even an actual plan, just a random statement, let alone ANYTHING being done IC yet characters know the plan exists.

Character Bio
Psst, did you hear that Akio's going to try and kill the Emperor?!

Character Bio
I did nothing wrong. My character knew you were going to do it! 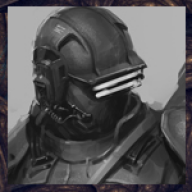 Ayden Cater said:
I couldn't rant at a crying Jedi.
Click to expand... 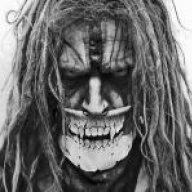 Of course this raises the question: is saying "The Force told us" or using the Force to predict the future or even battle meditation also meta-gaming?

battle meditation is ignored 80% of the time anyways
"You know I can survive for twenty years on a plague infested world, I can fight in countless battles and live, kill thousands of men and woman under my commander because they got infected and not die. But the one time I take a private out on a mission.. a simple mission at that, snatch and grab with a bounty hunter who knows what the hell he is doing too and the private screws us over almost getting us killed or captured." With a look Mistral didn't know if anyone was there as he spoke."What the hell is wrong with this galaxy when you can't rescue one simple old woman."​

Character Bio
Siobhan has been intentionally written to be the non-super perceptive sort of force user. No battle meditation, no farsight, short attention span, would not have the patience to meditate and get the Force to talk to her.

Lack of anything approaching subtlety. Heh. And, alas, no telepathic long-distance conversations, as much as her holocommunications bill would appreciate it.

Character Bio
And then of course there are the circumstances where people attempt to take OOC things IC...

Character Bio
The idea is to stop caring about people meta-gaming. If everyone would just moderate themselves and ignore the people who do stupid things (and tell them why you're ignoring them before doing so), people would learn rather quickly what's cool and what isn't.

Staff can't force people to role-play together. That's a consequence you can impose on others for doing things you don't think is cool. I don't understand why this isn't a thing.
be the change you want to see​

Character Bio
Technically, one can be forced to RP with someone they either dislike or have issues with, typically in an open thread. I'd be glad to give an example of such a thing if need be, publicly or privately. 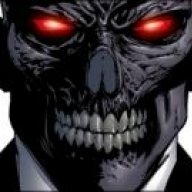 Character Bio
It seems like invasions force people to "roleplay with these people we're sending to your planet or lose the planet," so actually, yeah, you kind of can force people to roleplay together. I can't ignore people acting like twits in invasions, especially if I'm the defender. Some situations are going to force problems, like it or not.
Need a Hand? Read this.​
​
​
Evil Incorporated

Character Bio
No. You can't be forced to roleplay with someone. You tell them you don't wanna roleplay with them and then you alert an RPJ if they continue to pursue/harass.

I agree dumb will still happen, it's part of the game and can sometimes be fun or hilarious. But as for being forced to roleplay? That's absurd.
be the change you want to see​

Look To Your Demons 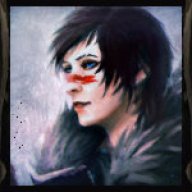 At the end of the day, you can always walk away.
Though the hope is you won't have to, and somehow you can still make it fun, even if it doesn't go the way you originally intended.

The reason we Roleplay instead of just write our own stories is because we aren't supposed to know how the end will turn out.
We want the unexpected to happen. Sure, we can get whiny when someone defies logical reasoning, but if we can look past minor things, we can still have fun. oh. nvm.
You must log in or register to reply here.

On Hierarchy and the Separation of IC and OOC
2

Metagaming: It's A Thing, But Not A Thing You Know!

L
Perception, Power, and the Player
2