LFG Shrike looking for a home. 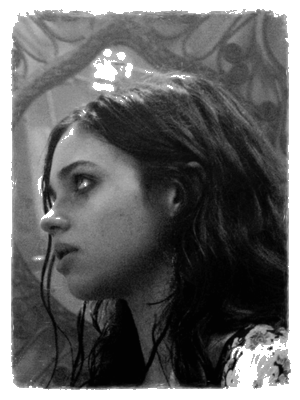 This is Maris. And I’m on the hunt for the next chapter in her story and the next stage of her development.

A highly impressionable force awakened former Ganger, Catburglar and Manipulator. Professional troublemaker and freakish mimic. She’s deeply unsatisfied with the status quo and bearing grudges against “proper society” for never having struggled as she had to. She’s certainly troubled and her morality and force flavour is tending to the dark side so far, but she’s inexperienced and hasn’t been involved in any formal force user cult. currently shes on the chaotic side of the spectrum, with a solid aversion to societies that oppress/enslave the lower classes but also a genuine disgust towards those who are willing to accept living in those situations.

There’s room for her to grow either way, and I’m not really sure what I want to come for her next. She could find a new master and seek out more force knowledge, or she could not. She could find her way into another criminal organisation, join other con artists, a terrorist group or maybe just start masquerading as a good person long enough to actually get infected with the light happy goodness and live a dream life as a professional ballet dancer - probably not.

In what I've written so far Maris has never really visited ‘nice places’, does poorly outside of highly urbanised environs and doesn’t respect privacy or personal property. She's a curious soul and very willing to take risks and play dangerous games, a bit of an adrenaline junky and almost always end up injured because no plan is perfect.

Recently, She has been running from the only purpose she’s ever found in the service of her first Master, and currently, Maris is at large under an assumed name and hopping ships between different urban worlds, stealing to pay her way and conning her way into positions she shouldn't have.

I’m basically looking for options on where to take her as she’s very much at a crossroads, I'm open to any suggestions, and I'll happily chat details over discord if anyone wants to know more.

Biography
Looking for links to the characters pm if interested.

Character Bio
If you read my character's bio I think our characters actually have a lot in common and could make for some interesting stories. Let me know what you think I am definitely always around

The Brotherhood of the Maw is always an option.. an extreme one but hey it's there She could join a pirate crew. Or join Darkwire. They have a lot is slicers and are very urbanized cyberpunk.

I am joining a pirate crew and she could tag along. My Jedi could meet her. Character Bio
Hmm.
This sounds interesting for a run in or meet and greet if you would like in the future.

Sounds like you fit right in on my crew, former Ganger, Catburglar and Manipulator
Professional troublemaker and freakish mimic.
She’s deeply unsatisfied with the status quo and bearing grudges against “proper society” for never having struggled as she had to.
She could find her way into another criminal organisation
currently, Maris is at large under an assumed name and hopping ships between different urban worlds, stealing to pay her way and conning her way into positions she shouldn't have.
Click to expand...

All of these things make me think Maris would fit in well at Darkwire. We're currently on a rise of antagonism against the Corpos (the Corporate Authorities of Denon, the IC government that runs the worlds and every controllable aspect of life there), and you'll find plenty other ne'er-do-well types who hold similar amoral views and even bounties on their heads. Even if you just want to come play in the setting, we're happy to have people who just enjoy the cyberpunk, too.

PM or DM me on Discord if you want to chat more about it. Character Bio
If your ever down to rp with Krayzen, I'd be more than happy to.

Character Bio
Thanks for all of the interest folks have shown, I'll respond shortly, can't wait to get back to this.
Biography
Looking for links to the characters pm if interested. Character Bio
Another potential option: the First Order Security Bureau is looking to recruit folks with talents like yours to do the wrong things for the right reasons. We can offer a wide variety of stories to participate in, and a similarly wide variety of characters to interact with. There’s plenty of room for everything from espionage to smuggling humanitarian supplies to whittling down the ranks of high society, all in the name of peace and prosperity for the common citizen. There’s plenty of room to work and grow your character at your own pace.

King of The Elysium Empire

You have a lotta suggestions here, but I gotta say you'd be perfect for The Elysium Empire.

Hate the status Quo? The Elysium Empire is always moving as a Nomadic fleet. We hate the current galaxy and we have an ideology to beat the rest.

Fought your whole life to live a semi-normal life? The Elysium Empire is full of misfits, and fighters that lost everything...be it victims of The Bryn, or The once-stranded descendants of The Empire (THE Empire, from the movies.) The Elysium Empire is a home for all. No taxes, just a request that you carry your weight.

Need a job? The Elysium Empire has thousands of jobs, from generals and admirals to nurses to guards and assassins. Anything is helpful.

*Monarchy, with a Council to advise the King, and a Senate that anyone can join. Literally Anyone can join the senate.

*....but also believes in Freedom, Diversity, and Representation of the People

*Vows to Unite the galaxy, crushing the evil Bryn, Uniting the splinter groups of the Empire, and crushing The CIS
We will bring an end to the false Imperial factions that so obviously wish to be the heirs of the Empire. We will restore the conquered planets, repopulating and rebuilding them. We will end the CIS, and crush its windpipe before it draws its' final breath. We will burn Bespin to the ground for its' rebellion that began the chain of destruction that made the once great Empire implode. Finally, we will break the pathetic Outer Planetary Alliance that we have observed over the past seven years!

Looking for a home!

Looking for a home
2

Looking for kin to come home to.

Looking for a new Mentor and a place to call home..

Need a Contractor? Or are you an Outlaw looking for a home?