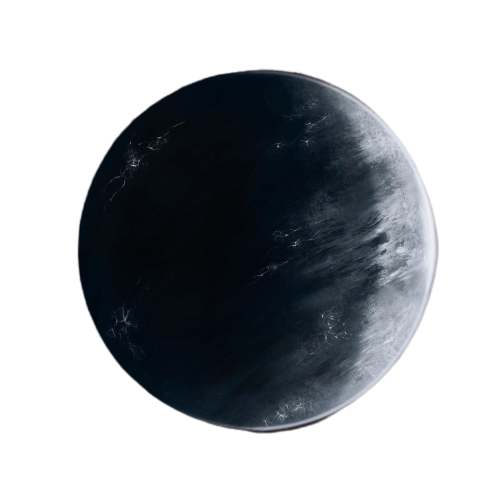 
In the ancient annuls of Remnicore it was said that the original inhabitants were a prideful six-eyed species of alien who were militantly inclined. For eons, they evolved and advanced in relative obscurity and solitude, but that changed by the arrival of two important visitors to their isolated world. The first was the Zeffo, a species from the Outer Rim planet bearing the same name that was expanding their culture across the stars to far-flung and distant worlds like Dathomir and Kashyyyk. They brought their knowledge of the Force, which they had referred to as the Life Wind, and taught what they knew to the native Remnicorans. The second was the Sith of Korriban, who were likewise spreading their culture across neighboring systems through the power of the Dark Side, which they also taught to the Remnicorans.​
​
Sith and Zeffo colonists intermingled with the Remnicorans, blending their cultures together into something new as the centuries came and went. Though inclined towards martial strength and battle, the Zeffo had taught the Remnicorans the virtues of peace and tranquility. There existed a balance of harmony between the Light and the Dark on Remnicore, and the people grew prosperous under several successive wise rulers known as the Sages. Ruling jointly from a glittering citadel at the spiritual heart of Remnicore, they guided the Remnicorans on the path to enlightenment and cosmic balance.​
​
That was until the rise of Tor Valum.​
​
Tor Valum was considered a prodigy on Remnicore, a being of stark Zeffo descent, who was trained to one day rise to the position of Sage as his ancestors had in the generations before his birth. He grew haughty and arrogant as he matured, bolstered by the pride of his birthright and his strong connection to the Force. He surpassed others in his generation, even surpassing his peers and tutors on his rise to prominence. He began to view the Light Side as weak, restricting. Upon his ascension to Sage, he fully embraced the Dark Side of the Force and established himself as the premier ruler of all Remnicore with his increasingly destructive powers.​
​
His rise drew the attention of the Dark Lords of the Sith, who arrived on Remnicore and inducted Tor Valum into their ranks. He too became a Dark Lord of the Sith, and his brutal oppression of his people only increased as the Sith occupied Remnicore as his enforcers. Tor Valum learned much from the Sith and practiced his newfound knowledge on the weak and helpless, vampirically draining their life energies until all that remained were shriveled husks. ​
​
Tor Valum lived an unnaturally long life, buoyed by his strength in the Dark Side and the countless innocents he fed to prolong his own existence. He was eventually destroyed during the Great Hyperspace War as the Jedi tore apart the Sith Empire he had enthusiastically joined. In a fit of madness, Tor Valum unleashed a superweapon of his own design against the Jedi and his own people.​
​
In an instant, all life was drained from Remnicore in a pulse of vampiric Dark Side energy.​
​
Only Tor Valum survived, the despot of a now empty and lifeless world. He would eventually succumb to the ravages of the Dark Side in his solitude, encasing himself in the mausoleum he constructed by his own hand mere moments before his own demise. ​
​
Remnicore would be lost to time as it faded into obscurity.​
​
Thousands of years later, the Dark Lord of the Sith Kaine Zambrano would rediscover the world during a pilgrimage in the throes of the Dark Side of the Force. He would uncover Tor Valum's mausoleum and learn of the world's history through the pictographs inscribed on the tomb's walls, and he would make the planet known only to a select few in the galaxy. As the fires of war raged across the cosmos, the Dark Lord of the Sith would establish himself a hidden kingdom upon Remnicore in preparation for the great destiny he was certain that would be his to inherit.​
Last edited: Saturday at 12:27 PM

I'll be handling the first review for you.

In accordance with the prophecy... er, I mean the template, please link Wild Space here.

Since this is the first instance of a reference to the Zeffo, please link Zeffo here. You have it further in the submission, but its mentioned several times before arriving at the link.

On the silver ore, what is it that you're referring to with regard to the strange electromagnetic properties? I looked at the entry for silver on Wookieepedia and didn't see anything in either Canon or Legends that stood out to me there. Reading through the submission, I don't see where this seems elaborated upon or further explained (correct me if I'm wrong on those counts). So it leaves me with a question regarding what the reader is supposed to glean from the one-off mention here.

Tor Valum's Mausoleum: Located beneath the Emperor's Sanctum is the resting place of the ancient Dark Lord Tor Valum, constructed out of black basalt brick with white mortar and decorated with various Sith and Zeffo imagery. Extensive study of the chamber has revealed various references to Mortis, the Mortis Gods, and the Loth-Wolves of Lothal
Click to expand...

Since the mention of Tor Valum seems to be a plot point in Domination and Secrets, I'd suggest adding that thread to the Links section.

Those are my thoughts. Please let me know if you have any questions, otherwise please tag me when you have completed any edits.

Thank you for your edits. I have nothing further. Approved.

Handling secondary review. Just a few things that need to be handled prior to approval.

This needs to be filled out.

You say here that the planet is uninhabited, yet you also elaborate on how the planet is inhabited by humans and various aliens and that Carnifex' followers have established a strong presence on the planet, which means it would have a population, if only a small one.

Looking at the template, Insignificant seems like a more appropriate rating.

Since it is quite obscure, especially for members less knowledgeable about the EU, please hyperlink ur-Kittât.

As required in the template, please add some description in both sections. A couple lines suffice.