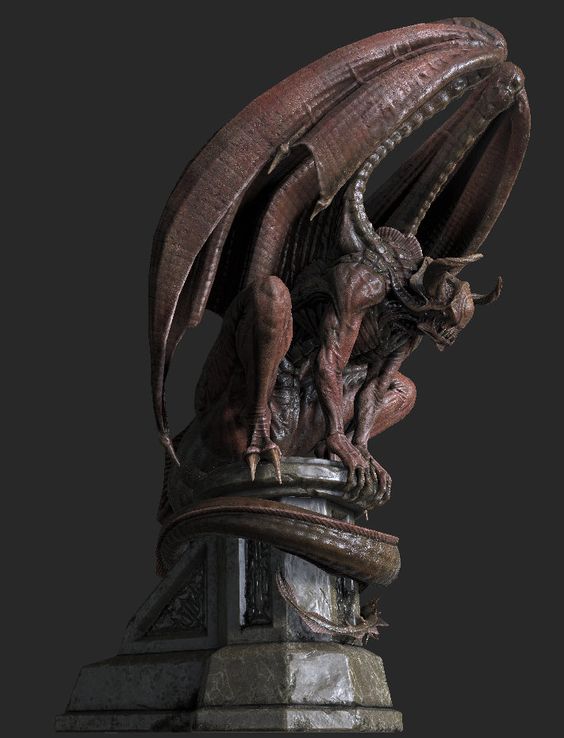 
The Osorae were originally started in 740 ABY as a species. There have been biologically altered slave species on Vran’ti before this time, however the Osorae were the only officially formed slave military group. They were mainly created to have disposable, but intelligent, soldiers. As merely being Semi-sentient was not sufficient for the Vran species to accept, and they had enough slaves to support such a venture. It took a few trials and difficulty with the Shguraks to properly obtain enough data, but eventually the Osorae were made. A dangerous, often brutal, slave race. They were intentionally made to stand out and not speak properly, further enforcing that they were not members of the Ven who were shapeshifters as they wouldn’t allow themselves such barbaric appearances and voices most of the time. They resemble Shguraks both because they gave them abilities, and to show that they were no longer considered to have souls. And so sending them into battle to die was perfectly acceptable. Although incredibly rare there has been at least one recorded occurrence of a force sensitive Osorae who, in spite of having his Vo removed, was able to speak to the minds of people for miles around.

When Vran’Ti ended up inside of Eternal Empire territory, it was recognized that laws against slavery were made. However since all slaves had already committed crimes that they considered to have life sentences, the Osorae were simply made out to be warrior prisoners. No longer being called slaves, although perhaps they were not treated any differently. But were told, officially speaking, that if they performed their duties well enough they could potentially have their sentences removed and be freed and potentially made like an actual humanoid again. So far no one has heard of an individual born into the race, nor if the race can breed at all. It is considered possible, but unlikely.

Most times the Osorae are used in battle they’re either as air support for a Vo Ni riding a Shgurak, or in rush attacks during the night by invading from the sky before the enemy realizes they are their. Sometimes they are armed with flamethrowers as, though they can spit fire, they have a limited range and amount they can spit, but since they are so tolerant of it they can invade an enemy settlement covering themselves and the entire place in fire.
Last edited: Feb 22, 2020

Hello. My name is Zak Dymo. You subbed a species. Prepare to be judged!

Srina Talon can vouch for the fact that I've been waiting months to use that on a submission.

There are a couple things in this section that I want to call your attention to.

Second, Origins. What you have, here, is a fragment that doesn't, in or of itself, make sense or work grammatically in a context. Did the prisoners alter the slaves? Are these both altered slaves and altered prisoners? Who or what altered them? I would recommend expanding out on this part with a few sentences.

Finally, looking at Strengths and Weaknesses, I feel the need to point out this rule.

The wording here catches my attention in a few places. Compare the following, for example.

The wording of the highlighted sentence is strange, with the words "which they have only limited resistance to" appearing to modify the thermal detonator, et al, portion of the sentence. If that reading is correct, then this works out to a strength that essentially nullifies the weakness, as their natural strength is already equivalent to an armor rating of High or Very High.

Looking at the linked sub for the Shgurak, I notice that their durability is similar with regard to resistance but the degree to which they are resistant doesn't appear to be as extreme as in this submission. I'd encourage you to take a look back at that submission and then consider whether or not you could further elaborate or balance this submission with regard to the strengths.

Please tag me once you have had an opportunity to complete your edits.

Zak Dymo
Thanks!
Huh, I was pretty sure something got messed up on the template. I have fixed that part.
I have also clarified the origins thing a little bit.
I clarified that while they are more likely to survive indirect hits with rockets and cannons, they are still vulnerable to them.
Though I do think that the use of "immensely" doesn't sound weaker than extremely, the Osorae are also smaller so I imagine would be more vulnerable. I added that prolonged forging heats are still threats, and that oxygen could still be a problem, since it could be lost in such temperatures.