Reaper in the Wings 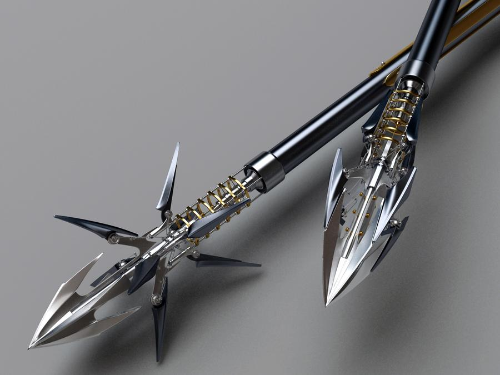 OUT OF CHARACTER INFORMATION
PRODUCTION INFORMATION
TECHNICAL SPECIFICATIONS
SPECIAL FEATURES
STRENGTHS
WEAKNESSES
DESCRIPTION
Events on Gaulus revealed a need for Nyx to possess a scientific or medical means of collecting and preserving organic and other samples in the field for study under controlled and sanitary conditions. Those events, and her exploits as a spy, made it clear any such collection would not be taken well by the subject. It was therefore necessary to design this tool with combat in mind -- either in subduing the subject, or making an expedient withdrawal with collected samples.

Fortunately, the Confederacy of Independent Planets has a number of rather capable scientific-minded individuals, including those in bio-engineering, which can make use of such samples. Acquiring material had not been a problem in that regard. Nor would the cost associated with its creation be a concern once new technologies were created from the samples she collected in the field. Fortunately, Nyx wouldn't need to justify her expenditure up front considering her day job.

It may be possible to freeze a humanoid-sized sample entirely with the gas on hand, but only if the carbonite canister is full. Then there would be concerns about moving such a large specimen. Hiding it from view. Nyx therefore expects smaller sample sizes, which may not yield the full wealth of data about a subject... unless Kamino's services can be purchased to clone a subject for study.
Last edited: Jun 25, 2020