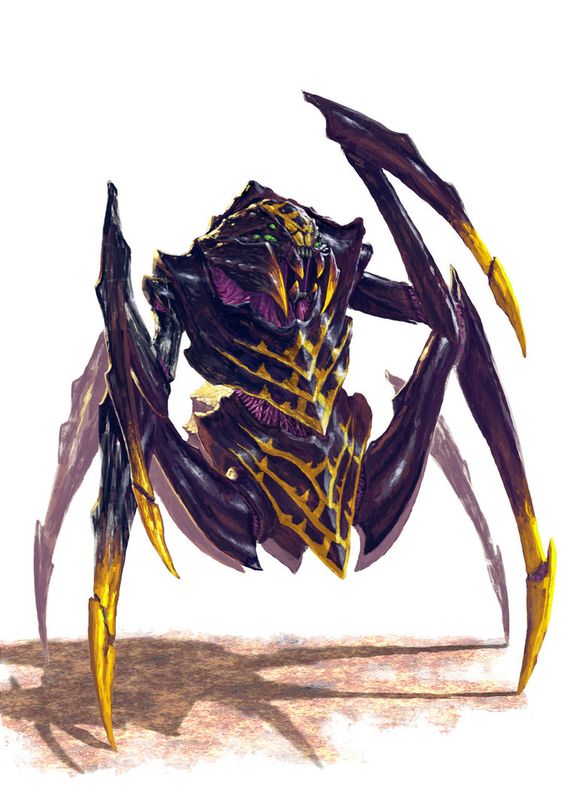 
Weaknesses:
CULTURE
HISTORICAL INFORMATION
The Koroshkil were originally a much smaller race which thrived in the ocean floors. However like with many creatures that the Vran Biologically alter, they increased their size, and intelligence. The Koroshkil had their brains, nervous system, organs, and structuring, manipulated through use of comparing it with other species and remembering the way they changed the intelligence of the Shguraks but adding on a more social requirement to hope they would become more docile to Vran influence. Though this technically worked, and Vo Ni with a focus on controlling animals, may control them with ease, and they work as great soldiers if properly controlled and cared for by experts, they also became reliant on socialization. The creatures additionally began consuming intense amounts of food in order to sustain themselves. The Koroshkil are a great deal younger than the Shgurak’s in terms of when they were altered, however it is probably that their original species was a great deal older, as they require no need to breath. Meaning they could potentially have come from a time when the world barely even had a breathable atmosphere.
Last edited: Feb 17, 2020

A very nice submission. The note on their not breathing reminds me of the canon Anzat species.

That said, I think this could benefit from some clarification between these two points:

If they're not drawing in air for respiration, then what is the biological or anatomical function here? I assume its just to fuel their screams?

As far as the template:

This should be N/A if it contains only your work and does not draw on the submission of another writer.


Nexus Krae said:
Mass capture: In order for anyone to even hope to make use of the Koroshkil, they have to capture them en masse as a result of their social requirement. This is an issue because the Koroshkil are so good at their own tactics that it requires well hidden and thought out traps or chemicals in order to subdue them. But at the same time if they are subdued they can die from lack of food.
Click to expand...

Just as a suggestion, the way that this weakness is worded makes it seem more like a strength. While I understand the strength of the Koroshkil's pack tactics, I'd suggest highlighting how they might do poorly in captivity as a corresponding weakness. But I leave that up to you.

Those are my thoughts. I look forward to yours in reply. Please tag me when you have completed your edits.

Zak Dymo
Well looks like I need to change others to N/A cause I have two other species on here with that in there lol.

I changed the suck in air to mention it being for screaming. I did mention under their Communication and Scream "They do not have lungs and instead use muscles at their waist to draw in air and force it through their shells at intense velocities causing a powerful screaming sound."

I also changed the Mass capture to mass control and explained they required to be kept and moved in great numbers.

I appreciate the clarification there. Approved.