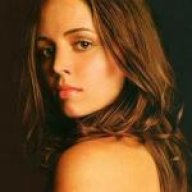 OUT OF CHARACTER INFORMATION
Intent: Sub a vehicle.
Image Source: Here. One must imagine the walker without an organic crew.
Canon Link: N/A.
Permissions: Permission for all ArmaTech gear and all other subs made by Laira Darkhold's writer here and here.
Primary Source: N/A.

Enyo: Karkinos?
Thuella: A giant crab from ancient mythology that comes to the aid of the hydra when a warrior king tries to slay it.
Enyo: What does that have to with the walker? This is a machine, not a creature from myth.
Thuella: It's a metaphor, sister. The walker does resemble a crab.
Enyo: Artillery Droid Walker 1 is a perfectly fine name. It encapsulates the machine's purpose. Why does everyone insist on coming up with nonsensical flowery names?
Thuella: Because...that's what people do.
Enyo: Typical organics.
Thuella: Besides, Thalia wanted to call it the Lobster.
Enyo: Why? A lobster is not a crab. She needs more biology lessons.

Much to Enyo's annoyance, everyone in her posse who is not a droid or a Givin seems to find the official names boring and insist on flowery ones. The Karkinos is an automated droid walker designed to function as mobile, self-propelled artillery. It can be utilised for both offensive and defensive purposes, unleashing powerful barrages on cities, enemy fortifications, troop colums and so on.

In contrast to some models it does not utilise turbolasers, but shell munitions. These are easy to make and maintain and useful for area bombardment. Moreover, unlike say the standard SPHA-T, it is not a line-of sight emplacement and can arc shots. Its weapons also generate a splash effect. Explosive ordnance can be employed to fire over cover such as hills and trenches. Moreover, many tanks and walkers have armour focused on the front. Of course, use of physical shells means that ammunition will be depleted at some point, necessitating resupply.

One of the walker's main advantages lies in its versatility and firepower. The Gauss cannon is able to fire a variety of ordnance, allowing the Karkinos to be adapted to a variety of battlefield situations, from having to shell an advancing tank column to blowing holes into a fortress or conducting a terror bombardment. As it is a walker, it is able to move across a variety of terrain.

In keeping with Enyo's design philosophy, the walker is automated. The Unity Processing Matrix acts as a powerful droid brain, resulting in numerous improvement compared to a standard droid that does not use the digitalised minds of organic beings. It also has the beneficial side-effect that if it is used in conjunction with organic troops and they go rogue or run away, the walker will remain under its handler's control.
Last edited: Aug 1, 2021

Again a very nicely made and detailed submission!