FORCE SENSITIVE: strong in it

STRENGTHS
Strong with the force, charismatic

Weapon:
A crimson lightsaber and her pet rancor cuddles
Her new second saber recovered from the rakattan home world with a ghostfire crystal
After joining the clan of wren she also obtained: a beskad and a kal

BIOGRAPHY:
Donalia was born in 869aby on the planet of mandalore to unknowingly force sensitive parents. She was kidnapped only a month later by a bounty hunter and delivered to Dathomir to become the perfect nightsister. She throughout her childhood was trained by the nightsisters in the ways of the force and at age eleven she tamed her rancor. She named it cuddles after the rancor of a legendary at age and at age fourteen she and her rancor were kidnapped and enslaved by Hutts. She was a hutt slave for a year when she broke herself and cuddles out and stole an upgraded sith ship from the old republic that had a large cargo hold attached to it. She ventured to the sith empire where she met a former nightsister from her clan . She became her apprentice taking the name Darth Nekromia and five years later she killed her master in a duel for her position as a true Sith Lord. After dueling with a Tristan Vizsla she was invited into the clan of wren which she accepted. Currently she awaits her soon to be apprentice on dathomir.

Character Bio
Do you have an idea what kind of dark-sider you want Donalia to become? More lightsaber-intensive, more magic-intensive?

Janick Beauchamp said:
Do you have an idea what kind of dark-sider you want Donalia to become? More lightsaber-intensive, more magic-intensive?
Click to expand...

Character Bio
Also just a heads up for the sake of continuity, Chaos take place roughly 850+ ABY, so while you current birthdate at 169 ABY is conceivable, given something or another happens to preserve her till current Chaos timeline, at the moment it doesn't make sense. Just thought I'd let you know, have fun on the board

Character Bio
[member="Donalia Elizabeth"]
869 ABY would still mean your character is either unborn or an infant?you might just be safer going with ~835 ABY, or just nixing that from the bio, just a suggestion 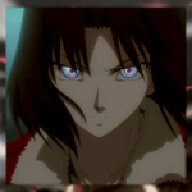 Character Bio
I see a "nonevil" tag on this, and I wonder how you intend to use the Dark Side and the Darth title.

I don't just ask about your use of the Force, as I do understand that point well enough. It's more the combination of the darkside being used AND the Darth title being fully kept. I'm simply curious here.

Character Bio
[member="Donalia Elizabeth"]
No one is saying you're not a free-being, we're all just very confused as to why you choose the title of Darth, one that is canonically and on-site reserved for members of the Sith who have actually earned it. The way I see it its not any different from a non-Force User going around and saying they're a Forcer. Its incorrect and doesn't make sense.

I AM A FREE BEING, FACE ME IN HONORABLE COMBAT!

Character Bio
My new favourite character, I love it

Character Bio
Archived, user has been banned.
You must log in or register to reply here.