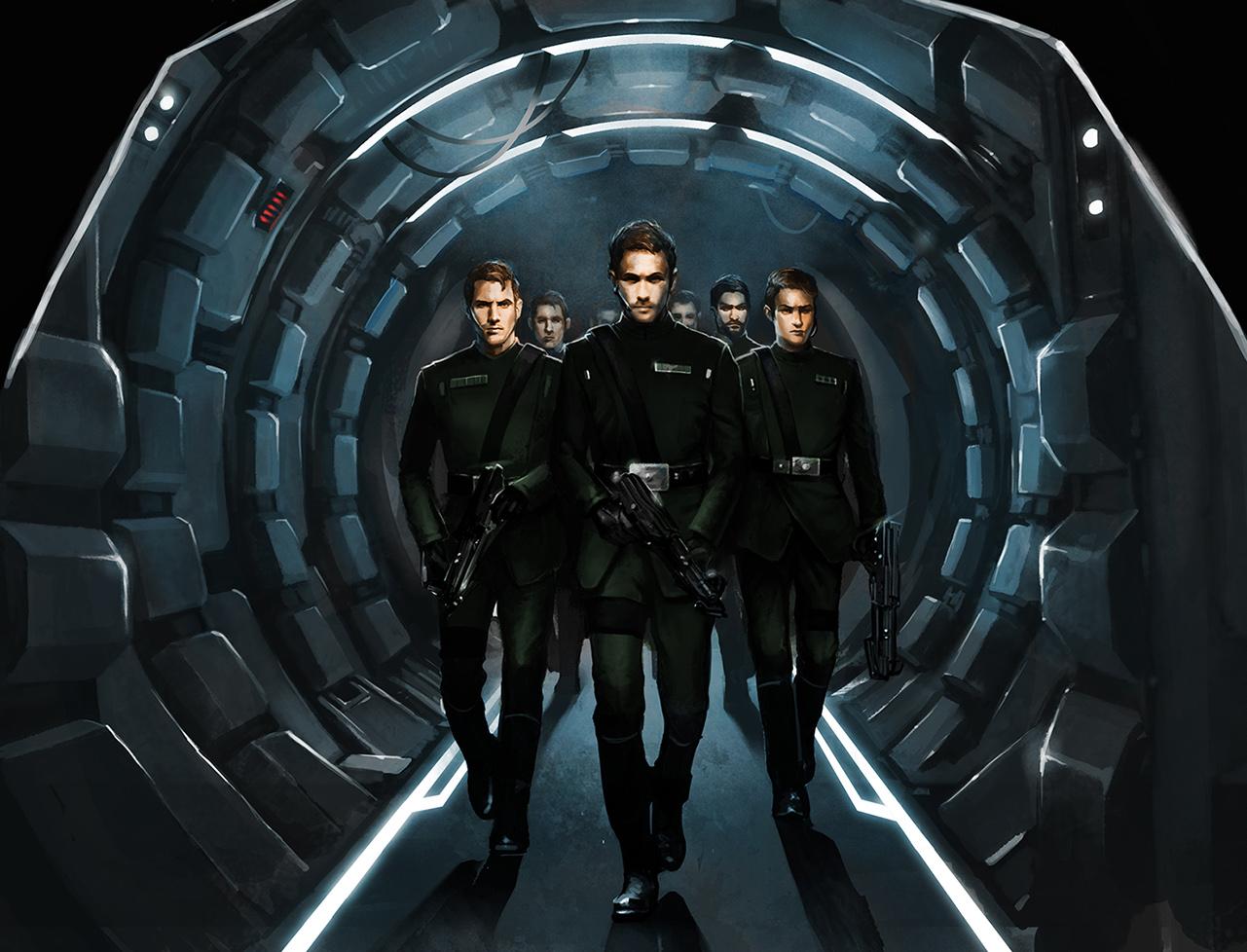 Members of the Bloodstone Group preparing for a Mission

When the Politorate was re-established under Dorian Sevanar , the process of properly organizing and consolidating the organization was stagnant resulting in Sevanar taking action to hasty create new spacial units in which would operate under his direct command as the Politorate was still in development while also establishing proxy groups to also fill that role.

One of these Special Units was the Bloodstone Group , a task force of Specially Politorate Agents who were placed under the command of Ivan Stadd in order to create an Elite Spec Ops Team capable of executing the will of the Supreme Director at ease and without catching the attention of outside entities such as the New Imperials or the Alliance.

This is ready to be Judged

For the most part everything seems to be good here. There is one slight issue with your permissions. You seem to be missing proof of permission to use:

​
This is a closed market ship, so you will need to provide the permission or find another vessel.

Made the necessary changes

Thank you very much!!