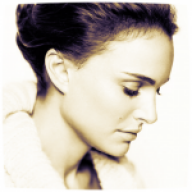 STRENGTHS AND WEAKNESSES (Required: 2 Weaknesses Minimum) :
Avalore is kind and willing to help. She wants to prove herself but her inexperience often tends to overwhelm her ability to make firm decisions. She can be courageous, at times, when she feels strongly enough to represent an idea or an act. Generally good at making friends, her extroverted nature allows her to make the best of most situations. Her sense of humor can often be a tool used to get her out of a spot of trouble.

Avalore was born with the natural ability of Psychometry - token object reading. She experiences visions of an item's history which can include people, places, and events, all relevant to the object in question. Rarely this also occurs with living things as well. Ava has no control over this power and cannot predict when or where it will happen. When it does, depending on how strongly the visions come, it leaves her with some semblance of pain be it a dull aching of the hand that touched the object to a headache, sometimes even full blown migraines. Strong visions have caused her to black out.

She has some skill with Lightside Healing techniques, though she has been taught the fundamentals and is still very much in practice. Classes within the Jedi Academy focusing on wound and patient treatment has given her good knowledge to work with.

Using a lightsaber scares her, she avoids those classes like the plague.

Darksiders scare her, she avoids them, too.

She's deathly afraid of fire, and the sight of anything larger than something warmly crackling in a hearth will cause her deep terror. This is caused by a run-in with Sith Master Darth Sidian on Coruscant after the woman cast a Force Fear spell on her, empowering the fear that had been with her since her childhood.

APPEARANCE:
Avalore is your run of the mill young Corellian. Slight in build, there's nothing about her that is really too remarkable. Brown eyes, brown hair, a smattering of freckles. She's not particularly well-endowed or shapely. Her face and cheeks are roundish and her teeth are straight and clean. Heaving around a pile of books and medical supplies has given her a trim tone. The typical Jedi diet, exercise and training regimen probably helped.

BIOGRAPHY:
Born on Corellia to a well-to-do Politician father, Avalore was never want for much of anything. She had a good upbringing and was well socialized and educated just as any young Corellian Politician's daughter would be - the only real note of difference had to do with Avalore's unique gift: Psychometry.

As a young child, Avalore would see visions of things after touching certain objects. She had thought they were dreams, and so did her parents until the day she began babbling about a conversation she heard between her grandfather and grandmother - something quite impossible given her grandfather had died before she was born. Her gift was thusly discovered and nurtured by her living grandmother, a woman who played at "Seeing" but had no true talent. The true talent had skipped several generations, from Avalore's great-grandmother, an Oracle.

They took "clients" in for practice. At first it was simply friends and neighbors and it was considered cute and interesting. Then she was showed off during political parties at her family's manor, and that's where things began to get a bit more attention. Publicized, even, after she was handed a locket and saw a vision of the original owner. The young woman was sensationalized ... locally. She and her mother traveled, and it was during these travels that she met a young man named Domos and quickly decided that he was the right material to date. Date they did, for four months until the man suddenly disappeared. She later learned he'd been killed by a Sith and was for a long time very upset about this.

Avalore's special talent waned during emotional trauma, and it was during this time that her home was invaded one night by a gaggle of criminals. They had with them a chair, and that's where this all started.

If you want to know the rest, well you'll just have to ask her yourself.

Reign of Terror - Coruscant's Darkest Hour
I hate it when adults use the term...
10th Annual Moonlit Ball
Rekindling the Fire
Will to Power
Answering the Call for Justice

With the Republic on SWRP

This Ain't Juno
After Ossus
After Ossus - Cont.
Cake is for Jedi Knights Only
The Last Councilor [Mastering of Diana Moridena]
Master Of...
A History Lesson
Battle of O'reen - Pub Invasion against Fringe
A Womprat is Not a Pet
Onward! Womprats Ho!
Soup Can Conversations
The Republic Shall Fall - One Sith Invasion of Coruscant
Unfading Scars
A Mother and a Survivor
Where's the Silver Lining Now? [Memorial of Diana Moridena]
One Day He'll Tell You "I found you at a diner."
Where Do You Go From Here?
I do not think it means what you think it means.
The Great Jedi Convocation
Through the Gates of Hell - Republic Invasion of Empress Teta
A Chat
Strange Circumstance
Prisoner 2218
This is What it Sounds Like When Doves Cry
Black Heart
Pad-a-wans: boil 'em, mash 'em, stick 'em in a -what?
Mission: In the Name of Research
One Little Speckled Frog
From a Rogue to a Jedi
Spectral Consolation
Prince Charming...?
A Sheep Amongst Wolves
Keeping the Peace
The Struggle for Liberty Rages On
The Noble Art - Light Side Alchemy
A Rekindling
Pain and Gain - Republic Dominion of Attahox
Lunch
The Punishment Due
The Sage - Picking up new Padawan Cadmus Fontaine
In All Things Serenity - Picking up new Padawan Branimir
I'm On a Boat - OS Invaison of Manaan
You Can't Save Them All - Manaan Aftermath
Nyorks & Hone-y
During War One Must Learn On Their Feet - Group Healer Training on Commenor
The Devil Went Down to Cerea
It's a Foreign Language - Training of Kana Truden
A Little Help Can Go A Long Way - Training of Sanya Val Lerium
The Art of Ordering Takeout and Healing - Training of Taheera Sollo
Let's Chat Shall We?
I've Only Got Eyes For You
Bitter Sweet - with Trenchcoat Man
In Plain Sight - with Davin Skirata
A Not So Commenor Meeting
Bad News - with Davin Skirata
Soulbreaking - with Meeristali Peradun
Seeds to Sow - with Kira Talith and Loxa Visl
What's Become of Us? - with Kana Truden
Mercy, Mercy Please - with Sopher
Focus on the vision - GA dominion of Fondor
And a pinch of salt - with The Revanant, Chevu Visz, and Meeristali Peradun
It Has Been Too Long - Jedi Convocation at Yavin IV
The Katarn Homestead - continual communal thread
One Step Back from Perdition - with The Revenant and Jacen Voidstalker
Seeds of the Future - with Seamus Valik
GA Dominion of Elrood - with Vassara Raxis
GA Dominion of Kiffu/Kiffex - with Sopher Jacobs
Silence is it's Own Form of Communication - with Gabriel Sionoma
A Homestead for Troubled Teens - with Kinsey Starchaser
Isolation - with Jacen Voidstalker and Kana Truden
Owie - with Aela Talith
Sleep, the Alchemy that Turns Thoughts Into Nightmares - with Gabriel Sionoma
Capitalist with a Gun: Mando Invasion of Roche against GR - with Kana Truden, Gabriel Sionoma, Jacen Voidstalker, and Julius Sedaire
Embers in our Bloodlines - with Ryan Korr
Ghosts - with Jacen Voidstalker and Cole Katarn
Your Devils & Your Gods - with Matsu Xiangu
GA Dominion of Belsavis - with Trix Bastin and Jacen Voidstalker
Hello, It's Me - with Marcello Matteo
BLACKOUT - GA Invasion of OS Coruscant - with Aver Brand
Homestead of Woe - with Jacen, Gabe, Stali, Micah, Vexen, and Kana
Ankarres What You Think - with Gabe and Ereza Kep
Reflection - with Jacen Voidstalker
Unexpected Guests in the Deep Deep Woods - with Gabe - blooming of S'vora Eden
Before It's Too Late - with Meeristali Peradun

Character Bio
welcome back to the chaos and it looks good. Can't wait to see her

Thanks @[member="Syn"] though I'm transferring in from TGC. Haven't had this character here before.

Did you read that invasion? That was a long one!

Congrats on your promotion. 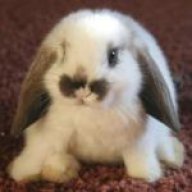 Character Bio
There is @A Bunny in the Republic?