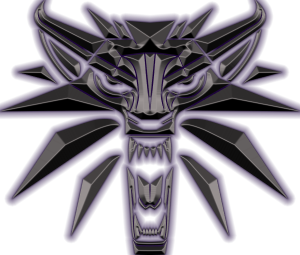 ​
In response to the transmission provided by Viceroy Hester Shedo, ​
​
Viceroy Shedo, I was very intrigued by the transmission that you presented to my office. Let me assure you that the Office of the Vicelord has been handling all matters concerning EXECUTIVE ORDER: EO 860SP2-1 with the people of The Confederacy in mind. The Executive Order was implemented to lower the threat risk within our borders. It is imperative that those delegates of the Viceroyalty, as well as the citizens of The Confederacy, understand that the Vicelord's first, second, and third concern are the safety and security for those worlds which have freely joined The Confederacy of Independent Systems and seek an escape from the threat of the greater galaxy.​
​
This being said, Confederacy First was implemented to bring about a unified focus. The focus of the state has been shifted to matters of internal, economic, and infrastructural security. Putting it bluntly, Confederacy First was not designed to be a benefit to the greater galaxy. I am sure you can appreciate the need for The Confederacy to be whole before it even considers lending aid to the galaxy. In past years The Confederacy has successfully repelled all manner of state threats with minimal cost and casualty. The year previous to the Executive Order saw a marked drop in The Confederacy's ability to successfully repel enemy threats without incurring significant damage. ​
​
This was unacceptable. ​
​
That is why the order came into effect, so that we may ensure preservation of self. Let is be known that The Office of the Vicelord will always place the people of The Confederacy first. Similar orders can and will be placed into effect as the needs arise throughout the years. It is important that the Viceroyalty place faith in their Vicelord and trust he is doing what is best for The Confederacy.​
​
Confederacy First was necessary. The Confederacy must never compromise itself and invite the demons of destruction to our door. We are the last bastion of hope within the galaxy, we must stand firm. ​
​
However the debate to be had, now that previous threats have settled, is one determining if Confederacy First is still necessary and needed in it's full effect. ​
​
As I am sure you understood from our last meeting, it is my personal focus to ensure the Confederacy is prepared to incur the strain that has been placed on it due to Confederacy First. The Civilian In-processing center in your own system of Scariff is a testament to this. Along with Minister Faye Malvern I have taken steps to ensure The Confederacy's systems are taking proper measures to adjust to this Executive Order.​
​
Concerning the third article of the Confederacy First Executive Order, I find myself in agreeance that steps can be taken to see that this article is made to be more direct and less of a "blanket" approach, as you put it. However, your request for this article to be lifted is DENIED. ​
​
Access to Confederate space will continue to be restricted until a time that the Office of the Vicelord can be certain the threat has passed. If you wish the article to be amended or adjusted I suggest you place the motion before the Assembly of the Viceroyalty. If it is the will of The Confederacy for Confederacy First to be amended then it shall come to pass. At such time I will personally see the "wall" of Confederacy First torn down. However, until such a time comes to pass the Office of the Vicelord must proceed as previously intended. ​
​
Respectfully,​
Exarch of The Confederacy​