What About the Droid Attack on the Wookiees? (Open to all)

Okuro landed on Kashyyk, accompanied by a few B1 Battle Droids. He entered one of the villages, hoping to refuel. The fuzzy creatures were on good terms with the Jedi. The droids, not so much. The Wookiees quickly dismantled the four or five droids, roaring loudly as Okuro backed up slowly

Losing is tempoary, giving up is permanent. 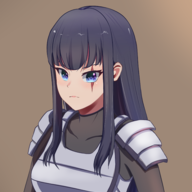 Character Bio
The Wookies where always an interesting bunch to hang out with, their history was quite intriguing, their culture, while different from her own in some regards also held many similarities, their language being quite strange but also unique and most of all their friendly but also deadly personality. It was quite fortunate that Kashyyyk was the new home world of the Silver Jedi Order, one of the main Wookie villages being right next to the Silver Rest, just being a literal hop and a skip away for a force user like her.

On this day though, a rather odd, confusing and down right worrying thing happened, seemingly with not challenge by the mountain of defenses that guarded the planet, no escort fleet, nothing. "Why is it these day everyone can just randomly waltz into you home world"? Sith Lords, dark Jedi masters, random Crime bosses and now some strange person with battle droids, ancient B1s too, where in the force did he get those? More importantly why did the Wookies act to violent around them?

"Woah, Woah everyone calm down" she exclaimed approaching the small groups, "Okay first of all not breaking stuff just out of the blue, second of all who in the force are you? why are you here and what's with these out of date droids"?

"They're out of date, but they work okay. I'm just a traveller stopping for some fuel." His Ship, while also outdated, was unmistakably a Jedi Cruiser. The hilts of his lightsabers were also quite the hint of his Force Sensitivity. "What're you doing in this Rug Store?" He asked, referring to the carpet like fur Wookiees posessed,

"Ah oh we're in trouble somethings come along and burst our bubble...." Wu was dancing when she heard the first sounds... the first moment that something was amaiss and then she saw... a massive ship above. Sukai was around somewhere... fleeing from the marshmallows that had apeared randomly in her pack.... no doubt some sinister plot of a nafarious schemer... yes this was evil to the core. The jedi master though looked towards the wookiee's who were taking apart some of the droids and raised an eyebrow walking over. her short stature getting one of them to lift her up so she could see over the others who were around and she saw her former padawan. "Sukai... look, I'm finally taller then you."

Okuro glanced at this new female. Great, more Jedi. He tried to keep himself calm and composed. He was a Jedi himself, or at least he followed their teachings, but he didn't want to get involved in any Orders. Not after what happened last time. "Look, these are Clone Wars Battle Droids. Some of the older Wookiees here are probably veterans, that's all. We mean you no harm." 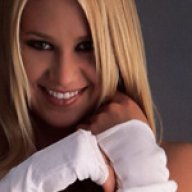 Character Bio
Kashyyyk​
One of the Wookiee Villages​
Trading Shop / Village Store​
​
Alyisa was perusing items within the local wookiee trader had for sale. It was mainly to take small break from working on X-Wings at Silvers rest. So she had jumped on a speeder bike and showed up here. The bike was parked outside near the shop.


Within the store it was stuff you would image from a general trader in a wookiee village. There were a dozen different types of leathers from recent hunting missions. There were fresh meats, fruits, and other fresh foods. There was native jewelry mad e from bone and other naturally food resources. Sp far Alyisa had not fond anything she like so far.

That is until Aly heard some noises from outside the shop, sounds of angry Wookiees and droids being ripped apart. So she started to run out of the shop to see what was going on.

He noticed people of a non-Wookiee persuasion were gathering around him. Were they ALL Jedi? This was NOT good for him. "If you'll excuse me, I'd best be off. You can keep the droid parts."

Character Bio
Kashyyyk​
One of the Wookiee Villages​
Where everyone is at​
​
“Hold on, wait a second”, Aly said, while still being dressed still in her flight, was coming over. Her helmet was clipped to her belt and she held out a friendly hand to [member="Okuro_Ishimoto"] .


“My name is Alyisa, and your name is”, she asked trying to be friendly.

[member="Alyisa Mithel"] "Okuro..." He said silently. "I appreciate the gesture, and I would shake your hand, but after what these guys did to my droids I'd rather not lose my arm."

Losing is tempoary, giving up is permanent.

Character Bio
Sukai twerked an eye brow at the mans comment, did he just call the wookies rugs? it was strange, sounded like something a hunter would say, but her curiosity was inturputed when her Master, [member="Wu Yeoh"] came about. "Really master, height was the only thing I had on your, you can't take that away from me", well that an imotailty, but still Wu was strong, had a large bust size and much more. Letting out a small sigh she turned back to the newcomer, at least someone around here would have to act like a grown up, not that Wu couldn't be mature, but the short Jin was often a little childish.

"Well perhaps, but the clone wars was over 800 years ago, I do not think anyone that fought back then is around much now and currently here, and even so the Confederacy of Independent systems is allies with the Silver Jedi so what you say does not make sense". It kind of made her more sus about the man, not long ago hunters having come to the planet to kill local wildlife and make a quick buck, but they did not last long. More so as more members of the order came by to investigate the man seemed to become more nervous?

"Wait hold up, why are you here in the first place? why are you so odded out by so many Jedi? this is the home world of our order, if you came here you must know you would run into Jedi", she shouted a bit running after the man. She was going to get to the bottom of this one way or another.

[member="Sky'ito Yumi"] "Look, I'd really rather not get into it." He didn't want to get involved with other Jedi. Not only that, but he got nervous around girls. Especially attractive ones, and there were three standing right before him. "I'm not trying to hurt anyone, I just needed fuel. Then I'll be on my way."

Character Bio
Wu was looking at all of them and she raised an eyebrow about to speak. "Wait Sukai I can see down your shirt." But Sukai was gone.. chasing after a boy. "Well she is just like her brother, always chasing down someone.... hopefuly we won't need to have a talk again about his body his choice." She said it while getting down and heading after them when she approached rubbing a hand in her hair. "Well we have fuel, though it would have been easier to go to the silver rest, or orbital station." She pointed towards the Shangri-la in orbit, the massive ssd the silver jedi had for public use... and the massive academy station. "Those produce a lot more fuel and are people friendly."

Okuro started towards his ship again. "I'll get my fuel elsewhere. Enjoy your day." He said, a light blush on his face. He could see down her shirt too, which didn't help his nervousness [member="Wu Yeoh"] [member="Sky'ito Yumi"]

Character Bio
Kashyyyk​
One of the Wookiee Villages​
The Damaged Droids​
​
As much as Aly wanted to chat up the new person [member="Wu Yeoh"] and [member="Sky'ito Yumi"] had it covered. So Aly went over to the damaged droids and started to pick up what was left. She would just have to find a way to strap it to the speeder bile to bring back the parts to the Silver ‘s Rest!

Okuro started towards his ship again. "I'll get my fuel elsewhere. Enjoy your day." He said, a light blush on his face. He could see down her shirt too, which didn't help his nervousness [member="Wu Yeoh"] [member="Sky'ito Yumi"]

(I'm not the best at hints here, but if HH has taught me anything, I'm detecting a potential Harem lmao)

(Sorry for the multisend. Dunno what happened there)
You must log in or register to reply here.

War is what happens when language fails (One Sith attack on Sullust, Open to all)
2 3

Trouble on the Flotilla (open to all)

The brochure never said anything about pirates....? (Open to all)
2 3

a little hunting trip on Herego (public open to all)

The Truth [Open to All]