Capable of changing skin coloration and slightly altering facial features
Can regrow lost limbs with sufficient time and resources
Can survive critical physical damage so long as most of the biomass is still attached to the head(eg, being stabbed all the way through with a sword or lightsaber)
Can survive in space for a couple hours while in a hibernatory state
Cannot be intoxicated via standard drugs or alcohol

Green eye color cannot be altered without exterior help(illusions, contacts)
Requires regular doses of sunlight in order to remain at peak condition
Exceptionally vulnerable to fire, decapitation, and radiation(lightsabers can cause significant scarring only removable via surgery)
Requires significant amounts of water and food or new biomass to regrow limbs or repair serious physical damage
Exceptionally vulnerable in hibernatory form
Cannot naturally reproduce with animals or half-plants, only full-plants
Children not born by the union of two full Vinithi are sterile, significantly reducing the naturally grown population
Can become intoxicated through oral ingestion of liquid sugar(eg. soft drinks), though a tolerance to it can be built 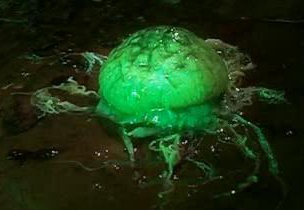 
But who wants to be alone in the universe? Having been told by Velok of her kind's reproductive difficulties, Circe began to rigorously experiment in the lab with altering the genetic properties of her biomass, allowing individual chlorine tablet-sized discs to be used to spawn new members of her species. The program had started with captured Mandalorian Yvorre Morcade as the experiments' incubator, and limited results were had, full gestation not successful for the first nine experiments. From the tenth onward to the nineteenth, work was done to make the now full-term-living experiments humanoid in shape, like Circe herself. Experiments twenty through twenty-three did so, but no life was within them. Experiment twenty-three is notable, however, for being the body of Sith Lady Karin Dorn, incubated within Sith Knight Paega Anginous.

A breakthrough was finally reached with experiment twenty-four(Darren Savan/Renn'Dar Sekairo), the first to truly live. The "son" of Ven'Rain Sekairo, he is the first lab-grown Vinithi to have any sort of active cognitive thought. Whether his mind will remain fully functional as he grows to adulthood is still unknown.

This is a retroactive attempt to put two characters into an official frame. In theory there’s nothing wrong with this, but in practice there are big issues which need to be overcome.

The strengths seem a little off. Why would they be able to survive in a vacuum? The freezing cold of space would be just as likely to destroy a plant as anything else.
I need more details on this hibernation state.

I will need more exact details on the description of the species. How do they work? Are they actually like sentient plants or not?

I will also need more exact details on how the race came to be, plus whether more could be created or bred.

Overall I’m very sceptical of this submission because it seems like a retroactive justification, but I’ll see what you come up with.

Character Bio
Honest apologies for interdicting here, and I know the sub's not mine... But this sub is necessary to fill a void left by the site crash. @[member="Velok"] had already created and submitted a currently-approved submission for Circe's new body, but it was deleted in the crash. In the event said writer couldn't replace the empty void of the current submission's state with its original info, a substitute/replacement was needed.

Character Bio
^This statement has been accepted and requested by this <-- writer.

I can understand wanting to keep some details secret IC, but simply putting that things are unknown doesn’t work here. We need to know everything so that there are no future surprises, no unexpected gremlins.

Please finish up details on whether more can be created and whether they can only breed with each other.

I would also point out that most alcohol, being fermented, has a lot of sugars in it already.

A lot of details are yet-to-be established. We can't exactly come up with a definitive anything, due to a lack of the species.

Character Bio
@[member="Elijah Rowlin"] I understand this was approved before, but without having that submission here I can't just wave this through.

Despite...in fact because of...the fact this is a race designed for two characters I need that info before I can rightly decide on this. Take your time if need be, but this race is going to be treated like any other.

Character Bio
I will approve this, but I do not want to see any overuse of these powers and abilities. DOOM if you do.