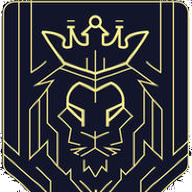 
The Thraeda had a rather average history on their harsh homeworld of Aed'a. Their early ancestors survived by adapting to anything that tried to kill them. Yet as agriculture slowly spread across the planet and communities began to solidify, their history truly diverges from the norm. In the early information age and the beginning of the Eugenics Conflict, a war lasting thirty years that tested the limit of Thraeda biological adaptiveness and bio-engineering. Super soldiers the likes would never be seen again raged mass conflict across their homeworlds surface tearing it apart in horrific shows of barbarism and in the name of the 'Ultimate Thraedar Genome" or Ultimism that believed in a perfect genetic code that all Thraeda should conform to. It was during this war that different nation-states would make contact with the first aliens, a small cargo ship that had strayed into their system in desperate need of fuel and supplies. It was only with the technology acquired from these strange beings that the free nations were able to push back the Thraedar Ultimists and create a peaceful coexistence between themselves.

These nations would go on to colonize the stars and join their local galactic community and its 'Jump Gate' network. A network of rings that used intense bursts of artificial gravity to catapult and carry ships from solar system to solar system. As the nations of Aed'a grew and their off-world colonies began to rival the homeworld the Thraedar people would unite into the Thraeder Interstellar Union. This Union would slowly grow into a prominent player on the galactic stage and help shape it for years to come. They found none like them, however, each and every being among the stars being so strange and different and unknowable that they found it difficult to truly connect with any of them. They would go on to continue to grow peacefully for a thousand years before they received something: a message. It was a video with a complete lack of audio, a humanoid man dressed in a thick black robe addressing a whole congregation of alien races, many of them humanoid, before they all applaud. The source of this message would ultimately be traced to a nearby galaxy and would shake the scientific world of the Thraedar. Perhaps this far off place was their home? They had found no fossil record of their own species past their current form, and many had speculated that they had come from off world. Perhaps they were once galactic travelers? In an unprecedented gathering of all representatives of the Thraedar Interstellar Union it would be decided that an expedition would be sent to this galaxy. A ship, the U.T.N Totem of Discovery would be built and the best and brightest were selected to undertake the greatest journey in their species recorded history.

In the time between galaxies the Thraeda onboard the Totem of Discovery has been ruled by a military government, the U.T.N or United Thraedar Navy which acted as the armed forces of the Thraedar Interstellar Union. This government has had the unsavory task of managing the population of the Thraeda, keeping it in manageable levels for the ship, as well as putting down two coup attempts that embroiled the ship in a small civil war. The first was led by a group who had lost hope in the mission, attempting a coup to turn the ship around and return to the Union. The second, and far more bizarre, was the rise of a cult who worshiped the empty void and demanded the ship stop its journey and convert itself into a cathedral. Both coup attempts were put down without a second thought as the Admirals who controlled the ship through the ages carried on their mission and slowly grew the abilities of their role and the U.T.N aboard the Spirit of Discovery to more effectively govern it, effectively turning it into a weak police state ruled entirely by the military in the name of temporary safety until they arrive at the new galaxy.

Now as the U.T.N Totem of Discovery approaches this new galaxy many wonder if the U.T.N will relinquish control. Some even hope that they don't, having grown accustomed and comfortable to the order and safety provided by the state. Only time will tell how the Thraeda will proceed in this strange new galaxy.
Last edited: Aug 5, 2021

Moved to pre-codex per request.

Can be moved back to active judging! 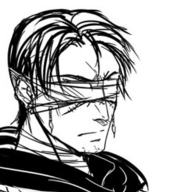 These guys look awesome. Would be interesting to see how they develop.

Submission Name: The Thraeda
Link to Submission: https://www.starwarsrp.net/threads/the-thraeda.148841/
Reason for Moving to Pre-Codex: An aesthetic redesign of how the species looks and minor changes to their unique ability to modify their biology.
Click to expand...

Do be sure to include a list of changes when you're ready for this to return to live judgment.

Still working on this? If I don't hear anything back in a few days it will be archived due to inactivity.

If that happens and you need it moved back to Pre-Codex please make your request in the Submission Modification Forum.

Sorry for the delay but I finished editing it!

Overall, this looks pretty unique. My only question is in regards to the "Jump Network" that is mentioned in the History. The reason I ask is because at first blush it seems a little like a "Hyper Gate" which is banned technology. While reading again it seems like you actually may be referring to something like an advanced version of a "Hyperspace Canon" which also used a sort of "sling shot" method. Is that correct?

If so I would suggest linking it to clear up any confusion.

Please let me know if you have any questions.

Hello! Yes, this was a problem when I first subbed this I believe. I'm referring to this piece of tech here that I've gone ahead and linked where you suggested, and yea it basically is just a more advanced Hyperspace Canon

Ah, Perfect. I would suggest always linking any referenced technology if you've created a submission for it in the future - But that clears up my question exactly. Thank you!