The Potentially Most Devastating Characters

Im sure we have all read at least one character you felt was/could be seriously powerful, but was just RPed horribly/wrong in your opinion, or maybe they were srrong but just rped as weak? So the question is who would you name and why?

Personally at first when i wanted to make this, it was with Faenroven in mind. Then he bombarded my planet, now i see he is definitely dangerous lmao.

But yeah, i feel @[member="Morna Imura"] has the potential for devastation he just never really does it.

@[member="Mikhail Shorn"] is already pretty good, but id have made him go even further.

Then theres this alt lol, hes a Polydroxol and as such could do nearly anything he wanted ever, but instead of being an angry person, he tends to see the beauty in everything. Technically he could lose an arm and regrow it, then use the dropped limb to beat someome, but instead he will never really be evil
Vuldak | Gauntlet | Armor | Bow & Quiver | Shard of Retaliation Never does anything (while arguably being one of the strongest FU's 'round.)

Except that one time she nearly threw me out of a window. Kinda a turn on. This character I guess. I feel like I'm already messing up, but maybe I'm expecting too much. 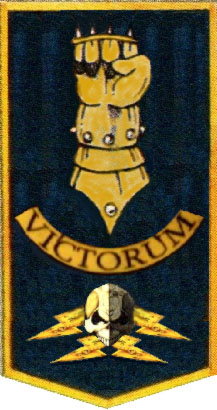 I am clearly the most devastating around

Character Bio
Ya caught me.

Character Bio
I honestly think, if Sarge wanted to, he could raze the galaxy to a crisp. 
I mean, when he sits down, Star Destroyers have to hyperspace through him, because they may not have enough fuel to go around.

One more, one more:
I took a holo of Voracitos last Sithmas. It's still rendering.

I didn't even exist last Sithmas, thus I know you're lying...

Character Bio
@[member="Jak Sandrow"] Also, I'm a ghost now, so they just need to hyperspace through my carcass. Character Bio
Har har. First time I get mentioned in a "most powerful" thread and it's me pushing a button. >.<

Ti'Cira Hawk once wiped out the majority of a Republic force with a tornado. Pretty sure that would put her here.

Character Bio
I think that if I played him right, Xardus could definitely be a force to be reckoned with. I've been told a few times that he has the potential to rival some masters if he was written a little better, so I know it's possible. However, some others I think have killer potential (that I have seen and written with) are @[member="Morna Imura"], @[member="Lucien Cordel"], and perhaps @[member="Marek S'hadar"]. Fabula Cavataio said:
Har har. First time I get mentioned in a "most powerful" thread and it's me pushing a button. >.<

Ti'Cira Hawk once wiped out the majority of a Republic force with a tornado. Pretty sure that would put her here.
Click to expand...

>.> I never said I was mentally stable!

I blame @[member="Jonathon Patches"] ; he can make anyone go a little bit crazy.


Along the same note; few know her, but those who remember her know exactly how destructive she can be: Honestly, Zaiden would have been much better under other writers. I mean feth I've had spell scrolls for multiple months ooc and barely begun using them. I have alchemical scrolls i forgot i have. Sigh. He's beginning to lose muse for me now.
Vuldak | Gauntlet | Armor | Bow & Quiver | Shard of Retaliation

Character Bio
Three people now think that I could do more damage than what I am putting out? Is this a Sign?

Looks like when I come back I will need to Duel some people. Maybe show that I'm not the little Fire Shaper I once was.
| Voices |

Five most influential characters to you.
2

The Most Interesting Man in the Galaxy