The Liberation of Ossus HAS ENDED

THE ROLE-PLAY​
The homeworld of the Jedi.

Now, the Jedi and Republic return.​
JUSTICE​
Millions have died at the hands of the Sith Empire. The Republic has suffered no less than the rest of the galaxy. Sith attacked the Senate twice and decimated countless lives on Coruscant. Grand Master Teferi Efreet fell to a Sith in defense of Mandalore.

Ossus had been abandoned by the Jedi for thousands of years. Yet after the resurgence of the New Republic, the Jedi returned to its ancient homeworld. Yet when the One Sith rose to power, the Jedi were driven off the world once more.

By 836 ABY, the planet was covered in jungles with a mixture of historical and Yuuzhan Vong flora. The Grand Jedi Library still stood in ruins and the rubble of the Jedi Academy could still be sifted through.

Ossus both serves sentimental and practical value to the Republic. The Jedi might be able to recover the few remaining artifacts on the planet and rebuild a temple on the world.

Strategically, Ossus would allow the Republic to stage attacks deeper into the Sith Empire's territory. It could allow for attacks against Lianna - an important world for the Empire's production.

Some ground forces will be heading toward the ancient Great Jedi Library to secure it and set up a base of operations for the Republic.

Space forces will be attempting to route Imperial forces that enter the planet's orbit.

There may be some more goals for the Republic. This operation encompasses the entire planet. Some more diplomatic individuals might be going to conscript the Ysannan people. There are many cities available for capture. The possibilities are endless.


HONORS​
The Republic honors its heroes. Those that fight valiantly for Ossus will be recognized. Jedi Padawans will face their trials through the battle itself - proving their ability to be a Jedi Knight. Soldiers and fighters will demonstrate their ability and earn the promotion their deserve.

The most valorous Republic member in the Liberation of Ossus will be recognized as the Hero of Ossus. There is no higher honor for this fight.

In the event of a successful Liberation of Ossus, the Republic will provide ample rewards for its members.

For non-Jedi combatants, they will be given a personal starship similar to a BT-7 Thunderclap. It will help assist recipients of the ship to run independent operations. The ship will be submitted to the Factory after the Invasion for limited access.


Prepare for battle, comrades.
​
And may the Force be with you.​
The Liberation begins Saturday, February 8!​ 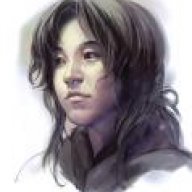 If I wasn't so new icly I'd defiantly want to join. Good luck guys! Character Bio
I am in for sure. (I love Ossus)

Character Bio
I shall happily join the forces to reclaim the library.

Character Bio
make sure we have some people ready for the counter invasion but yes this is a good way to go about it.

@Florin Armetta Not only can you join, but we encourage you to join.


And yes, the likely counter invasion will need people. I intend to have a presence in both with my two characters

DIE SITH DIE
I write characters and whatnot

Character Bio
Is this a replacement of, or an addition to Aargonar?

Florin Armetta said:
If I wasn't so new icly I'd defiantly want to join. Good luck guys!
Click to expand...

This would actually be a great thread to have your character make friends and enemies!

Tallia Farn said:
Is this a replacement of, or an addition to Aargonar?
Click to expand...

I think I'll be in the portion that takes on the Jedi Temple. Nothing like the heat of battle to train ya.

I'm happy to join, just tell me which part i'll join then @[member="Daella Apparine"] @[member="Selena Halcyon"] and ill do it

@[member="Darc Xavior Talus"] I want to come with you, is that k?

@[member="Yasuo"]
You must log in or register to reply here.