For the Empire!​
​
Eight-hundred fifty years ago, Emperor Palpatine created the greatest power this Galaxy has ever known. His Galactic Empire spread to every corner of the Galaxy and came closer than any who had come before to creating a truly unified Galaxy. Trillions lead by a single voice to live in peace and prosperity.

That dream has not died.

What is The Galactic Empire?

It is a nation of laws, where honor and loyalty are paramount. Where everyone is expected to do their duty, no matter how hard it might be. Even the Underworld of Atrisia has its own laws, and its own demands of duty and loyalty. The punishment for breaking these laws is often harsh, but the punishment is always dealt our fairly. As long as a person lives a just and law abiding life, they never need fear their government.

Atrisia is the capital world of the Galactic Empire, a core world that is older than the Galactic Republic. For thousands of years the Atrisian Empire was a power by itself, the original Kitel Phard Dynasty being founded before even the formation of the Republic and lasting until Palpatine’s time, the planet Atrisia is steeped in tradition. While it might seem like this would make Atrisians closed minded, and in some cases they are, Atrisia has long recognized they cannot survive on their own. Instead they have taken the mindset a person’s background-who they are, what they are, and where they come from-are not important. A person must earn their place. Anyone can even earn peerage for their service, earning not just their place but the place for all their descendants to come.

Many of the planet’s traditions seem strange to outsiders, but it is that tradition that makes the planet’s culture so rich. Shines to the old faiths still liter the land, and many places continue to hold their ancient tea ceremonies which are entire events centered around serving and drinking tea in a very ritualized manner. Often visitors are surprised the first time an Atrisian bows to them, but that is simply the way Atrisians think. One thing shared almost universally by Atrisians is an intense distrust of Force users, to the point where many see Force users as tricksters putting on shows with sleight of hand. Jedi and Sith are not welcomed with open arms here.

Does my character have to be Atrisian?

Are only Imperials allowed to join?

Nope. When I started the faction, the idea I had was to create a faction that held dear the original ideas of the Galactic Empire. However I did not want to stop there, I wanted to create a living breathing Empire made up of all its citizens. The Reki, or Family, is just a big a part of the culture as the military, and the normal citizens from the nobles to the street urchins are who the military exist to fight for. Even now we have criminals; we have nobles, scientists, and others. I like the idea of a faction competing within itself to make itself better, even as it unites to throw down with the enemy. After all, while the citizens might not agree with each other they are all Imperials.

An important part of the faction is the nobles and their High Council. While the council’s power is limited to an advisory board, nobles within The Galactic Empire hold great power and influence personally. Each noble family has been given a land or property title in the past and this is the source of their affluence. One of the most iconic noble titles is the Yovshin, descendants of Yovshin Swordsmen who served the Emperors for millennium, but we also have Barons of the Empire, and many more titles.

As mentioned before the Reki or Family are a huge part Atrisian culture who have spread their reach to the rest of the Empire. Imagine them like real world Yakuza, they see themselves as modern Yovshin Swordsmen, and protect Atrisia in their own way. For them the government is a necessary evil, one they learn to use when needed and avoid when it becomes dangerous. The most powerful of the Reki clans is the Kahoshi clan, headed by Shin and Iliana Kahoshi.

Does the faction allow Force users?

Yes! However our Forcies are very different from other factions. We have the Inquisition who exists solely to keep Force users in line, and let there be no question that the Inquisition takes control very seriously. These Force users are tools, kept in line by stronger tools, all answering to the leader of the Atrisian Empire. They are military through and through, following orders and regulations or suffering the often fatal consequences. Inquisitors hide among the other government branches, living a double life, and striking when the order comes. The greatest weapon in the Inquisition arsenal is that only three living soles outside of the Inquisition know of their existence. Anyone else who learns their secrets… quickly find themselves dead.

Do I have to be an Inquisitor?

No, though those that are not should tread carefully. In the self-governing areas of the Empire (in this case the Chiss Ascendancy), only Force user registration is required. This allows the Inquisition to secretly monitor force users easier, without causing a huge swell in numbers.

The Chiss Ascendancy has joined under the Atrisian flag to make both stronger, the chiss are given the freedom to retain their own culture within their borders while ultimately answering to the Imperial government and serving in its military as needed. 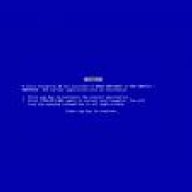 I will consider you. This sounds interesting. . .

If you have any questions, just ask.

Character Bio
@[member="Akio Kahoshi"] I do have a question. Do you Hire Mercs without putting the little death chip in them?

Character Bio
We do not put bombs in anyone, so don't worry.

Character Bio
No such thing as bombs? What? I.... nevermind.

Character Bio
But the answer to your question is we do hire mercs, yes.

Character Bio
I have updated the advertisement to go with the change in name.

Character Bio
Taking a single line out of context and making a snide remark does little for anyone.

Akio Kahoshi said:
does little for anyone
Click to expand...

Oh it's good to be back to the good old days

Character Bio
Give us your poor, your tired, your non-force-user masses.