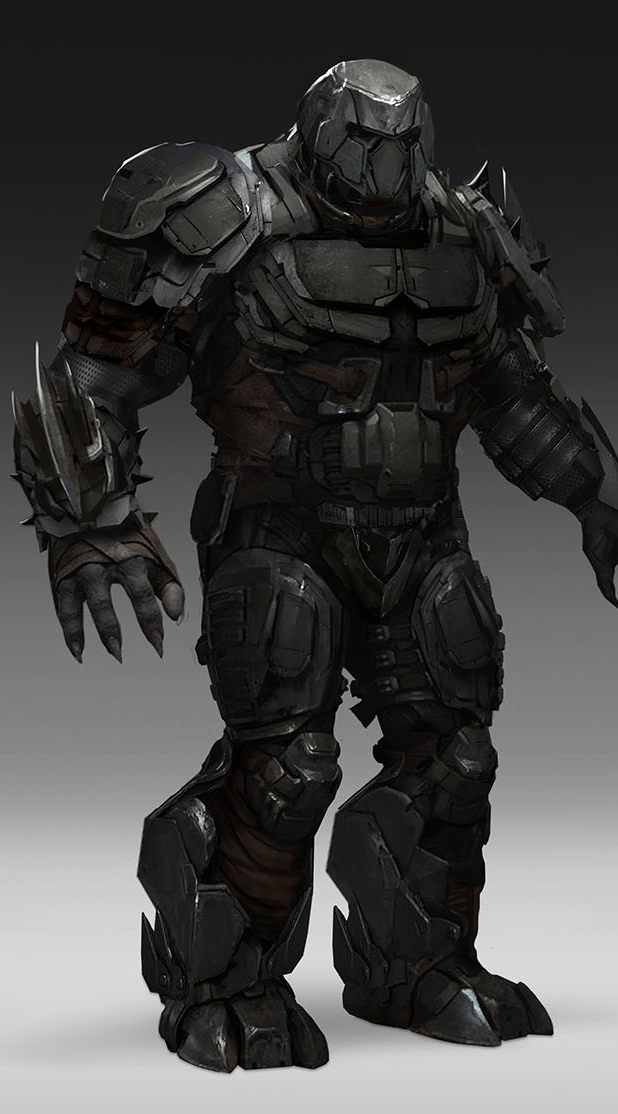 - Armour: Verikast Brute Platform 12A ​
- Arms: Glaive & Spiker | 457.2mm Ammunition ​
Strengths:
Weaknesses:
HISTORICAL INFORMATION
The Brutes of the Bryn'adûl have been officially rebranded as the Brute Corps, encompassing a variety of Brute units and force variations. One such group is the Brute Minors, the Brute Minors are the lowest rank of the Brutes, but by no means makes them any less fearsome. Brutes are incredibly tough and strong, strong enough to make close quarters combat almost trivial against more races. The Brute Minors are new designations given to standard Brutes, assigning them this rank as part of a overall reorganisation of the Bryn'adûl forces and specifically a radical re-arming of the Brutes and changes within their ranks. As the Bryn expands, so too are its facets forced to adapt to this expansion. This, is a step in that direction.

Brute Minors, whilst typically inexperienced by comparison to other types of Brutes are still battle-hardened and victors of multiple battles.
Last edited: Friday at 10:41 AM

Approved NPC The Bryn'adûl | Order of the Ashaka