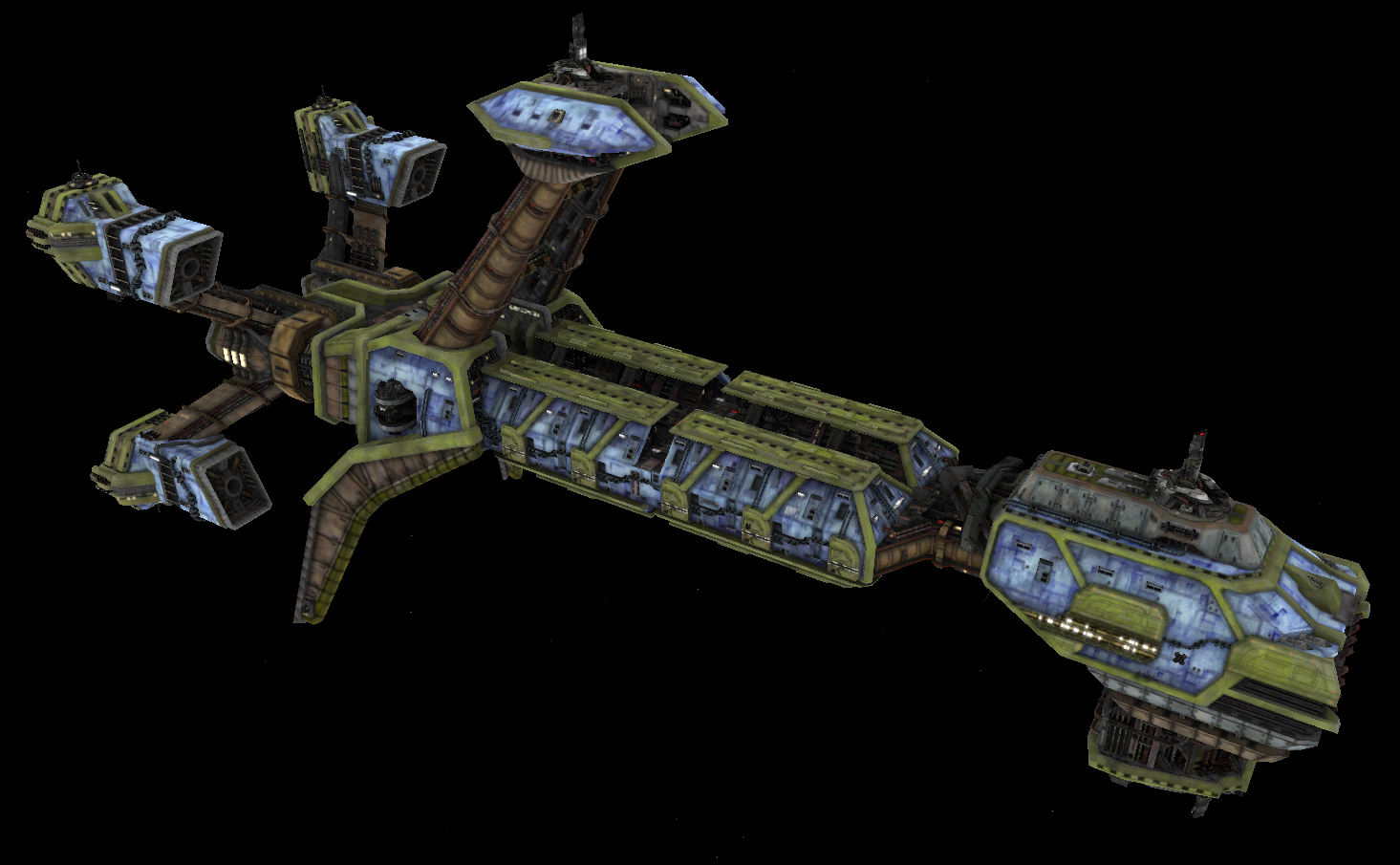 The ship eventually returned at the head of a motley set of spacecraft, the Void Irregular Fleet, with the Sith known as Vanessa Vantai at the helm. It would fight in its standard state several times before being crippled at the Battle of Kashyyyk due to an intended refit having not been completed. Once returned to the Nathema Orbital Yards, the Ablution​ was stripped down and rebuilt from the ground up. New molecularly bonded armor allows for a level of protection almost unimaginable. Super-heavy beam weaponry replaces the outdated hypervelocity guns, drastically increasing the destructive potential of the ship.

The most unique feature of the refit was the addition of a meditation chamber for Vanessa Vantai roughly amidships. This chamber allows the Sith Lord to focus her illusory abilities, artificing false starships or space monsters out of thin air and strengthening her otherwise already potent Force prowess.

A terror to all enemies of the Sith Empire, time will tell where the aged warship will end up next.


Vanessa Vantai said:
This allows Vanessa to channel the power of Force Lightning through the diatium and electrocute nearby starfighters.
Click to expand...

We could use more details about this unusual ability. Undoubtedly, a large portion of its ability depends on Vanessa's ability with the Force, of course. Up to how many fighters do you see this affecting a single time?

I could see a bomber wing getting knocked out wholesale if they came nearby. Given Vanessa's a master-level Force user who focuses on Force powers to the almost exclusion of bladed combat, sitting in a meditation chamber made of Dark Side-infused metal from the wreckage of the Star Forge, I'd say it would be pretty effective at zapping enemies.

Character Bio
[member="Vanessa Vantai"], I apologize for the wait, I was discussing the viability of being able to channel Force Lightning through the craft with the Factory staff. The consensus is that this is not feasible.

There is very limited canon evidence to support something so powerful. The closest thing that we have is in the game Jedi Starfighter, in which a jedi pilot can sometimes zap another starfighter with Force Lightning, but it's nothing at this magnitude of power or its breadth. Additionally, there are some issues with being able to target so many different vessels at once, especially if they're not line of sight. Perhaps a bigger issue would be the overall power draw needed to accomplish something this significant, which would probably be incredibly high.

I can see such a network in place with the stipulation that it can only target one ship at a time, not outright destroy it in a single shot, have some sort of notable recharge time, and be limited to about point-blank range. These caveats need to be very explicitly stated within the submission itself. This would be the sort of thing that might be useful in blocking a single precisely aimed torpedo or warding off a boarding craft, but not something capable of causing widespread destruction.

Edited. Not worth fighting or arguing over it.

Just noticed this. Per the template, this should be something in here to balance out this out. So we have two basic options going forward: