Rising from the Ashes | Knights of Ren Ad 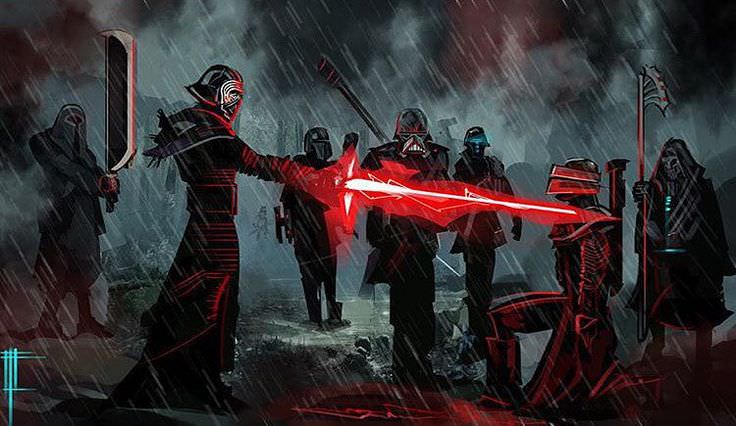 [/SIZE]​
“Even in this desperate time, the Supreme Leader’s will shall be done as it always have been. We will rise and begin anew. - Unknown Master of Ren to Disciple of Ren, 853 ABY ​
The Knights of Ren commonly known as the Order of Ren are a Clandestine cult within the First Order, acting as the shadow hand to the Supreme Leader. This dark side organization is unique compared to Dark Jedi and Sith, focusing not on personal ambitions or bids for power but instead operate as a collective: brothers and sisters of the dark side following the will of the Supreme Leader in pursuit of a better nation. Indoctrinated at a young age they are often trained at the Ren academy on Skye then taken to Bastion of Ren on Virgillia. They go through grueling trials before being initiated as a Disciple of Ren; they are trained as skilled and powerful practitioners of the Dark Side while worshiping the cult personality of the Supreme Leader -following every order without question. Brothers and Sisters in the dark side they work to crush rebellions, hunt Jedi or other Force Sects that are a threat. seek Force Artifacts, and interact with the government of the First Order should the Supreme Leader find it necessary. Following a different design then the previous Knights of Ren, the Order of Ren has largely flourished and transformed under the enigmatic founder Sieger Ren. Largely a force that operates outside the First Order government and is kept secret -appearing as whispers and rumors throughout the population of First Order Space. With these guiding principles of absolute loyalty, unity, and secrecy this makes the Knights of Ren unique and rival to that of the traditional Jedi or Sith. Under Sieger’s vision the Order of Ren will follow a structured system that retains unity for all. ​ 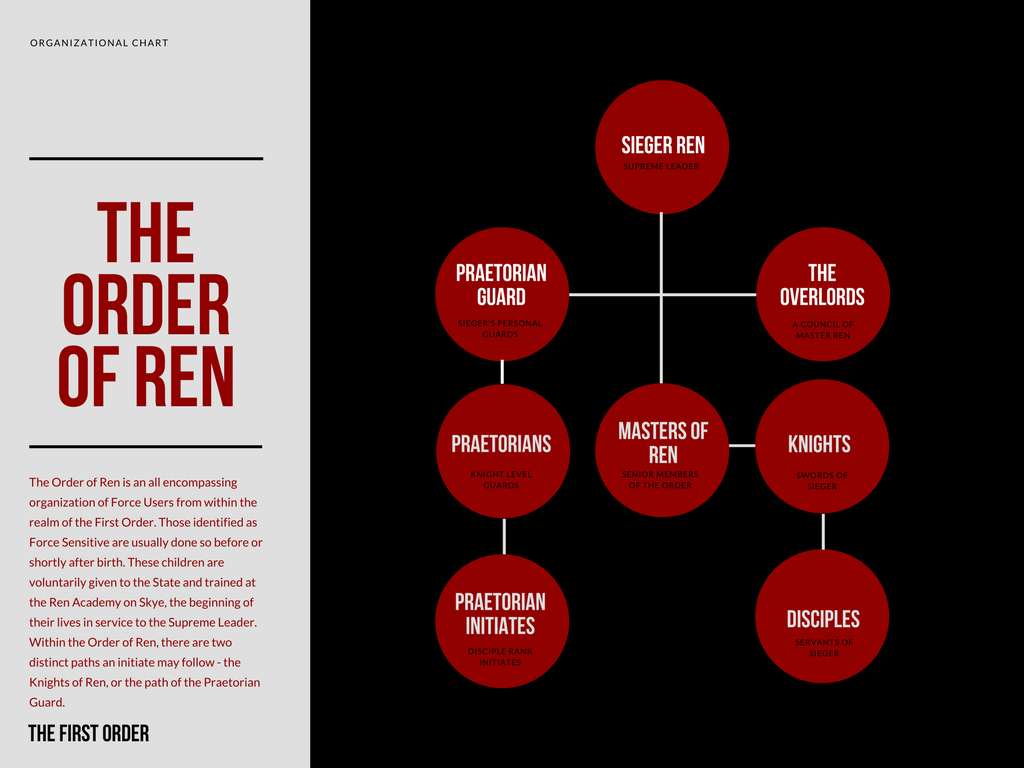 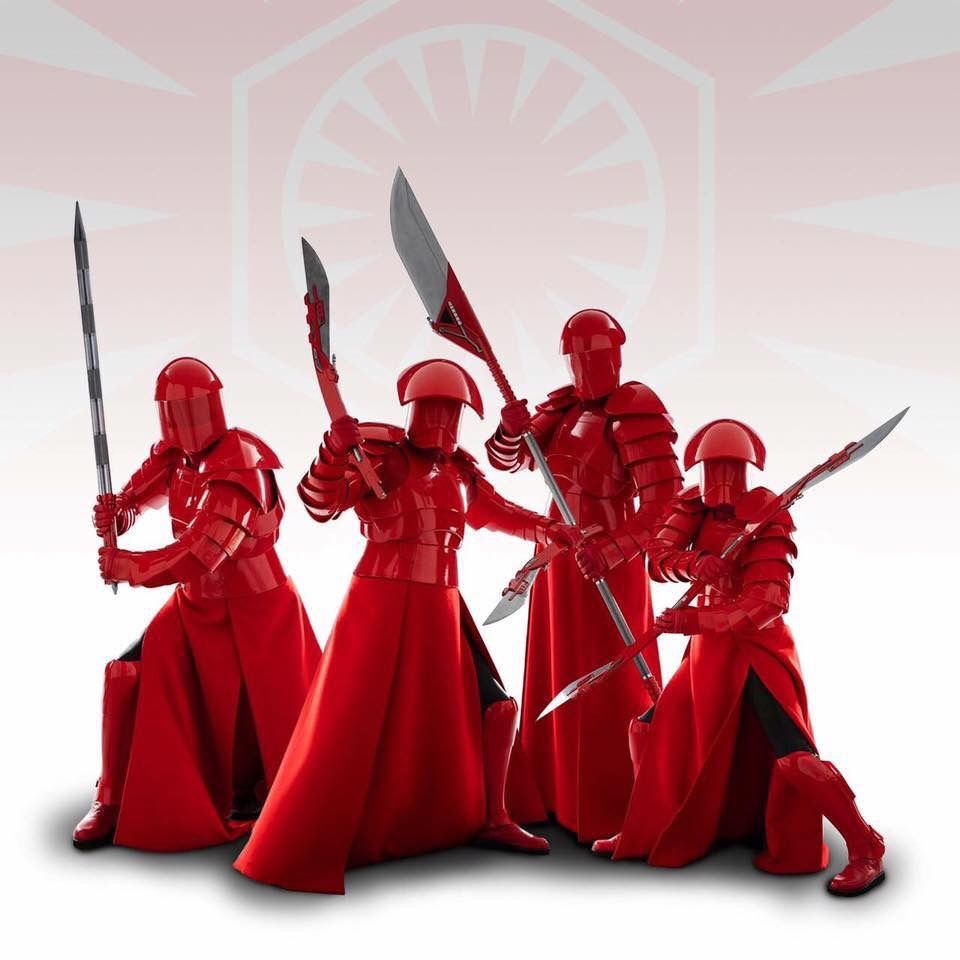 [/SIZE]​
​
​
Both the Ren and Praetorian Guard often hide in a veil of secrecy, wearing armor and electronic vocalized masks to hide their voice. They only reveal themselves to their enemies, allies or when the need calls for it, but both groups share a common goal and that is the will of the Supreme Leader. Both working together often having loyalty to the Supreme Leader first, the First Order second, and themselves third although not blind obedience as both the Praetorian and Ren often have goals and ambitions of their own, they often temper it to strive as a collective and as a whole both groups strive for peace and order through the First Imperial nation. ​
Now the Order of Ren undergoes a time of rebirth and change. They become more deadly, and even more wise then they had before. Rallied by the belief of Sieger's will and even more determined. Will you take the path of a Knight of Ren, or will you serve fanatically as a Praetorian guard? Will you strive to build a new generation and a better world for the Ren? Will you make a name for yourself as you serve the Supreme Leader and the might of the First Order?​
[SIZE=11pt]First Order faction home[/SIZE]​
[SIZE=11pt]Order of Ren portal[/SIZE]​
[SIZE=11pt]New member portal[/SIZE]​
​
[SIZE=11pt]Contacts: [member="The Major"] [member="Madelyn Lowe"] [member="Asharad Graush"] [/SIZE]​
You must log in or register to reply here.
Share:
Share
Menu
Log in
Register
Install the app
Top