I haven't decided where ROS sits yet, that usually takes a while and another re-watch, but I doubt it would crack the top five. The last three spaces on the list would be the ones I consider really bad - as in would go out of my way not to watch. Otherwise, the remaining movies have redeemable qualities in some aspects despite their low rankings or flaws despite high ranking, with PM having one of (if not the) best duel in the series as an example.

Character Bio
ACTUALLY GOOD
- Return of the Jedi: This movie has the best portrayal of a Jedi in the case of the Jedi Knight Luke Skywalker, and whilst the Ewoks are silly; the arcs from the last two films are beautifully finished in this film. Additionally, the Vader/Luke scenes are beautiful.

- Empire: A dark film that challenges peoples expectations the RIGHT way with the reveal of Vader as Luke's father, instead of just an all-evil dark lord. Fun arcs, great development of the force further mystifying it.

DECENT
- A New Hope: A great action-adventure film which started the whole universe and is capable of sending your imagination on a trip. A beautiful introduction to the Star Wars world. It isn't perfect.

- Solo: Solo is underrated I feel, its genuinely incredibly fun and feels like a Star Wars film that steps away from the Force and enjoys the underbelly of Star Wars. Yes, the film only partially achieves the Crime Syndicate feel it wanted to. Its alright, and isn't given enough credit due to how horribly received TLJ was.

- The Force Awakens: Its a new hope but not as good with boring characters and no tension. But its still fun.

FORGETTABLE
- Revenge of the Sith: This film is still bad, and still has wooden acting - but it has its great moments.

- Rogue One: This film has terrible pacing, and too many characters that don't get enough time. Its clear this film struggled in the editing room.

- The Attack of the Clones: This film has terrible pacing, editing, and fight scenes as bad as TLJ's. There are some good things, the music is great, Kamino is fun and the Tusken sequence is fairly emotive. However, this film has some of the worst dialogue in the series by far. But its dumb fun.

- The Last Jedi: This movie doesn't know when to stop it with the jokes, fails miserable at subversion and unfortunately has some incredible ideas but executes them in a offensive and poor manner. Finn is relegated to a plot-vehicle for Roses vindication and Rey is as uncompelling as a dried fruit.

- Phantom Menace: This movie is awful. But Duel of Fates is pretty great.

- The Rise of Skywalker: This film is so incredibly lazy. No creativity, turns the force into a 'solve any problem' vehicle and has FOUR fake-out deaths. This film is ridiculously bad.

Our Song Woke the Trees 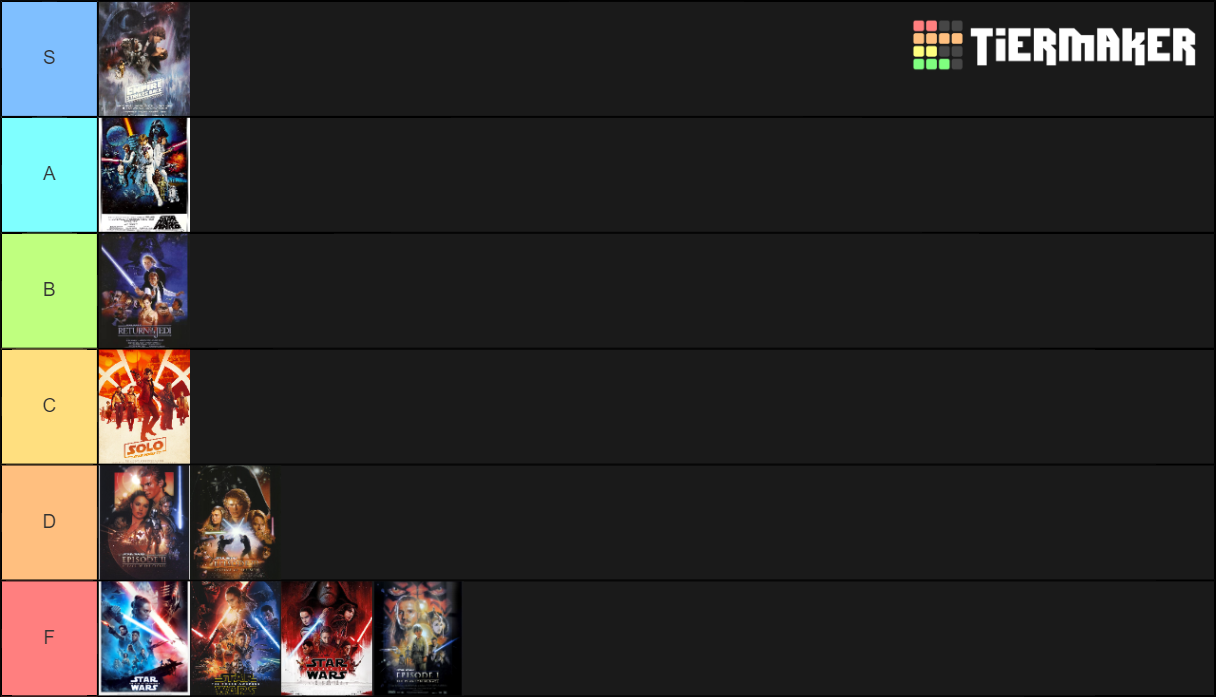 In F tier we have the soulless mockery of Star Wars that is the sequel trilogy. The movies that confirmed to the world, "Yes, the rumors you've been hearing for years are true. Star Wars is dead." Years from now these films will be directly contrasted with Marvel as an example of how not to plan a franchise. Along with them Episode I belongs in F tier because it's the most pointless movie of the saga. You can literally start with Episode II and understand everything perfectly. I mean you could watch Episode I for fun, I guess, but why would you? NoW tHiS iS pOdRaCiNg!

In D tier I have the rest of the prequel trilogy. Nearly as bad as the sequel trilogy, but they have the advantage of being unintentionally funny, so that small amount of entertainment value bumps them up a tier. Fun to watch if you're a Star Wars fan who's into ironic self-deprecation. And if you don't like sand.

Next we have Solo, the best movie of the Disney-era. I find origin stories inherently uninteresting, but at least it didn't actively go out of its way to offend me, and it had a functional protagonist, something the rest of the Disney-era movies are apparently incapable of. For that reason it earns C tier, and a nice gold star sticker that says "You Tried".

B tier is Return of the Jedi. Clearly the weakest of the three original movies and where the chinks in ol' George's armor first reveal themselves. It had its issues but still managed to be a reasonably satisfying conclusion to the original trilogy. It tripped and faceplanted across the finish line, but it crossed nonetheless.

A New Hope can be nothing less than A tier, the movie that started it all. A movie so good they decided to make it twice.

S tier, to no one's surprise, is Empire. The lynchpin holding this entire house of cards together. The movie that made us believe George Lucas had a plan, and it was a great plan, just sit back and trust it. The entire saga has been running on the fumes of this film ever since.

So there's your Star Wars saga. Mostly bad movies with two legitimately great ones. Rogue One is missing because I haven't seen it, and to be perfectly honest, I just don't care enough to watch it. Maybe one day. Maybe not. Character Bio
These are only the ones I've watched. Also, this is a 100% honest list not based on popular or unpopular opinions.

The Clone Wars and Rebels series top all of these. 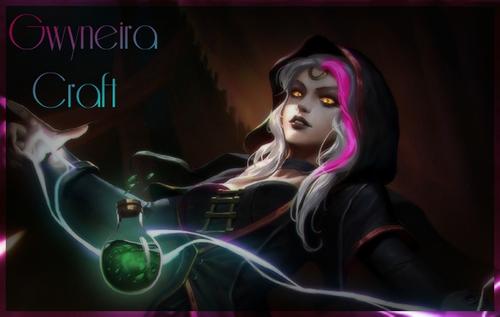 What follows is the official ranking list. Anyone who disagrees thinks Twilight is a better film series.​
1. Revenge of the Sith
2. Empire Strikes Back
3. Rogue One
4. A New Hope
5. Clone Wars
6. Return of the Jedi
7. Phantom Menace
8. Rise of Skywalker
9. The Last Jedi Character Bio
Haven't seen Rise of Skywalker because I'm a broke bastard, will update when I do.

The Clone Wars Movie is probably 7.5.

I start small, then evolve to something enjoyable for everyone once I found my footing.​