Character Bio
I have decided to use my brain for purposes other than spamming threads and looking at kittehs. I shall....

You need to lose, now.
Before anyone throws any turtlebombs at me, lemme splain.
Winning is fun. I admit, it's fun. Smashing your way through scores of enemies is exhilarating. Carving the arm off your opponent is awesome. Pew-pewing through hordes of enemy starfighters is absolutely epic.

But have we not all laughed at the Hulk getting his face hammered in? Did we not enjoy watching Indy get punched in the face? Repeatedly? Is not the slapstick comedy of the Three Stooges hilarious?

How much more so, then, should we enjoy letting our characters fall down the stairs every once in a while?

I'm not an expert on losing, I admit readily. If you want to find good ways to lose, talk to @[member="Sarge Potteiger"]. He'll give you the rundown on losing, trust me. I think it was from him that I first got the inspiration to lose. Kudos, man!

To follow in the tradition of such people as Alna Merill or Qae Shana, herein follows a story of epic proportions.

"Why don't you put your money where your mouth is and fight?" responded Cran Stoofen, Jedi Master and ruler of the Nogravii system. Igniting her lightsaber, she charged forward, intending to slice off the arm which was poised precariously close to the ignition switch for the DoomsDay Device Mk 32159860-b.

As the Jedi Master jumped for him, Darth Torkay grinned. Taking his hand away from the activation switch, he grabbed his two lightsabers, and leapt to meet her halfway.

As their sabers clashed, Master Stoofen smiled. She had been practicing for months now, against forms Darth Torkay would use, and felt confident that she would do her best against whatever he had to throw at her.
----------------------
This is awesome. This is the kind of stuff that makes SWRP such a fun site.
However, when it continues for a few dozen threads, with both sides going up against each other like two icebergs in the sea... things get a little monotonous.

Now I understand that Master vs. Master fights are very equally matched. However, to other people in the thread, 492 posts of constant lightsaber battles are kinda boring.

This is what I (personally) would like to see: More losing, more character fighting development.
OOC:
----------------------
Cran: So, yeah, I've been kinda wanting to give Cran some bionics for a while now, really flesh out her character. Think you could help me out in the recent thread?
Torkay: You mean, "More Grave Than Gravy?" Yeah, I can help. What do you want?
----------------------
They hash out a rough story line. Turns out Cran's left-handedness is somewhat less potent than her right-handedness. And after being nicked on the hand by a lucky blow, she's had to revert to left hand for some time now. Darth Torkay makes use of this, and....

As the Jedi Master fell back, Torkay grinned. This was exactly what he had been hoping for. A running jump, a slice at her sword hand, and -

And so Cran loses.

Now, I realize that pitting a Master against a Master is going to drag on for a while. But this is where you should bring out the weaknesses in your character. As time passes, they will exert more and more weariness, as indefatigable as they may have originally seemed. And unless a certain Morg'hene FreMehn hits the forums... no one's a god. 'Cept Tefga.

I used to have difficulty with this. I wanted Jak to be the star smuggler, never caught, always gets away unhurt. However, when I went against Ashin, I found - Hey! Beating up Jak is fun! And from then on, it was always enjoyable to watch Jak fly back through walls, get punched in the head, get eaten (looking at you, @[member="Steph Zenima"])....

Now, if it's you (say, a Master) against someone else (say, a belligerent Padawan), don't just brush them aside. PM them and ask how they gonna lose. That way, you can smack them through the floor, and they'll have fun doing it. In that case, make it fun for them to lose. Because they're not always gonna win. And you aren't always gonna lose. So, when you win, don't dance circles around them. Take a hit from them. You're not invincible, either.

Basically, the whole point of this is.... Make RPing fun. They didn't always win in the movies. Han Solo got carbonited. Luke lost an arm. Heck, Leia lost the Republic!
Yes, this is made completely by me. With no input by anyone else.
False. I have been getting input since day 1. And while this whole guide is directed at me as much as to anyone else, I still would like this said.
Point being? Make your character fun to RP with! Put a bit of humor in your posts! Even if you're not fighting anyone, fall down the stairs. Stick your hand in a toaster. (Fun fact: toasted broccoli tastes horrible.) Lose an arm here and there. Get a tendon/ligament cut. Recover from a fight, and lose a second one. Accidentally slice your finger off. (spoiler alert: It hurts)

Take my (and Sarge's) word for it: Making your character lose is more fun than making him win.
Because no one likes the perfect player. (sorry Superman) People like the raw, hurting, always-losing character (yay Batman). He's (unceasingly) the fan fav.

Character Bio
I thought I understood what this thread was, then you lost me.

I have lots of plans for my characters on becoming powerful, blah blah blah, but they aren't invincible either =)

For example, Dumah got his head banged up by a mental attack from Darth Kyros. In another thread, Sorin had several blasters pointed at him, resulting in a ceremonious "Well, I'm screwed" reaction from him, twice. While I don't like the idea of limbs being cut off, putting them in situations that bring the characters out of their comfort zones is definitely something I enjoy doing =) Plus it allows me to figure out how to develop them as characters, because until the situation comes up, I have no clue how they will react to something. Makes for very interesting situations =)

Joshua DragonsFlame said:
I thought I understood what this thread was, then you lost me.
Click to expand...

Character Bio
I got beaten up by those mean old bully Jedi.

Maybe I'm born with it, maybe it's Maybelline.

I agree with the gist of this. Taking an L can be good fun, and besides, no one likes a Mary Sue. I had a lot of running battles with a guy on another site who insisted that his character was undefeated and basically undefeatable, and that his other character was the best at fleeting. He was a real pain in the ass. No one likes a pain in the ass. Be a good bloke, make your character human.

Private Eye in the Sky 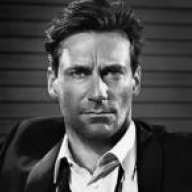 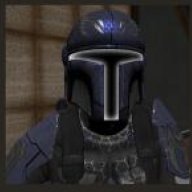 Character Bio
Some of the best stories are made crawling from the mud, after getting your rear kicked. The best accomplishments come through great effort, and the giant slog through the hellscape.

I agree on this. 100%.
Force User Mandalorians: Bardan Jusik, who gave it up and resigned the order. , Mandalorian Knights, whose tradition was never practiced after, or carried on in any way post crusade , Tar Vizsla (Left Mandalorians and made Darksaber, which became a symbol for clan Vizsla, a Dar'manda.), and Vanku Skirata, who chose willingly to never use it.

I automatically consent to death if the same consent is given when using a dice combat system. Any time. Any where. IC is not OOC. Thank you for the RP.
Jekai's code of conduct
You must log in or register to reply here.

a serious discussion is needed

Cleaning the Slate (Discussion on reset)
2