Character Bio
Just some thoughts for community discussion after a quick glance at the banned materials section. Curious how other members feel.

Point 1:
Lightsaber Rifles shoot lightsabers. They only have five shots. The lightsaber melts after five shots. Beskar, phrik, songsteel and a host of other material already blocks lightsabers and pretty much every PC and her dog has a suit of armor made from that material, so why would this be banned instead of restricted? Especially when a disruptor is better by comparison. In fact, since lightsabers are not restricted, have unlimited use, and do not melt, why wouldn't a lightsaber rifle be unrestricted entirely?

Point 2:
Nanotechnology has been banned for some time now, which seems funky given how advanced Sci Fi tech is in star wars and all the neat, non-ridiculous things that could be done with it. It also cannot stop a lightsaber, like phrik, bezoar, cortosis, and songsteel can. Those are all only restricted, not banned.

If the fear is someone creating Grey Goo, isn't that something that can be handled on a case-by-case basis? No, it fires gigantic beams that have the same cutting power of a lightsaber but with actual force behind it that completely throws people off of their feet and tears through multiple reinforced walls.

Gorba the Hutt said:
Especially when a disruptor is better by comparison.
Click to expand...

Sure, except a disruptor has less than 100 meters of range and maybe 5-10 shots on average, and only atomizes the particles directly surrounding the area of impact. It "disintegrates" those it hit, often, in canon because it was routinely used on unarmored targets that were assassinated. Lightsaber rifles are designed for actual combat.

Sustained contact with a lightsaber is also capable of eventually cutting through phrik, beskar, and cortosis.

Simply put, the weapon is too powerful. 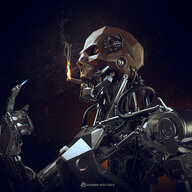 Character Bio
On today's episode of Banging Heads Against Walls...

Flinging a lightsaber at someone is one thing, but the lightsaber rifle is a bit much, even for me. Given the nature of arms races on here, I wouldn't at all be surprised if they became just as ubiquitous as RM armor if they were dropped. People would find ways to mitigate the weaknesses and enhance the strengths, and before long, they'll be the fad of the week and everyone will be sick of them. Best to let that particular sleeping dog lie.

Lifting the nanotech ban has been suggested before, but to the best of my knowledge, it's never made it past the suggestion phase. Yes, the technology has massive potential. Yes, it meshes with the Star Wars universe. No, Grey Goo isn't the primary concern. The primary concern is that the potential for abuse is through the roof.

Do I agree with the ban? No, I think it's silly. That same potential exists within literally everything in the right hands. $10 says I can come up with a way to make a can of beans OP if I try hard enough. But whereas a can of beans takes effort to make OP, it takes just as much to make nanotech regular old P. I can see why no one wants to deal with that throbbing migraine. Besides, you can make stuff similar to nanotech, just so long as you don't call it nanotech and make sure it's balanced. Sure, brand name sneakers are cool, but the Wal-mart knockoffs will get the job done in a pinch.

This topic is becoming a monthly tradition, huh. Honestly, we can live without lightsaber rifles and nanotechnology, neither of which make or break the enjoyment of the site.

Character Bio
[member="Gorba the Hutt"] [member="Rusty"]
There's currently discussion about Nanotechnology going on right now, so this may possibly change in the future. Don't expect for it to happen right away or anything, but your views on Nanotechnology are not isolated. 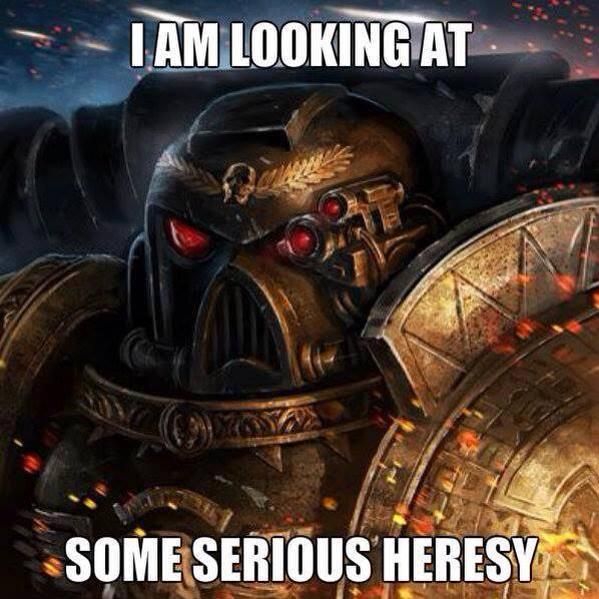 Nanotechnology and Lightsaber rifles are a few grades below what already exists on the site, and the idea that these would somehow change the field of CRP is silly. Suffice to say, you can make anything you'd like if you just don't use certain words. In this case, I've seen literal proton beam cannons being shot from snipers, and thats not that different than lightsaber rifles besides the 'cool factor' of a lightsaber doing it. Nanotechnology is achieved by people just writing it as something else. The don't actively stop anything, other than to fill space on a rule board.

While stopping a Grey Goo situation might be reasonable, it'd easily fall into the 'super weapon' category at that point. Its not like if someone really wants, they can't just say they did the exact same thing except with The Force. Looking at plenty of Sith Lords already.

All those two bans do is stop rationale, not the result.

Don't worry guys, we have bezoar'gam.

And yet Darth Vader crushed it with his mind.

On a board where people rant about creating force storms, fighting PC lava giants, space cthulhus, and all manner of what-have-you, it amuses me that the equivalent of a handheld LAAT/I beam turret is where the line is drawn

Gorba the Hutt said:
On a board where people rant about creating force storms, fighting PC lava giants, space cthulhus, and all manner of what-have-you, it amuses me that the equivalent of a handheld LAAT/I beam turret is where the line is drawn
Click to expand...

I am happy to amuse you.

Character Bio
I don't think I'd be alone in suggesting that the current rationales for banning the canon 'lightsaber gun' hold no water and come across as off the cuff. The Factory has regularly approved things that will cause comparable damage and grief. There are better rationales for keeping it banned (Rusty touched on one or two); I'd suggest taking a hard look at them.

Nanotech as a blanket ban only makes sense so far as staff can't find a reasonable line to draw between commonplace canon and OP stuff that breaks starwarsiness. I'm with the reexamine-the-ban camp, and I think Pyne can find a way to make that work.

Character Bio
I tried twice as factory admin to remove the ban on nano tech. Every time I was outvoted and told no because it was op.

Ultimately it isn’t the factory admins decision. It’s the rest of the admin staff that votes on this.

Character Bio
[member="Gorba the Hutt"]
I also think you would look marvellous in a black panther nano-tech suit.

But yeah, just look at Marvel. Iron man has nano-tech, so does black panther. Yet, Iron man still had trouble with the black order, right? And they're just regular bruisers.

Just keep nano-tech on a personal suit type level and y'all be fine.

​EDIT:
[member="Jorus Merrill"], on the worry of what breaks star warsiness. Aren't we already way past that? I mean. I think we are, and still everything still comes down to star warsy lightsabers and jedi vs sith. Just gotta trust that won't change.

it has always been a sandbox allowing incorporation from other resources and media. It gets its own twist yes, it is made to fit within the universe. Hell the old ewok cartoon had a ship with teleporters, replicators and other advanced technology for an episode where explorers found endor and were eventualy never heard from again.

honestly nano technolgy... was even when it wasn't banned barely if ever used. If anything banning it got it more attention.

Character Bio
Lightsaber rifles are staying banned. That’s their home now, and they like it there. Y’all can discuss as much as you want the reasons for unbanning it, but the decision is made.

Nanotech doesn’t tickle me one way or the other. I like the idea of it, but as was already stated, it has already been voted on (twice I believe) and failed both times. But hey, if you want to try for a third, by all means lets get all aboard the nano train.

Character Bio
Crap, wrong tab.
You must log in or register to reply here.

Thoughts on restricted and banned items