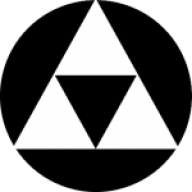 Character Bio
As I noticed, there are other people who would like less conquering in the galaxy, instead just roleplaying with what they have. I understand how Activity Checks are handled, but couldn't we possibly do Faction threads that meet a certain minimum instead of having to gain more ground every month? I'm genuinely curious to see how many people would be entertained by the idea that they weren't forced to take ground every month for their Major Faction, yet stand strong and maintaining what they have.

"We've gotten what we wanted, now let's make sure we keep them."

They would still be susceptible to Invasions, there's no doubt about it. I understand going to war or making a Dominion objective inspires people into action and posting, but that doesn't mean that a faction will die if it chooses not to gain ground anymore. The Galactic Empire, as big as it was, didn't even bother taking some planets or sectors. All I'm suggesting is a third option for Major Factions to keep Activity without having to conquer the galaxy. Because it brings up a serious problem. As an example, Commenor Systems Alliance is not a warfaring faction, but it's forced to take territory and forced to make up random reasons why it's taking absolute control of these planets.

I'm welcome to debating, but I don't see a bad side to allowing a third option...


TLDR: Add a third option for Major Factions to show Activity, instead of advancing territory, for those who don't want to control the map or fight everyone.

Fortunately for you, however, this is already an option - Dominions and Invasions aren't the only measures of activity. Skirmishes, Faction threads, even private threads involving faction members all count towards activity.

Character Bio
Also public threads sponsored by the faction! One that immediately pops to mind was the GA thread to rebuild Coruscant two? years ago when they took it from the One Sith

I have been told by staff that these, do not. 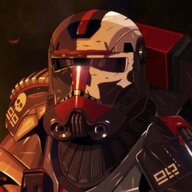 However, they are otherwise correct. Invasions/Dominions are not the sole determining factor in judging activity. If your faction wants to do only humanitarian aid threads, then go for it. It's still activity.

Apparently I was wrong about the private threads! But otherwise, hope I was helpful.


Ah, well, now I feel dumb! Thanks for the information guys. but Yarva, for realsies, could a Faction really do no Dominions or Invasions for like 3 months and be okay? Not to say one would, I'm just curious if that actually 100% works.

Character Bio
[member="Kuat Drive Yards"]
Yes...they could, so long as they were active in other areas like skirmishes, faction threads, etc.

Not sure why you're on the map if you want Star Peace, but it's possible.

Character Bio
Our biggest problem with faction activity isn't the activity itself, it's finding the activity. People use the faction prefix and link the thread in Discord and give it a generic name like 'Bar Thread #3' as opposed to 'Picking up the Pieces - Republic Rebuild of [Destroyed Planet.]'

If the name of the faction is in the title, and there are tags with the faction name in them, it becomes far easier for us to actually find the activity. There's been more than a handful of times we have had to go to the Faction Owner profile for a Major Faction and search for their posts specifically just to find faction threads.
You must log in or register to reply here.

This is a test.

Jan 19, 2021
Emerald
E
A
Tags are not hitting this character

Is this a deliberate censor or...?