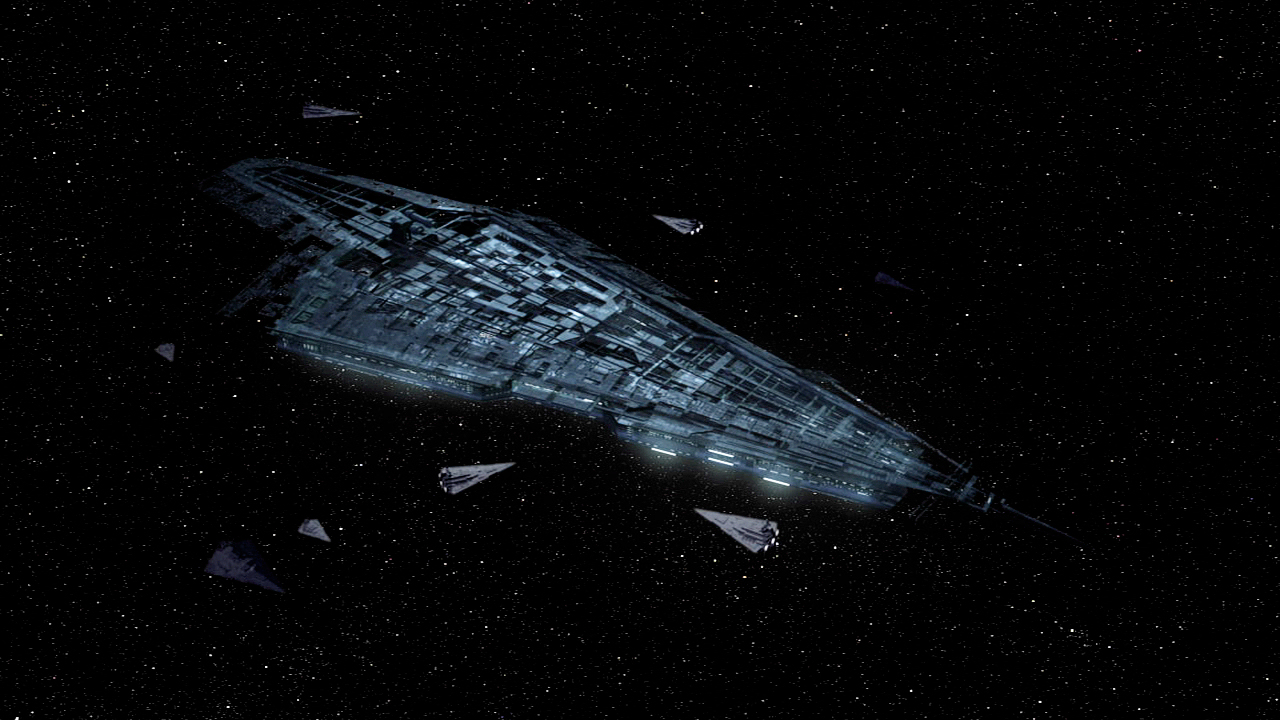 Well, ladies and gentlemen, it's evidently event time, and considering the fact that twice thrice now I've failed to get this event started, the third fourth time'll be the charm.

This event will consist of four threads laid out over the month of April, one thread per week. Final days of of April will be spent awarding prizes to the various factions involved. Every faction that participates will get a prize, but the more work you put into the event's threads, the greater your prize will be, even if it isn't the Intimidator.

THE STORY:
The Intimidator. A wrecked Executor-class Star Dreadnaught in the Unknown Regions. Considered to be the treasure trove of salvage, the derelict was slowly stripped of multiple hull panels and several weapons over the time between its destruction and the start of the Gulag plague. However, when the plague began, the Intimidator became an extremely hazardous place to salvage. Reports of mysterious ships, red and black, appearing out of nowhere and assailing persons who attempted to near the vessel began to abound amongst the trader circles. Even post-Gulag, sightings of these vessels occurred as parties of well-equipped salvage teams were decimated during their attempt to salvage the wreck.

The three initial threads will focus on an acquisition of Executor-class parts located throughout the galaxy. One collection is in a space-based thread, and two are in land-based threads. The final thread, the climax of the event, will include a space battle(with enormous overpowered boss ship, of course), and a determination of who gets the Intimidator to strip its technology from. I've

So, I've got around a month and a week to get this event prepped and ready for launch, and I'm looking for people who'd be interested in assisting me, either with maps, graphics, being gamemasters for the threads, developing prize tech, or helping conceptualize the individual threads and their locations(the originals of which were lost during the site crash). Anyone willing to help me out with round three four?

Note: BEFORE THE TROLLS COME OUT, I've already talked with an administrator as to make the Intimidator a prize without allowing its eventual conversion into a space station that can be towed around and used as a weapon of mass destruction against fleets. Save your comments about it being an overpowered vessel or station - the ship itself won't be a utilizable prize. The technology from it will be.

Character Bio
@[member="Circe Savan"] I think the date will have to be pushed back as a staff run event will begin mid-late March.

Tamara said:
@[member="Circe Savan"] I think the date will have to be pushed back as a staff run event will begin mid-late March.
Click to expand...

I can understand the rationale for doing that, but I intended to do the event during April prior to the decision of a date for the next staff event. I already got delayed by the trolls in the last thread, and I neither can afford to nor am currently able to push this back even further than it's already been moved.

Character Bio
Looks interesting =) Sure, I'll join, though not sure what character to use. I imagine it will all depend on the others, but I could use a Sith or Mandalorian for this.