In Need of Threads, and Character Development.

Character Bio
Started getting back into RP here after an on and off rut ive been stuck in and am in heavy need of threads and plots for Alexandra to try and get her off the ground and more easily RPed.

Alexandra is a Jedi Master currently with the Republic Remnant's sect of Jedi, separated and kind of terrible at the actual idea of being a Jedi most of the time but still devoted to the lightside. She lives most of her days outside of the Republic and instead finds her time spent in the woods near Alderaan's Capital, more or less claiming the woods for herself but only due to the lack of individuals that far into the woods.

She is currently within a Zorren body, due to some past events and body transfer mojo, but tends to retain the Echani appearance and is commonly seen with her former Echani appearance due to an illusion she attempts to keep in place as often as possible. Her home is pretty abandoned, covered in overgrowth from the rooftop garden with a lightside nexus having been supported and been built up there for a few decades now IC, and several years OOC.

Uh... other than that not much more to say there. If anyone needs more info just give me a shout here or PM, or obviously if you are interested in a thread. 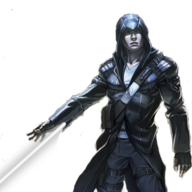 Character Bio
Alright im interested and pretty active. A resume of Acaleus is that he is a self-trained "Ghost". He trained with a Jedi, did jobs as a hired mercenary and was a Commander of an Army once (RIP the Techno Union). He doesnt work with Siths because of their selfish point of view. Im not currently joined into any faction, and not currently going to be in a while.

Im more interest in development/training threads more than fighting ones, send me a message if interested.

Would be absolutely interested in a thread with you, my bad for the late response.

Character Bio
Here for you, sifu

I'm down to thread. Tathra Khaeus is basically your boogieman, relentless and just a scary boi. Not straight up darkside, takes a more neutral stand point. But is definitely a cruel, murderous individual.

Out of curiosity, what did you have in mind for them meeting, considering their meeting would be a bit out of place normally. 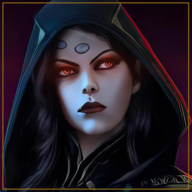 Character Bio
What what.

Character Bio
Its a doge... I do like Doges... [member="Tor Icehammer"]

Join me, you know you want to.

Promise not to turn this one evil... Saran might actually beat Alex if she creates another Sith by accident.

We should. For the last two threads we never continued.

Character Bio
[member="Alexandra Feanor"]
Well, as far as Tathra is concerned. He's currently searching for his people. The Dravalan species numbers in the hundreds, and that isn't nearly enough to prosper as a species. So, he's trying to bring them together and repopulate. So, we could be allies in that respect. Or perhaps, Tathra is a ruthless and merciless character, so his 'noble' goal could bring him to interfere with what would otherwise be Jedi business.

Third times the charm, plus im on vacation this week and most of next, so I got plenty of time.

Hmm, Ill have to think on that, but it sounds interesting. The main problem is that he seems like he would quickly and directly conflict with how Alex is now.

Ill hit you up in a pm later with my thoughts.

To be fair, you didn't train Krest. So no worries of this little one turning.

But ya, Ill pm you too, get something set up.

Shoot me a PM!
You must log in or register to reply here.

Returning and in need of threads