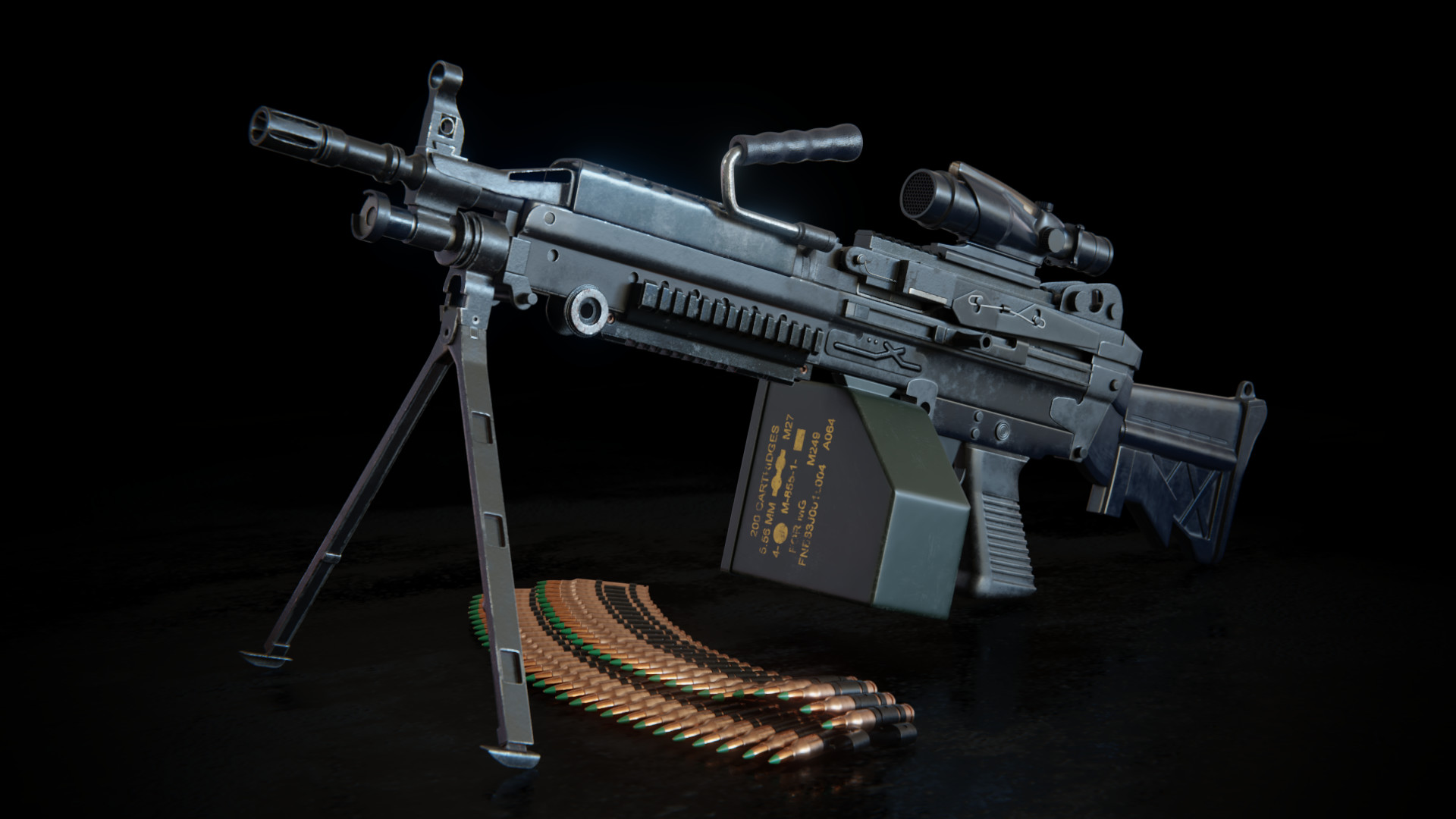 OUT OF CHARACTER INFORMATION
PRODUCTION INFORMATION
TECHNICAL SPECIFICATIONS
SPECIAL FEATURES
STRENGTHS
WEAKNESSES
DESCRIPTION
After finishing the UGL-01 the Hekler'Kok R&D team began work on the next weapon in the new line up. They decided the next weapon would be yet another weapon geared towards infantry and so they began development on the Light Machine Gun-Model 01 or LMG-01 for short. As with every weapon the R&D team began by choosing the materials for the weapon. Like most of their weapons the R&D team constructed all of the metal parts out of their patented Titanium-Alusteel alloy in order to save as much weight possible while still being rugged. Chromium was used as a barrel lining to reduce wear and tear on the barrel from repeated use. Plastoid was used for the weapons furniture to once again to save on weight without reducing durability. Lastly the weapon was plated in CeramiCoat to reduce outer wear and tear.

Once this was all figured out the R&D team began working on the features they intended to cram into the weapon. As always the traditional features of ambidextrous controls were added to better accommodate all shooters, as well as a telescoping stock for the same reason. In order to mitigate recoil better the R&D team added a modified version of the AR-01's buffer system, a heavy barrel to reduce vertical recoil and a compensator to reduce horizontal recoil though the weapon still has a high amount of recoil. The typical optics, accessory and grip rails were added so users could customize their weapon. A quick change barrel was added to prevent overheating and warping the barrel, a carrying handle to make it easier to carry when not in combat and finally a integrated bipod was added to give shooters more stability.
Last edited: May 19, 2020

Noah Corek
Awesome sub, one slight issue though.
You are one rating under, so up to you if we pass it as is or you change it.

Ravenfire
Lowered the recoil from high to average

Noah Corek
Yet another awesome gun, perfectly balanced now as all things should be.
Approved.