Character Bio
Okay guys, so as you know the Je'daii were created just under a Month ago, but we've hardly gotten off the ground. As such I'm looking to change it up quite a bit, and would like to see if anyone would be interested both in the Faction and in bringing about these changes. I'm looking for some dedicated members - Preferably not alts which won't get used.​
​
So here's the idea. The Je'daii aren't the forefront of the Faction. I'm wanting to build up a new Faction that will strive to become Major, giving people something to aim towards, which in turn allows for more Faction-orientated roleplay.​
​
So where would the Je'daii fit in? They'd be the Force-User base, but the Faction will not revolve around them. Instead they will accompany, like the Jedi in the Republic/The Prophets in LotF, etc. I think it would work more efficiently.​
​
I'd like the input of all current members that are willing to be dedicated, as well as anyone else on the board.​
​
Note that this is different from the initial set up as the former government was purely Je'daii based, and I'm planning on changing this completely if interest is captured.​
​
Thanks - Libby.​
​
@[member='Spencer Jacobs'] @[member='Qae Shena'] @[member='Heironeous'] @[member='Emahana'] @[member='Zack Danheir']​

What should we call this new faction, then?

Be Everywhere You Wanna Be. 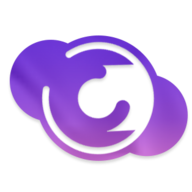 Sounds good - Wish you guys all the best.

Be Everywhere You Wanna Be.